When we think of the default mode of much of contemporary television — mingling the tragic and the offhand, broad comedy and pinpoint sentiment — we are thinking of a precise mixture of styles, emotions and textures first alchemized by “M*A*S*H.”

Created by Larry Gelbart and Gene Reynolds, “M*A*S*H” aired on CBS from 1972 to 1983. (It is currently available to stream on Hulu.) Over the course of its 11-year run, it featured alcohol-fueled high jinks and other shenanigans alongside graphic surgical sequences and portrayals of grief, blending comedy and drama in a fashion rarely seen before on television. Set among the doctors and nurses of a Korean War mobile surgical unit, “M*A*S*H” made use of the mockumentary episode decades before “The Office” ever tried it, featured blood-drenched story lines long before “The Sopranos” and killed off beloved characters without warning well before “Game of Thrones.”

The “M*A*S*H” series finale, titled “Goodbye, Farewell, and Amen,” remains the highest rated non-Super Bowl program ever broadcast on American TV. The heart of the series was Alan Alda, who played the acerbic and devoted surgeon Hawkeye Pierce throughout the show’s more than 250 episodes and also wrote and directed dozens of them.

The actor revisited “M*A*S*H” in a video interview ahead of the show’s 50th anniversary, on Sept. 17. Alda, 86, who was diagnosed with Parkinson’s disease in 2015, discussed famous scenes, the series’s battles with CBS (“They didn’t even want us to show blood at the beginning”) and why he thinks the audience connected so deeply with “M*A*S*H.” These are edited excerpts from the conversation.

How have you been feeling?

Good, thank you. You mean with regard to Parkinson’s or the Covid or what?

All of the above, I suppose.

Parkinson’s I’m on top of. And I haven’t come down with Covid yet.

What does it mean to you to know that people are still interested in “M*A*S*H” 50 years later?

I got the script submitted to me when I was making a movie in the Utah State Prison. And it was the best script I had seen since I’d been in prison. I called my wife and I said: “This is a terrific script, but I don’t see how I can do it. Because we live in New Jersey, and it has to be shot in L.A. And who knows? It could run a whole year.” To go from that to 50 years later, it’s still getting, not only attention but it’s still getting an audience, is a surprise.

What kinds of conversations did you have with Larry Gelbart before the show began?

With “All in the Family,” I think the door was open to doing stories about things that really mattered. So when I got out of prison and went down to L.A. to talk to them, the night before we started rehearsing the pilot, I wanted us all to agree that we wouldn’t just have high jinks at the front. That it would take seriously what these people were going through. The wounded, the dead. You can’t just say it’s all a party. And we talked until about 1 in the morning at a coffee shop in Beverly Hills.

Do you feel there was a shift over the first season away from the booze-fueled humor of the early episodes?

Yeah, there was. Partly because people who were submitting story lines thought that that’s what was wanted. Larry Gelbart rewrote most of the shows the first season. Midway through the first season, there was a show called “Sometimes You Hear the Bullet,” and that was a real turning point. Because in that show, a friend of Hawkeye’s shows up among the wounded, and he dies on the operating table. That’s the moment where McLean Stevenson [as Lt. Col. Henry Blake] says: “There’s two rules in war: Young men die, and then Rule 2 is there’s nothing you can do about it.” Something like that.” [The exact quote: “There are certain rules about a war. And rule No. 1 is young men die. And rule No. 2 is, doctors can’t change rule No. 1.”]

The network was furious about this. Some guy in charge of programming said, “What is this, a situation tragedy?” Soon after that, we were getting more popular. And the more popular you get, the less they complain.

Alda in “M*A*S*H” in 1977, with Gary Burghoff, as Radar, and Loretta Swit, as Maj. Margaret Houlihan, known as Hot Lips. The show lasted nearly four times as long as the Korean War.Credit…CBS, via Getty Images

Was CBS also concerned about the language used to tell these stories?

The most striking example to me was early in the series. Radar [Gary Burghoff] is explaining to somebody that he’s unfamiliar with something. And he said, “I’m a virgin at that, sir.” With no sexual context. It was just that he’d never done something before. And the CBS censor said: “You can’t say the word ‘virgin.’ That’s forbidden.” So the next week, Gelbart wrote a little scene that had nothing to do with anything. A patient is being carried through on a stretcher. And I say, “Where you from, son?” And he says, “The Virgin Islands, sir.”

Early in the show’s run, Gelbart and Reynolds went to South Korea and recorded 22 hours of interviews with doctors, nurses, pilots and orderlies there. How did those interviews make their way into story lines for the show?

We had reams of transcripts of those conversations. I would go through them looking for ideas for stories. And I could see that the other writers were doing the same thing, because there’d be circles around sentences and words. Sometimes one little phrase would spark the imagination of one of us, and that phrase could turn into a story.

Larry and Gene went to Korea at the end of the second season, and they got a lot of material for stories. But they had also found that we had, by paying attention to the lives that they lived, we had made up stories that were very similar to things that had actually happened.

People may not remember that you directed 32 episodes of “M*A*S*H” and wrote 19 episodes. How did you start getting interested in writing and directing?

At the end of the first season, I wrote a show called “The Longjohn Flap.” I borrowed the idea of “La Ronde,” but made it long johns instead because it was reflective of what their lives were like in the cold. I had been trying to learn writing since I was 8 years old. I wanted to be a writer before I wanted to be an actor.

Were there story lines that you thought “M*A*S*H” hadn’t quite tackled yet that you wanted to bring into the world of the show as a writer and director?

I see on the internet that people assumed that because I was politically active, trying to get the Equal Rights Amendment passed, that in my writing I was trying to make political points, too. And I wasn’t. I really don’t like writing that passes as entertainment when it’s really propaganda. I want to hear a human story.

“When I wrote,” Alda said, “I tried to find out a little bit more about” characters like Klinger, played by Jamie Farr.Credit…CBS, via Getty Images

The unexpected death of Colonel Blake (McLean Stevenson) in the Season 3 finale, “Abyssinia, Henry,” remains one of the biggest surprises in television history. What was it like to shoot that sequence?

Gelbart showed me the scene. I think [it was] the morning of the shoot. I knew, but nobody else knew. He wanted to get everybody’s first-time reactions. And it really affected Gary Burghoff on camera. I think everybody was grateful for the shock.

It shocked the audience, too. I had a letter from a man who complained that he had to console his 10-year-old son who was sobbing. But it was one of the ways for the adults in the audience to realize that another aspect of war is that things happen that you don’t expect.

Was there ever a point when you got tired of fighting the Korean War on TV? The old joke is the show lasted almost four times as long as the actual war.

Around a year before we finally ended it, I felt we were getting toward the end of our ability to be fresh every week. I started suggesting that we do a final movie-length episode that really could end it. First of all, we were getting too old to play these people. And after you tell stories about a group of people 250 times, it’s hard not to repeat yourself or say things that sound like they’re supposed to be funny but aren’t really.

What did it mean to you to have Hawkeye leave Korea scarred by the death of a child in the final episode?

You just described exactly what I wanted to do with all the characters on the show. I was looking for stories, each in a different way, that showed how everybody left the war with a wound of some kind. Everybody had something taken from them. And Hawkeye was just one of them.

Earlier in your career, you had been on another great military comedy, “The Phil Silvers Show,” also known as “Sergeant Bilko.” What did you learn about acting from your pre-“M*A*S*H” TV work?

The first thing I learned on the “Bilko” show was you have to know your lines before you go in for the day’s work. I had come from the stage, where I would learn my lines during rehearsal. And the first thing they did is say, “OK, you’re up for your phone conversation,” where it’s a page of dialogue. It was an eye-opening experience. [Laughs.] I staggered through that.

Why do you think the audience connected so deeply with “M*A*S*H”?

Aside from really good writing and good acting and good directing, the element that really sinks in with an audience is that, as frivolous as some of the stories are, underneath it is an awareness that real people lived through these experiences, and that we tried to respect what they went through. I think that seeps into the unconscious of the audience.

They didn’t even want us to show blood at the beginning. In the pilot, the operating room was lit by a red light, so you couldn’t tell what was blood and what wasn’t. Which, once we got picked up, was ditched.

And giving us a feel for the circumstances that the real people had to go through, so that you could see that the crazy behavior wasn’t just to be funny. It was a way of separating yourself for a moment from the nastiness.

You can’t get as harsh as it really was. 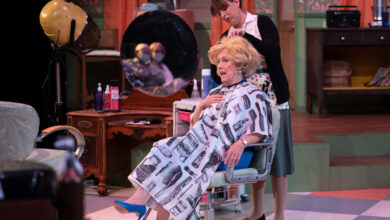 In a Small Mountain Town, a Beloved Theater Company Prevails 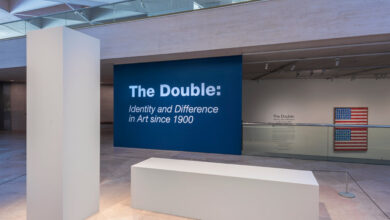 Seeing Double? So Do Great Artists. 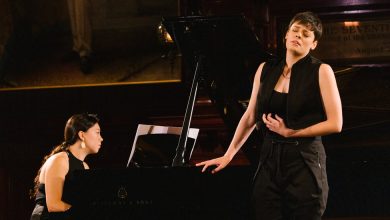 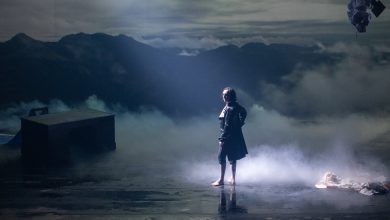