PHILADELPHIA — Workers picketing outside the entrances of the Philadelphia Museum of Art this week shouted their demands for higher pay and more generous health care benefits in a visible sign of the growing labor movement in museums across the nation.

The museum has used management and nonunion employees to keep its galleries, shops and restaurants open during the strike, which began on Monday.

Amanda Bock, an assistant curator of photography who was part of the protest, said that she had not received a raise on her $56,000 salary in three years, and that the museum’s pay rates lagged behind peer institutions such as the nearby Barnes Foundation.

“We want some provisions in there that accommodate for people giving their time and energy and career to this place,” she said, adding, “It’s up to them to come back to the bargaining table with something that respects the work that we do.”

The Philadelphia Museum of Art, known by many for the front steps that Sylvester Stallone climbed in the film “Rocky,” houses prominent works by Jasper Johns, Marcel Duchamp, Constantin Brancusi and Auguste Rodin. It recently opened “River of Forms,” an exhibition of drawings by the Italian sculptor Giuseppe Penone.

The local chapter of the American Federation of State, County and Municipal Employees, which represents about 180 museum workers, was formed in July 2020 and is seeking its first contract. It is asking that health care costs be reduced and that the minimum rate for hourly workers be raised to $16.75 from $15.

“The museum remains committed to reaching a collective bargaining agreement that is both fair to our staff and responsible to the long-term sustainability of this important Philadelphia institution,” it said in a statement.

The failure to agree to contract terms prompted the decision to strike, said Adam Rizzo, president of the union’s Local 397.

“They indicated to us that they would not move on any of the economic offers that were on the table,” Rizzo said on Wednesday, as about a dozen union members carrying placards marched in a circle outside the museum’s north entrance.

The picket line on Thursday. Management said in a statement that the museum was committed to reaching an agreement “that is both fair to our staff and responsible to the long-term sustainability of this important Philadelphia institution.” Credit…Michelle Gustafson for The New York Times

The strike comes at a moment of increased labor organizing in museums. In May, union employees at the Museum of Contemporary Art, Los Angeles, secured pay raises and enhanced benefits after more than two years of negotiations. The Solomon R. Guggenheim Museum reached a deal with its workers in February 2021.

Since the Philadelphia union was formed, organizing efforts have succeeded at the Whitney Museum of American Art and the Brooklyn Museum of Art in New York, as well as the Massachusetts Museum of Contemporary Art, the Art Institute of Chicago, the Carnegie Museums of Pittsburgh and the Walker Art Center in Minneapolis.

The strike is an early challenge for the Philadelphia Museum of Art’s new director, Sasha Suda, who began this month at an institution reeling from allegations that a manager had made several women uncomfortable.

On Thursday, Evelynn Showell of Drexel Hill, Pa., outside Philadelphia, was planning to buy tickets for an upcoming show but decided not to cross the picket line outside the museum’s north entrance. “There is no way I’m going to cross a union picket line,” said Showell, 66. “I was a unionized employee for a long time, and we’ve gone through this.”

But outside a loading dock, Rebecca Kolodziejczak, a striker, said about a dozen contractors and delivery drivers, some belonging to other museum unions, had crossed the picket line. “It’s unfortunate that people feel that they can’t stand in solidarity with us,” said Kolodziejczak, who works as a mount maker in the museum’s installations and packing department.

The museum employs about 340 people and receives some 750,000 visitors a year. A spokesman, Norman Keyes, said it still planned to open a special exhibition on Matisse in the 1930s to the public on Oct. 20, as scheduled. 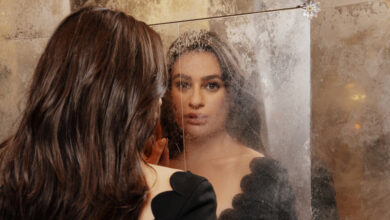 Lea Michele Is Well Aware That the Pressure Is On 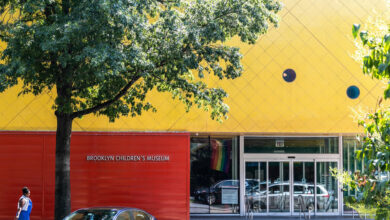 National Endowment for the Humanities Announces $31.5 Million in Grants 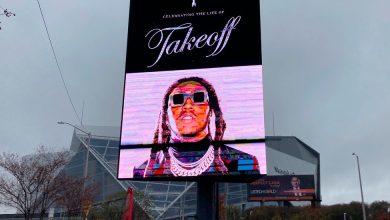 Suspect Arrested in Killing of Takeoff, the Migos Rapper