HOUSTON — He’s known as the father of environmental justice, but more than half a century ago he was just Bob Bullard from Elba, a flyspeck town deep in Alabama that didn’t pave roads, install sewers or put up streetlights in areas where Black families like his lived. His grandmother had a sixth grade education. His father was an electrician and plumber who for years couldn’t get licensed because of his race.

Now, more than four decades after Robert Bullard took an unplanned career turn into environmentalism and civil rights, the movement he helped found is clocking one of its biggest wins yet. Some $60 billion of the $370 billion in climate spending passed by Congress last month has been earmarked for environmental justice, which calls for equal environmental protections for all, the cause to which Dr. Bullard has devoted his life.

Some environmentalists have slammed the new legislation for allowing more oil and gas drilling, which generally hits disadvantaged communities the hardest. For Dr. Bullard, the new law is reason for celebration, but also caution. Too often, he said, federal money and relief funds are doled out inequitably by state and local governments, and away from people of color and poor communities, who are the most afflicted by pollution and most vulnerable to climate change. This might be a major moment for environmental justice, he said, but never before has so much been at stake.

“We need government watchdogs to ensure the money follows need,” Dr. Bullard said in a recent interview. “Climate change will make the inequities and disparities worse, and widen that gap. That’s why this time, we have to get this right.”

Dr. Bullard, 75, is one of the foremost experts of environmental justice in the world. His seminal 1990 book “Dumping in Dixie,” about toxic facilities in communities of color, has been cited in scholarly articles more than 5,600 times. He doesn’t remember when exactly he began being called the “Father of Environmental Justice,” and though the sobriquet is prominently displayed on his website, he didn’t come up with it himself (there are other vaunted elders in the field), and affects a degree of humility when asked about it.

“It’s better to be called the ‘father of’ than ‘son of,’” Dr. Bullard said during an interview at Texas Southern University this past spring. “It’s really a compliment, but again, I’ve been called worse.”

In recent years especially, as environmental justice has come to the fore, Dr. Bullard’s visibility has spiked. Requests for talks and interviews pour in daily, in no small part because of his style: He can deliver a blizzard of alarming facts while remaining upbeat, and serve up unvarnished honesty with a smile. Of the roughly two dozen awards and prestigious appointments Dr. Bullard has collected over his career, nearly half have come in the last four years. In 2021, he became a White House adviser, and, with $1.25 million from the Houston Endowment and later $4 million from the Bezos Earth Fund, Texas Southern University opened the Bullard Center for Environmental and Climate Justice.

“I don’t know any person on the planet who has done more to advocate and raise awareness on this issue,” said Dr. Paul Mohai, a professor at the School for Environment and Sustainability at the University of Michigan, who has known Dr. Bullard for more than 30 years. “It’s impossible to not have a boost of adrenaline when he speaks.”

Dr. Bullard was born in 1946 to a family that defied the odds. In 1875, 10 years after the official abolishment of slavery, his great-grandparents acquired several hundred acres of timberland in Elba. “We don’t know how they got it,” Dr. Bullard said. “We don’t ask.”

The land proved a game changer. As property holders, his parents and grandmother could vote under Jim Crow laws. On Election Days, they dressed in their Sunday best and headed to the ballot box, even though it meant paying poll taxes and passing literacy tests. Timber harvested from the land also allowed the family to send Bob and his four siblings to college, a rarity for Black people at the time.

After graduating from Alabama A&M University, young Bob Bullard had another stroke of luck. It was the height of the Vietnam War, and he was drafted to the Marines, yet somehow didn’t get deployed, escaping the harrowing fate that befell others in his platoon. Funded by the G.I. Bill, he went on to get a master’s degree and doctorate in sociology, and emerged determined to model his career on that of his hero, the writer and civil rights champion W.E.B. DuBois.

“He didn’t do dead white man sociology, he did what I call kick-ass sociology,” Dr. Bullard said. “You can be a scholar and an activist and you can do something to make change.”

The environment wasn’t on Dr. Bullard’s radar until 1979, when he was teaching sociology at Texas Southern University and his wife, Linda McKeever Bullard, a lawyer, asked for his help. She was filing a class-action lawsuit to stop a landfill from going into a middle class Black community in Houston, and tapped her husband to find out where the city’s other landfills were. He enlisted his students, and after painstaking research they discovered that although Black people made up just a quarter of Houston’s population, all five of the city’s garbage dumps, six of its eight incinerators, and three out of its four privately-owned landfills were in Black neighborhoods.

The case spent eight years in court, ending in 1987 with a decision allowing the landfill to proceed. Dr. Bullard was stunned. “The data and research were solid,” Dr. Bullard said. “But it was not enough to overcome the legacy of racism in the county system.”

After the landfill was built in the tree-lined community of Black-owned homes, Dr. Bullard said more industrial sites followed, driving down property values. “That’s theft of wealth,” he said. Outraged, he was determined to uncover more examples of how communities of color were disproportionately beset with poisoned water, soil and air.

Rev. Benjamin Chavis and others protesting the Warren County P.C.B. landfill near Afton, N.C., in 1982, considered one of the first environmental justice demonstrations in the United States.Credit…Greg Gibson/Associated Press

In the 1980s, environmentalism and civil rights were by and large on two different tracks, and Dr. Bullard struggled to get backing from either camp. The major environmental groups told him they didn’t work on what they characterized as a social issue — “my response was, ‘Is breathing social?’” Dr. Bullard said. Meanwhile, civil rights organizations often said their focus was on discrimination in housing, voting, employment and education. The “Dumping in Dixie” manuscript was rejected a dozen times for similar reasons; Dr. Bullard was told the words “environment” and “racism” didn’t belong together because the environment couldn’t be racist. The publisher who finally bought it made it into a textbook, which initially angered Dr. Bullard until he realized it was getting adopted by universities nationwide, seeding his findings in young minds.

“‘Dumping in Dixie’ is the environmental justice bible,” said Na’Taki Osborne Jelks, an environmental health scientist who studied under Dr. Bullard as an undergraduate, and now teaches at Spelman College. “He set up a road map for others to follow who wanted to combine scholarship along with activism and advocacy.”

Today, after decades of organizing and mobilizing, environmental justice is a foremost concern to climate activists, a rise that Peggy Shepard, executive director of WE ACT for Environmental Justice, in Harlem, attributed in large part to the Black Lives Matter movement and George Floyd’s murder. Ms. Shepard added that she’d never seen so much media interest or funding offers. “We’ve been fighting the David and Goliath fight with slingshot,” she said.

And environmental organizations that ignored race 15 years ago were now “stumbling over each other” to enlist people of color, Dr. Bullard said. The 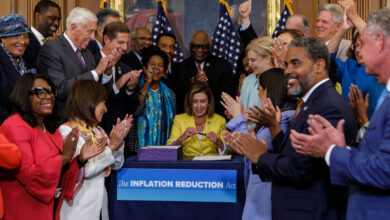 Democrats Designed the Climate Law to Be a Game Changer. Here’s How. 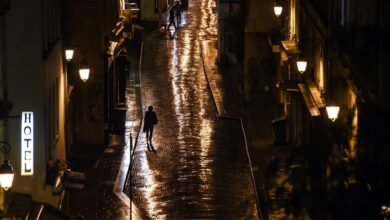 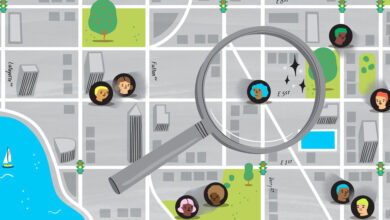 How the Find My App Became an Accidental Friendship Fixture 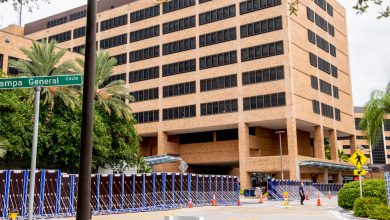