As the nation’s student debtors enter Month 20 of awaiting word on when or if President Biden will keep his promise to cancel some of their debt, many questions hang in the air.

How much should the federal government dismiss? Should higher-income people qualify? If everyone gets at least some relief, will future debtors expect it, too?

But here’s a question we’re not asking often enough: What should we do about the schools that left borrowers in a challenging situation to begin with? Without any changes to the higher education system and its institutions, debt will continue spiraling into the trillions of dollars.

One thing to do is for applicants and their families to shop differently. A good place to start is studying available government data for any school you’re considering to see whether people who attended earn more than they would have if they had gone straight into the work force after high school.

At many schools, the answer is no. Three years ago, in an examination that should have received a lot more attention, the center-left think tank Third Way put all available data for all higher education institutions together. It found that at 52 percent of the schools, more than half of the enrollees were not earning more than the typical high school graduate six years after they began their studies. After 10 years, the figure was still 29 percent.

Anyone can download the school-by-school spreadsheet that Michael Itzkowitz, the author of the Third Way study, posted. I picked 28 four-year institutions to contact, focusing on those whose most recent data showed that 60 percent or fewer people were outearning a typical high school graduate six years after enrolling.

Just under half of them did not respond to requests for comment. But officials at several other schools were willing to engage — and they questioned how much of a story any one metric can tell.

Before we hear from them, a bit more about the data in question. It comes from the College Scorecard, a Department of Education website that made its debut in 2015. Mr. Itzkowitz was the director of the Scorecard in 2015 and 2016. It includes information like a school’s net price, its graduation rate and the debt students incur.

The department describes the income data as “the share of individuals who received federal student aid, were working, and were not enrolled in school that earned more than the typical high school graduate six years after entering college.”

That income figure for the typical high school graduate was $28,000 when Mr. Itzkowitz aggregated the federal data. And in case it isn’t clear, the department includes both people who completed their studies at the school where they began and those who left before finishing.

To Mr. Itzkowitz, who is a senior fellow at Third Way and also works as an independent consultant, the figure is a simple, basic measure of whether people got what they came for. After all, most students pursue higher education to increase their earning power.

College administrators do not dispute this, for the most part. But some students are shopping for the quality of the lived experience as an undergraduate, especially at specialized schools. And they may be willing to borrow to do it, even with the possible income outcomes in mind.

At the New England Conservatory of Music in Boston, 57 percent of the people were earning more than a high school graduate six years after enrolling, according to the data that the Third Way study used. (More recent data for this particular institution is not available on the College Scorecard.)

Zach Schwartz, associate director of enrollment there, said in an interview that he and his colleagues spend a lot of time with admitted students and their families talking about money and debt. Sometimes, it is clear that it’s a bad idea, financially, for a student to matriculate.

He also asks all applicants to consider an average boring Tuesday there and compare it to one at a more standard undergraduate institution. At a conservatory, that day might include rehearsals with an orchestra and a chamber group, plus solo practice and instruction in music history and theory.

At Grambling State University in Grambling, La., and other historically Black colleges and universities, there are additional concerns. These institutions help students who may not have been well served by their previous schools, may face discrimination when hunting for a job and may face it again when asking for a raise.

Just 43 percent of the students who start at Grambling are outearning high school graduates six years later. “Our interest is not in getting the elite financially but getting the students who would not have had opportunities at other institutions,” said Gavin R. Hamms, the associate vice president of enrollment management. “It’s deeper than the data.”

Warren Wilson College in Swannanoa, N.C., faces a unique challenge. It is a so-called work college, which means students have an on-campus labor assignment. There are community engagement requirements, too, on top of regular classwork and whatever additional job students might need to earn extra income.

The school’s graduation rate is just 53 percent, according to the College Scorecard. If those among the 47 percent enter the labor market without a degree, they’re at a disadvantage. Indeed, just 37 percent of the students who start there are outearning high school graduates six years later.

Warren Wilson’s provost, Jay Roberts, didn’t shy away from the figure in an interview. Warren Wilson has obstacles to completion — and thus to higher earnings — that most other schools don’t have. While it has reduced the campus work requirements in the last few years, the school still won’t be right for every teenager who shows up thinking that it is.

Dr. Roberts does ask that people consider other metrics, too, though. The school, he said, does better than peers on survey questions of those who do graduate about whether the school prepared them for social and civic engagement and whether they find their work meaningful.

Indeed, there are students who are by no means undecided about their studies and careers and do enter college with a reasonably clear sense about their modest financial goals. Those at Hampshire College in Amherst, Mass., outearn high school graduates 46 percent of the time six years after starting.

“The majority of our students come and leave because they want to be activists, artists, educators or entrepreneurs,” said Edward Wingenbach, Hampshire’s president. “None of those career paths have early income success.”

According to Dr. Wingenbach, Hampshire’s surveys of incoming students show that when asked to rank their top future life values from a list of options, “being well off financially” ranks seventh. If anyone’s tempted to suggest that the place is filled with rich dilettantes, he noted that 36 percent of the people in this year’s entering class are eligible to receive Pell Grants for lower-income students.

That said, he also has confidence in his students’ long-term prospects. He pointed to research that shows that by age 40, people who get a liberal arts education like the one Hampshire offers see their incomes catch up to those who majored in science, technology, engineering and mathematics.

He also pointed to Hampshire’s above average performance in a recent Third Way examination of the colleges that offer the most socioeconomic mobility. Mr. Itzkowitz — who was the author of that one, too, along with another study that created price-to-earnings calculations for schools — noted that seven historically Black colleges made the top 100 in the mobility examination.

The question of who is outearning high school graduates shouldn’t be the only one college shoppers consider. But even if it isn’t the last word on the matter, it is a perfectly fine first one.

Data is a conversation starter, and it should lead pretty quickly to overarching questions that teenagers and any family members who are helping them should ask. What is the definition of success here? You may have the ability to pay or to borrow for higher education, but what should your willingness be, given the story that a school’s data tells? And have you given that institution an opportunity to put all the data in context before dismissing it out of hand?

Mr. Itzkowitz is adamant that certain schools do have some explaining to do.

“There are some institutions that are in the business of enrolling a high proportion of low-income students,” he said, “and ultimately leave them worse off than if they hadn’t attended college in the first place.” 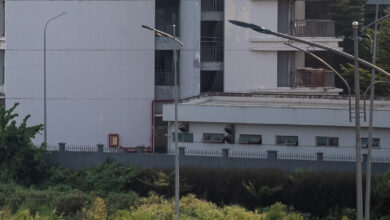 Big Tech Reconsiders the “Made in China” Way 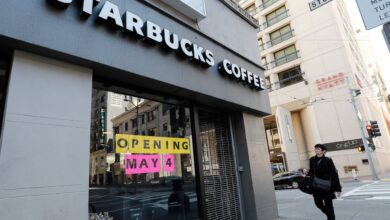 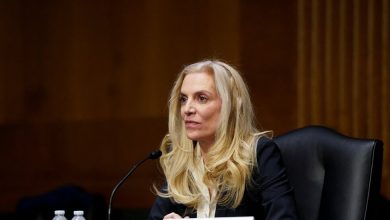 As Fed Nears Next Rate Decision, Its Vice Chair Cites Reasons for Hope 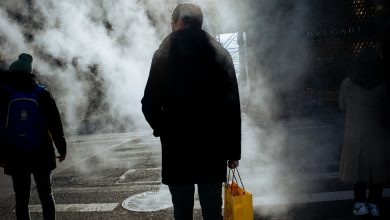 Inflation Forecasts Were Wrong Last Year. Should We Believe Them Now?