Adrienne Mancia, who scoured the world for significant films and brought them to New York as a longtime curator at the Museum of Modern Art and later at the Brooklyn Academy of Music, died on Sunday in Teaneck, N.J. She was 95.

Her niece Francine Pozner Ehrenberg confirmed the death, in a care center.

Ms. Mancia was instrumental in giving audiences some of their earliest looks at work by Wim Wenders of Germany, Manoel de Oliveira of Portugal and other notable directors, and helped rediscover archival gems and introduce subgenres like European animation and Cinema Novo from Brazil.

She joined MoMA in 1964 as the secretary to Richard Griffith, the curator of the museum’s film department. Soon she was given the title of curatorial assistant and began organizing exhibitions; she rose to associate curator and then, in 1977, curator. She held that title until 1998, when she left for the Brooklyn Academy of Music, which was opening the BAM Rose Cinemas and moving into film programming.

Her choices were crucial in expanding the horizons of American cinephiles, particularly in her early decades at MoMA.

“As this was before the age of videotape, internet and niche movie channels,” Jon Gartenberg, a curator of MoMA’s film archive for part of her tenure and a longtime friend, said by email, “the recognition for the films that she curated at MoMA garnered an outsized importance in terms of the New York film culture and beyond.”

Other museums would take their cues from the programming at MoMA and in the New Directors/New Films series sponsored by MoMA and the Film Society of Lincoln Center. Film festivals throughout North America would pick up on Ms. Mancia’s finds, and her vast influence led to awards from foreign governments.

“Adrienne Mancia has probably contributed more than any other person to the introduction of Italian cinema in America,” Renato Pachetti, the president of the RAI Corporation, which has financed numerous Italian films, said in 1988 when Ms. Mancia received the Order of the Republic of Italy. Four years earlier, France had given her similar recognition, naming her a chevalier of the Order of Arts and Letters.

Ms. Mancia traveled extensively in her search for worthy films, both new and old. The film critic J. Hoberman, who knew her for decades and worked with her as a curator on a 1991 exhibition, “Yiddish Film Between Two Worlds,” said Ms. Mancia had not been content with simply accepting the film packages that other countries would send.

“She loved to work in archives,” he said in a phone interview. “She didn’t want them to tell her which films to show. She wanted to pick them out herself.”

Her interests were not limited to foreign films, or to the highbrow end of the cinematic spectrum.

“She was a cinephile,” Mr. Hoberman said, “but she was not a snob.”

In 1979 she organized a seemingly un-MoMA-like retrospective of films from American International Pictures, which in the 1950s, ’60s and ’70s specialized in low-budget, quickly made movies for the drive-in crowd like “Girls in Prison” (1956) and “Beach Party” (1963). It wasn’t just an exercise in kitsch.

“It’s extraordinary to see how many filmmakers, writers and actors — now often referred to as ‘the new Hollywood’ — took their first creative steps at American International,” she said at the time.

“Low budgets can force you to find fresh resources,” she continued, adding that there was an “energy to these feisty films that capture a certain very American quality.”

In 1985 she presented an exhibition of films featuring Bugs Bunny and other Warner Bros. cartoon characters. Again, nostalgia wasn’t the point; the artistry represented by predigital film animation was.

“This exhibition makes me very happy and very sad,” she told The New York Times. “It makes me happy because I love it and sad because it might very well be the end of a great era, the end of complete animation, done frame by frame with great care, approaching art.”

Adrienne Phyllis Johnson was born on June 5, 1927, in Brooklyn, N.Y. Her father, Harry Johnson, owned a furniture store, and her mother, Fae (Weintraub) Johnson, was a homemaker.

She grew up in Paterson, N.J., and graduated from Eastside High School in 1944 after skipping a few grades. She received a bachelor’s degree at the University of Wisconsin at 20, and later earned a master’s degree at Columbia University.

Her niece said that she married Umberto Mancia in Italy, where she spent much of the 1950s. The marriage ended in divorce.

At MoMA, she helped establish Cineprobe, a program that from 1968 to 2002 presented works by independent and experimental filmmakers and hosted discussions with them. Though many of Ms. Mancia’s exhibitions were more mainstream, she especially enjoyed spotlighting new and little-known works and directors.

“To discover people who have new ways of saying things with film is thrilling,” she told The Daily News of New York in 1987. “It keeps the idea alive that there are still surprises out there.”

Ms. Mancia, who lived in Manhattan, is survived by a sister, Merle Johnson Pozner.

Those who worked with her said that filmmakers weren’t the only ones who benefited from Ms. Mancia; she also influenced many younger curators.

“For me, Adrienne was a major bridge between creation and curation,” Mr. Gartenberg said. “Early in my career, working at such an august institution as MoMA, Adrienne pulled me aside and reminded me that without filmmakers, none of us would have any jobs. She instilled in me a sense of humbleness that my mission was to support their creativity in my curatorial work.”

Upon her death, Ron Magliozzi, a longtime MoMA staff member who is now a curator in the film department, sent an email to colleagues.

“If only a little of Adrienne’s unmatched passion for cinema rubbed off on you,” it said, “it was enough to fuel your career.”

Tags
Film New She That Was 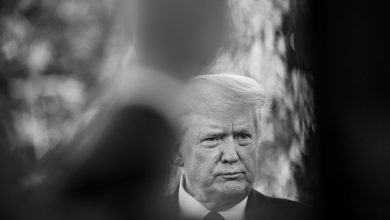 The Republicans Are Putting Trump Out to Pasture 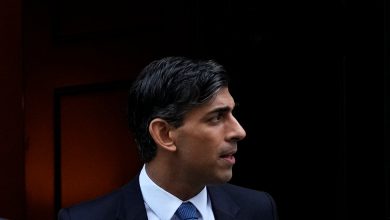 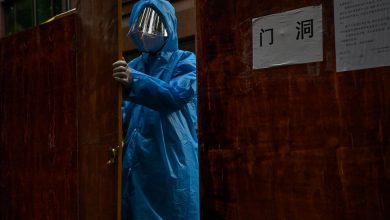 China Has an Extraordinary Covid-19 Dilemma 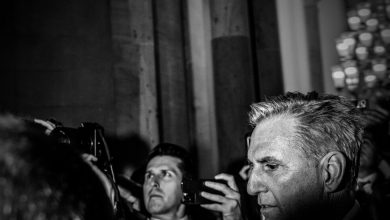 Kevin McCarthy Can’t Give Republican Rebels What They Really Want