Stanley Drucker, who was known as the dean of American orchestral clarinets during a 60-year career with the New York Philharmonic, putting his mark on countless performances and recordings under a legion of celebrated conductors, died on Monday in Vista, Calif., outside San Diego. He was 93.

His death, at the home of his daughter, Rosanne Drucker, was confirmed by his son, Lee.

Mr. Drucker, who retired in 2009, was only the fourth principal clarinetist of the Philharmonic since 1920 when he took up the post. Few wind players at any of the great American orchestras served as long.

He played for the Philharmonic music directors Leonard Bernstein, Pierre Boulez, Zubin Mehta, Kurt Masur and Lorin Maazel, presenting a style and sound that typified the Philharmonic’s character — soloistic, technically and sonically brilliant, flamboyant and on the verge of brash.

Mr. Drucker combined shapely phrasing with impeccable fingerwork. With his iron-gray hair and a slightly crooked front tooth, he was known for his youthful look and energy well into his 70s. His nickname in the orchestra was “Stanley Steamer,” a reflection of his swift marches offstage to make the commute to his home on Long Island, in Massapequa. “That’s my exercise,” he often said, “running for the train.”

Such a long tenure naturally meant that he encountered the same pieces over and over again, and he greeted them like “old friends,” he said. The different perspectives that various conductors would bring to the music, he added, kept things fresh.

“You absorb the personality and talent of whoever’s up on the podium,” he said.

Just as much, those maestri would defer to Mr. Drucker’s interpretations of clarinet solos. Such was his influence that when a clarinet-playing New York Times reporter put in a request to perform with the orchestra for an article in 2004, the final say rested not with the music director, Mr. Maazel, not the orchestra president, Zarin Mehta, not even the powerful personnel manager, Carl Schiebler, but with Mr. Drucker.

Mr. Drucker’s longevity with the Philharmonic gave rise to impressive statistics: 10,200 concerts with the orchestra, including 191 solo appearances, and performances of nearly every major clarinet concerto and soloist on more than a dozen recordings. He also recorded most of the standard clarinet chamber music works.

Mr. Drucker with Leonard Bernstein in Avery Fisher Hall at Lincoln Center in about 1967. Mr. Bernstein was just one of the Philharmonic’s renowned music directors for whom Mr. Drucker played.Credit…Bert Bial/New York Philharmonic Archives

The publication Musical America named him instrumentalist of the year in 1998, and he was one of the few living orchestral musicians with an entry in the New Grove Dictionary of Music and Musicians.

A measure for any clarinetist is the great Mozart concerto, one of the composer’s last works. Of a 2001 performance, Allan Kozinn wrote in The Times that Mr. Drucker gave a “lively, thoughtfully shaped reading” of the opening movement and “tapped all the aching beauty in the Andante.”

“But it was in the finale that he really let loose,” Mr. Kozinn added, “both with phrasing turns that pushed against the constraints of the line and by conveying a sense of heightened dialogue between his instrument and the rest of the orchestra.”

Mr. Drucker’s conceived of an orchestral wind section as one organism.

“You give and take; you don’t only take,” he said in a 2004 interview with The Times. “It’s a chamber music situation. You play to enhance.” He urged orchestral players to become deeply familiar with an entire work and express “what you have inside, what your sensitivity is.”

Stanley Drucker was born on Feb. 4, 1929, in Brooklyn to immigrants from Galicia, which was part of the Austro-Hungarian Empire when they had left it 20 years earlier. He grew up in the Brownsville and Park Slope neighborhoods. His father, Joseph, had a custom tailor shop. His mother, Rose (Oberlander) Drucker, was a homemaker.

Like so many clarinetists of the era, Mr. Drucker was inspired by Benny Goodman. His parents, seized by the Goodman craze of the time, bought him a clarinet for his 10th birthday. “They figured it was better than being a tailor,” Mr. Drucker said.

His main teacher was Leon Russianoff, a leading clarinet pedagogue of the latter half of the 20th century, after whom Mr. Drucker would name his son. Mr. Drucker attended the High School of Music and Art in Manhattan and the Curtis Institute of Music in Philadelphia.

Astonishingly, he entered the Indianapolis Symphony at age 16. “The object was to play, and get out into the real world,” he said. “I thought I knew everything, but found out quickly I didn’t.” During the summers he would return to New York for lessons with Russianoff.

Mr. Drucker spent a year touring with the Adolf Busch Chamber Players, a conductor-less ensemble led by Mr. Busch, a violinist, and then joined the Buffalo Philharmonic. By 19 he had joined the New York Philharmonic as assistant principal, after Mr. Busch suggested that the Philharmonic invite him to audition. His getting the post, in 1948, was front page news in The Brooklyn Eagle. “My parents thought I was Joe Louis,” he said.

Despite his youth, Mr. Drucker caught up quickly, learning on the job. “It was a master class every day,” he said.

Bernstein, the Philharmonic’s music director, appointed him to the principal clarinet position in 1960.

In 1998, the Philharmonic commemorated Mr. Drucker’s 50th anniversary during the final subscription program of the season by featuring him playing the Copland concerto. At the time, he pointed out that he was not the oldest player there.

“I’ve been there the longest, because I started so young,” he told The Times. “But time compresses, you know? Fifty years doesn’t really seem so long.”

Mr. Drucker married Naomi Lewis, a clarinetist who has had a fruitful career in her own right, in 1956. Their son, Leon, who goes by Lee, is a bassist with the rockabilly band Stray Cats, performing under the name Lee Rocker. Their daughter, Rosanne, is an alt-country singer-songwriter.

In addition to his wife and children, Ms. Drucker is survived by two grandchildren. He lived for most of his adult life in Massapequa.

Along with the clarinet, Mr. Drucker and his wife had a passion for their 30-foot-long fly bridge cabin cruiser, which they christened the Noni, for Ms. Drucker’s childhood nickname. They would take it for a monthlong cruise every summer.

Mr. Drucker edited numerous volumes of studies, solo works and orchestral excerpts for clarinet for the International Music Co. He taught at the Juilliard School from 1968-98.

But he was not given to high-flown pronouncements about artistry or musicianship.

“You learn all of this stuff,” he once said. “And after a point, somebody has to tell you, ‘Forget it all, just go out and play.’”

Tags
Music Play That Was With 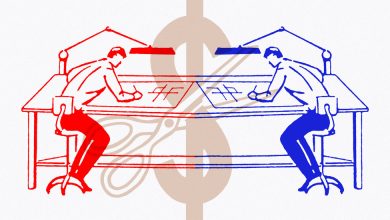 What America Should Do About Its Ballooning Debt 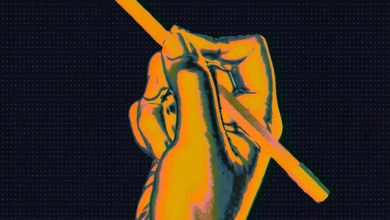 The Dark Possibilities of A.I. and Art 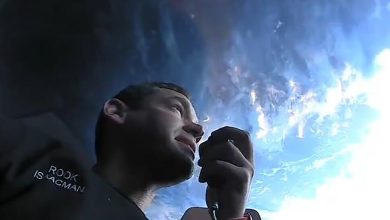 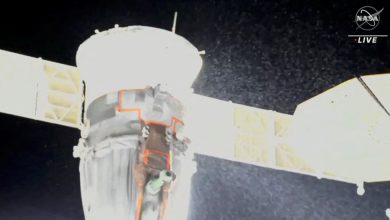 Russian Spacewalk Is Canceled Due to Coolant Leak