The sun has nourished life on Earth, but it will not be so hospitable forever. Five billion years into the future, our solar system’s star will grow so immense that Mercury, Venus and, possibly, Earth, will be swallowed whole.

It may seem like an ignominious end to our beloved home. But scientists think that this process of “planetary engulfment,” in which stars devour their own planets, is common in the life cycle of star systems.

Researchers call them “cannibal stars” (although it is planets they eat, not other stars), and they might explain tantalizing mysteries in astronomy, weird orbital configurations and polluted starlight that have puzzled scientists for years. But there is a more basic appeal: The studying planetary engulfment may help us understand the very long-term fate of Earth and provide clues in the search for extraterrestrial life. What could be more human than forecasting the end of the world and pondering whether we are alone in the universe?

“For the case of the Earth, I think it’s rather unclear whether it’s going to be engulfed or not, but it’s certainly going to become impossible to live on,” said Ricardo Yarza, a graduate student in astronomy at the University of California, Santa Cruz, who studies planetary engulfment. “It’s always interesting to imagine a civilization becoming aware of this, like us, and realizing that at some point, you’ve got to leave home.”

Stars come in many varieties including simmering dwarfs and brilliant hypergiants. The life expectancy and ultimate fate of a star — and, therefore, any planets orbiting it — is tied to its mass: Red dwarfs may live for trillions of years, whereas massive stars blow up within a few million.

Sun-size stars begin their death rites when they run out of hydrogen, causing their borders to expand hundreds of times over. During this “red giant” phase, many stars devour their innermost planets before exhausting their remaining fuel.

Red giants, which were discovered about a century ago, sometimes make appearances in science fiction stories as ominous backdrops to doomed civilizations or as visions of our solar system’s distant future. Though we’ve often imagined the world-ending creep of advancing stars, the actual process of planetary engulfment remains shrouded in mystery.

As early as 1967, for instance, astronomers pondered the “ultimate fate of the planetary material” that is engulfed by stars. But they could only speculate, in part because scientists weren’t able to confirm that planets orbited other stars until the 1990s.

Since that time, a staggering 5,000 exoplanets have been detected by missions such as NASA’s Kepler space observatory, ushering in a new understanding of the countless ways in which star systems evolve and how they eventually die. The next generation of observatories on Earth and beyond, including the newly operational James Webb Space Telescope, will image these worlds in never-before-seen detail, shedding light on their odds of hosting life.

The sheer abundance of known exoplanets, especially those in tight orbits, implies that the lives of many worlds will end inside the bellies of their host stars. But there are many gaps in astronomers’ knowledge because it is difficult to catch stars in the act of devouring planets. Creating models of engulfment events is also tricky, partly because of the extreme disparities between the sizes of stars and their planetary meals.

“Understanding planetary engulfment and how it affects the fates of planetary systems involves answering several questions,” said Mr. Yarza, who presented new research on this topic before the American Astronomical Society in June. “What happens to planets that are engulfed?” Do some of them survive? Are all of them going to be destroyed? What happens to the star as a result of engulfment?”

To play out some of those scenarios, Mr. Yarza and his colleagues modeled engulfments of planets larger than Jupiter in their study, which has been submitted to the Astrophysical Journal. To account for the size discrepancies of stars and planets, the researchers developed an approach that homed in on the gassy outer region of the star where planets are first engulfed.

The results suggest that stars with massive planets may sometimes bite off more than they can chew, with extreme consequences for both objects. Whereas Earth-sized worlds are gobbled up without a fuss, planets that are much more massive than Jupiter can take some stars down from the inside. 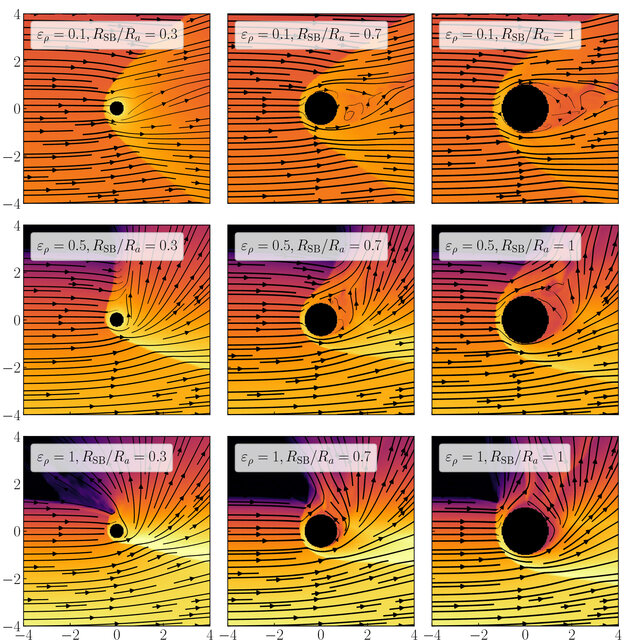 Hydrodynamics and survivability during planetary engulfment.

Picture one of these uber-Jupiters as it is at last overtaken by the fringes of the star that anchored it for billions of years. Gases swirl where the bodies meet. As the mighty world slips into the inferno, it transfers its momentum to the star. The instabilities that arise from this exchange can throw the star so off-kilter that it ejects its stellar atmosphere into space and subsequently collapses into a dead white dwarf.

This sequence could explain “confusing” observations of planets in close orbits around white dwarfs, Mr. Yarza said. It’s unclear how these worlds have survived the deaths of their stars. The new models hint at the answer: An engulfed giant planet, after triggering the ejection of the star’s outer layers, could be pushed into a new and much tighter orbit in which it is not completely burned up.

It gets weirder: Some giant planets that spark star-killing ejections may also bring new worlds into existence as they are immolated in the stellar furnace. “You can have a planet that is engulfed, then ejects some material, and that material can form a disk around the star that forms a new planet,” Mr. Yarza said, describing the new planet as “rising from the ashes.” He added, “You have a planet that gets destroyed, but it does enough in the star that a new planet comes out of it.”

Other curious observations include a stellar version of the adage “you are what you eat”: Stars become enriched with planetary elements such as lithium, allowing astronomers to identify cannibal stars by chemical signatures imprinted into their light.

“Catching the star engulfing a planet is going to be difficult to do” because it’s “a short-lived event,” said Melinda Soares-Furtado, a NASA Hubble Postdoctoral Fellow at the University of Wisconsin-Madison and a co-author of the study. “But the signatures that are left behind can be observable for much, much longer — even billions of years.”

Systems with two stars, known as binaries, are ideal environments to search for evidence of sudden engulfments. Twin stars are usually born together from the same cloud of gas and dust, rendering them chemically identical. But about 25 percent to 30 percent of sun-like stars in binaries have anomalous signatures that present “a source of tension between theory and observations,” according to a 2021 study published in Nature Astronomy.

Lorenzo Spina, an astrophysicist at the Astronomical Observatory of Padua in Italy and an author of that study, thinks these chemical differences can expose the remains of disembodied worlds. Though it’s unclear how often planets face this ultimate apocalypse — a collision course with a star — it could be a major factor in assessing the potential habitability of other systems.

“We don’t want this situation when we are looking for a planetary system that could possibly host life,” Dr. Spina said. “We want to find stars that host planetary systems that are ‘boring,’ let’s say, like our own planetary system, which we know didn’t change much in the past.”

On the flip side, dissolutions and mixtures of worlds into stars during an engulfment could open a rare window into the interior ingredients of exoplanets.

“This will be very cool because, of course, the chemical composition of a planet is really important for the flourishing of life,” Dr. Spina said.

When pondering these epic engulfments, it’s hard not to wonder if any extraterrestrial civilizations have been unceremoniously tossed into their stars or forced to migrate deeper into their star systems, moving to worlds made newly habitable by the warmth of advancing red giants. In five billion years, the frozen outer worlds of our own solar system may be nourished by the sun, even as its inner planets are consumed.

Engulfment is “the fate of Mercury and Venus in our own solar system, if you speed up the clock and look at what happens to the sun,” Dr. Soares-Furtado said. She added, “you have Jupiter, Saturn and Uranus sitting in a nice habitable region” simultaneously.

With new telescopes, she said, scientists will get “more glimpses of those later stages.” 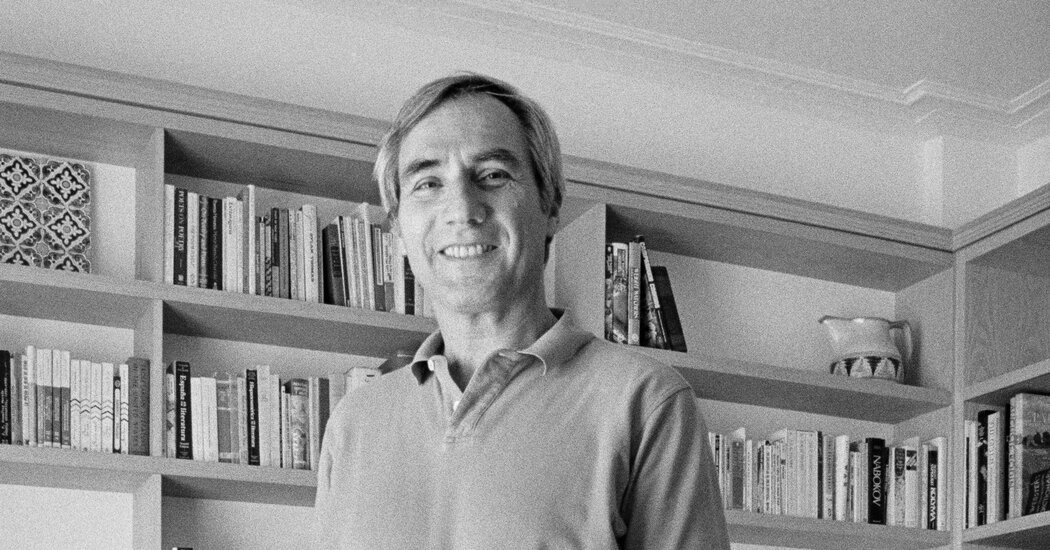 Bernard Marson, a Catalyst for SoHo’s Renaissance, Dies at 91 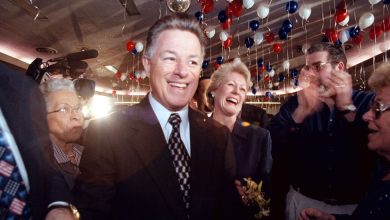 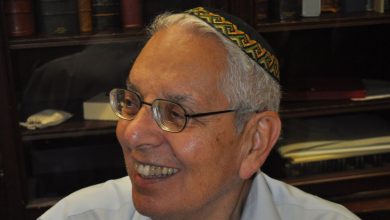 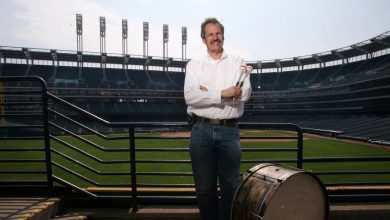 John Adams, Who Banged His Drum Loudly in Cleveland, Dies at 71