The principal intent of campaigns is to give voice to the candidates’ positions on major issues. When casting their ballots, voters consider personality, party allegiance, character traits and other factors. In Pennsylvania’s Senate election, a candidate’s personal health has come to the fore, and the outcome could be a key in determining control of the Senate.

In my experience, politicians who are not fully transparent in disclosing their health information can become vulnerable to the spread of misinformation, rumors and antics that detract from the candidate’s stances on major issues. That risk is playing out in the Fetterman-Oz race in Pennsylvania.

It began in May, when the Democratic candidate, Lt. Gov. John Fetterman, experienced a stroke, a common affliction. But his campaign has undergone criticism for delays in disclosing relevant health information. It was learned that Mr. Fetterman was diagnosed with a serious abnormal heart rhythm, atrial fibrillation, in 2017. Since that diagnosis, Mr. Fetterman had failed to take prescribed medications and to visit a doctor until the stroke emergency. After his stroke, Mr. Fetterman received a pacemaker-defibrillator for another heart ailment, cardiomyopathy, which reduces the organ’s strength in pumping blood to the body.

During recovery he has stammered, spoken haltingly and acknowledged difficulty in auditory processing, a common problem in strokes. In the upcoming Oct. 25 debate with his opponent, Mehmet Oz, Mr. Fetterman has requested accommodations, like a closed-caption monitor so he doesn’t miss words.

Like other stroke survivors, Mr. Fetterman has benefited from an increasingly sophisticated understanding of the plasticity of the brain and from medical advances in detecting and treating strokes. He says his health is “robust,” and has responded to journalists’ questions about his fitness for office by saying, “Sometimes I might miss a word and sometimes I might mush two words together.” Such slips, while embarrassing, do not necessarily indicate cognitive problems like deficits in problem solving, reasoning and critical thinking.

But the Fetterman campaign has given the public little opportunity to clarify his medical issue. Over the years, my reporting has found that,for various reasons, doctors’ statements concerning a political leader are not always as complete as they should be. The Fetterman campaign has released only one statement from his cardiologist, in June. Although his campaign has said the candidate has received normal scores on cognitive tests, it has not released his full cognitive testing results or information from a neurologist about the stroke-affected area of his brain.

Mr. Fetterman may have avoided his health becoming a political issue had he, party officials and journalists met their civic responsibilities to check on his health when he entered the primary campaign. Mr. Oz, a former heart surgeon, only just released his own personal medical information, on Friday.

In an election, voters expect that candidates can fulfill their duties for a full term. In my view, no ailment should prevent individuals from seeking elected office provided they have disclosed their full medical information. Voters define and decide fitness for office.

A “Get Well Soon” card for John Fetterman at a watch party in Pittsburgh, PA in May while he was in this hospital recovering from a stroke.Credit…Maddie McGarvey for The New York Times

Some view disclosing a candidate’s health as a clash between an individual’s right to medical confidentiality and the public’s right to know about that candidate’s health. Because no one forces anyone to run for office, candidates can easily avoid such a clash by volunteering and authorizing their doctors to disclose complete health information.

Seekers of elected offices may not relish disclosing personal health information. Their doctors may be annoyed at armchair physicians not involved with a politician’s medical care second-guessing their diagnostic and treatment decisions. Politicians should realize that disclosing limited information about their health can make it more of an issue than full transparency.

Full disclosure is no guarantee that a healthy candidate will serve effectively in office or an ailing one will perform poorly. Nor does it guarantee that a healthy candidate will escape experiencing a serious ailment in office. When that occurs, the public generally supports allowing the office holder a reasonable recuperative period. Two sitting U. S. senators (Ben Ray Luján, Democrat of New Mexico, and Chris Van Hollen, Democrat of Maryland) experienced strokes earlier this year and have returned to work.

But when ailments become incapacitating or interfere with members fulfilling their duties, Congress lacks its version of the 25th Amendment to the Constitution, which determines steps to remove a disabled president from office or appointing the vice president as acting president. Without such a provision, seriously ailing members of Congress are allowed to retain their seats until they face re-election at term’s end, and voters should be aware of that possibility.

A benefit of candidates disclosing their health status, and attending to their own well-being, is that publicity about a politician’s medical care can be instructive. For example, discovery of President Reagan’s colon cancer after a colonoscopy in 1985 encouraged many other Americans to undergo the screening procedure. Perhaps Mr. Fetterman’s saga will encourage Americans to follow their doctors’ advice and journalists to motivate politicians to release fully transparent health information. 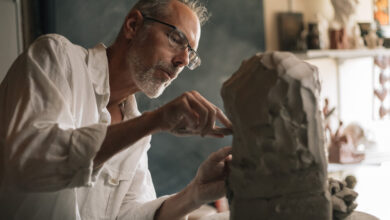 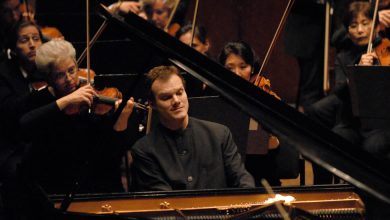 Lars Vogt, Acclaimed Pianist and Conductor, Is Dead at 51 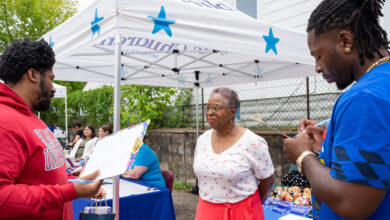 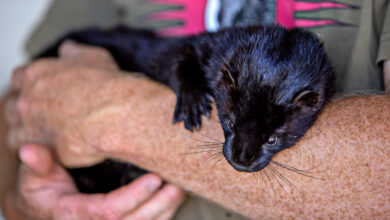