Protesters descended on the home and the office of a gay member of the New York City Council on Monday, vandalizing the walls with homophobic graffiti and attacking one of his neighbors, over his support for Drag Story Hour events at local libraries.

The council member, Erik Bottcher, documented the vandalism on social media, where he also shared a video of protesters screaming and banging on his office door. Another video showed them gathering outside his apartment building in Chelsea, a neighborhood with a large L.G.B.T.Q. population.

Drag story hour events have drawn an increasing number of protests and threats across the country in recent years, including a series of tense demonstrations in New York, a city known for its inclusivity, over the last month. The incident on Monday was the latest in a series of standoffs in New York over the drag events, where costumed performers read to children at libraries and community centers.

Graffiti left at Mr. Bottcher’s home and office included the term “groomer,” a trope often used by anti-gay groups, as well as conservative political and media figures, to falsely conflate homosexuality and pedophilia. Two of the protesters were arrested on Monday for trespassing at Mr. Bottcher’s home, according to the police.

“This idea that children are being victimized at drag queen story hour” was an “unhinged right wing conspiracy theory,” Mr. Bottcher said in an interview.

“These people are hoping their tactics will silence us and intimidate us” he said. “But unfortunately for them it is going to have the opposite effect. Our resolve is even more strengthened now.”

The protesters, who did not respond to requests for comment via Instagram on Tuesday, also documented the incident in videos on their own social media accounts.

None of the protesters identified themselves, but one said he was a gay man and another said she was a transgender woman. Several of the protesters said they were angry at Mr. Bottcher for criticizing their activism against drag story hour, which they said was inappropriate for children.

“Children as old as three and up do not belong in adult education,” one protester said on video, as she stood in the hallway in front of Mr. Bottcher’s office. “Where’s the book about God or supporting law enforcement?”

Drag Story Hour is a nonprofit organization based in New York City that has been organizing readings across the country since 2015.

As the events became more popular, they were dogged by protests and featured in angry segments on Fox News and other conservative media outlets that described them as inappropriate for children.

Recently, critics have ratcheted up the tenor of their attacks, describing the story hours as hunting grounds for pedophiles, which possibly inspired the protests against them, some of which turned violent. There were at least 141 protests, attacks or “significant threats” against drag events in the United States so far this year, according to a report published by GLAAD, an L.G.B.T.Q. advocacy organization, at the end of November.

Jonathan Hamilt, the co-founder of Drag Story Hour, said the events were meant to help children “learn about the diversity of the world they live in” and that opposition to them was rooted in homophobia and transphobia.

“We want kids to be free to be their most fabulous selves,” he said.

He said performers for Drag Story Hour undergo background checks at the county, state and federal level, and those who work in New York City also take a child safety course through the public library system. Yun-Hee Proffit, the executive director of the group’s New York City chapter, said it held 244 events in the city last year.

Last Saturday, protesters gathered outside a drag story hour event at a library in Chelsea. When the reading concluded, the protesters chased the drag artist down the block and surrounded the performer’s car, preventing the car from leaving until the protest had been dispersed by police officers, Ms. Proffit said. A similar protest was held outside the Staten Island Children’s Museum on Dec. 3, she said.

A group believed to be behind many of the protests in New York shared videos of Monday’s incident on social media, though it was not immediately clear if its members had organized it. The group, called the Guardians of Divinity, a far-right organization, got its start opposing pandemic-era vaccine and mask mandates.

The Guardians of Divinity have shown up at several Drag Story Hour events in Jackson Heights, Queens, and they also disrupted a community forum in Astoria hosted by Representative Alexandria Ocasio-Cortez on Oct. 18. Ms. Proffit said that police are now showing up at many of her organization’s events.

“This idea that children are being victimized at drag queen story hour” is an “unhinged right wing conspiracy theory,” said City Council member Erik Bottcher, right, whose home and office were visited by protesters this week. Credit…Jeenah Moon for The New York Times

The incidents on Monday began in the afternoon at Mr. Bottcher’s district office on West 30th Street. Protesters banged on the door and screamed at the staff inside for roughly 30 minutes before they defaced the hallway and left, he said.

In one video Mr. Bottcher posted on Twitter of the incident, protesters can be heard telling him to read the Bible.

Mr. Bottcher then went to a menorah lighting ceremony at Congregation Beit Simchat Torah, a synagogue nearby, he said. “When I got out of the service I looked at my phone and I had all these missed calls from my neighbors,” he said. “I immediately knew that meant that these people had gone to my home.”

He rushed to his apartment to find police tape stretched across the entrance to his building. The building itself and the sidewalk outside were covered in homophobic graffiti, he said. A group of protesters had entered the building and were confronted by the super, who called the police.

George Henderson, 52, Mr. Bottcher’s neighbor, was walking his dog when he saw six people enter the building. Another 20 or so were shouting obscenities on the sidewalk outside, Mr. Henderson said.

Mr. Henderson said he engaged with the protesters, shouting at them to go home and stop disrupting the neighborhood, when the group turned on him.

“One guy was threatening me with his cigarette, pointing it at me, like he could burn my face with it,” said Mr. Henderson, who said the encounter left him with a cut face and a scraped knee. “Another one of them came at me from behind and pushed me into a car.”

Tags
Children Office Said That Was 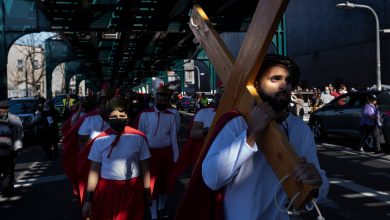 A Look Inside New York’s Swirling Kaleidoscope of Faiths 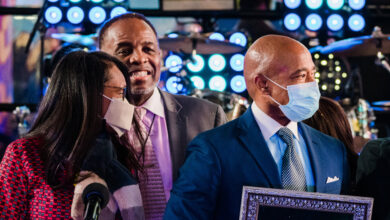 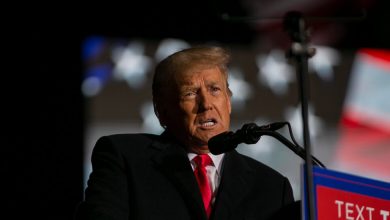 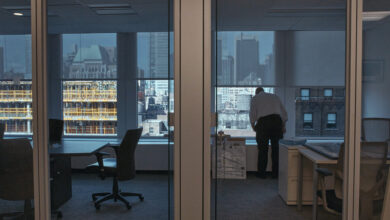