A man charged with bludgeoning a Chinese immigrant on a Queens sidewalk last year has pleaded guilty to manslaughter and faces a probable 20-year-prison term when he is sentenced next month, officials said.

The victim of the beating, GuiYing Ma, a 61-year-old grandmother who moved to New York with her husband to seek out adventure and better-paying jobs, was sweeping a sidewalk in the North Corona neighborhood on Nov. 26, 2021, when a man confronted her and hit her twice in the head with a large rock.

Ms. Ma spent about three months in the hospital before dying in February.

Elisaul Perez, 33, was arrested near the scene and told a police officer what he had done, according to court documents. Mr. Perez, who had prior arrests for robbery, assault and public lewdness, was initially charged with assault and criminal possession of a weapon. After Ms. Ma died, the charges were upgraded to second-degree murder and first-degree manslaughter.

He pleaded guilty to the manslaughter count last week, and is scheduled to be sentenced on Jan. 10, court records show. The Queens district attorney’s office said the judge overseeing the case had indicated he would sentence Mr. Perez to 20 years in prison, the upper end of the sentencing range, to be followed by five years of supervised release.

“We can only hope that the long prison sentence will provide at least some measure of solace to the family of Ms. Ma,” Melinda Katz, the Queens district attorney, said on Friday. “Her loss was as heartbreaking as it was senseless.”

The attack on Ms. Ma came amid a wave of violence against people of Asian descent in New York and prompted Asian American organizations and residents to demand that more be done to quell the attacks.

Mr. Perez was not charged with committing a hate crime. Such a charge often requires explicit evidence of a racial slur or other clear type of bias.

A lawyer for Mr. Perez did not immediately respond to a request for comment; neither did Jennifer Wu, a lawyer for Ms. Ma’s family.

Ms. Ma and her husband, Zhanxin Gao, left their home in northeastern China in 2017. They were both 56 at the time. Although neither of them spoke English or had ever been to the United States, they applied for visas in hopes of making money to support their son and his children back home.

After settling in Queens, Mr. Gao worked for the couple’s landlord at a company that changed and cleaned grease filters for restaurant kitchens. They eked out a simple life on a limited budget, bound by their admiration for each other, their deep bond and a spirit of adventure. 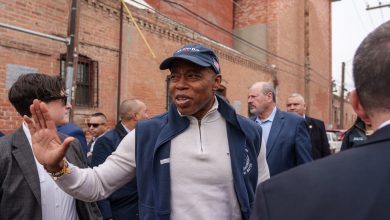 Don’t Let Republicans Off the Hook on Same-Sex Marriage 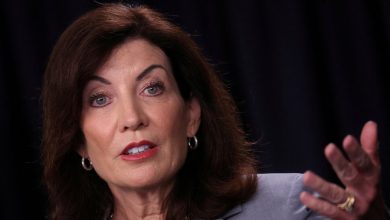 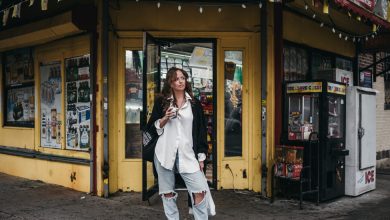 How a World Cup Podcaster (and Messi Superfan) Spends Her Sundays