The longtime chief of staff to Letitia James, the New York attorney general, has resigned amid an investigation into at least two separate sexual harassment allegations, according to a person with direct knowledge of the matter.

An investigation into the allegations against the chief of staff, Ibrahim Khan, was confirmed by three people with knowledge of the matter.

Mr. Khan, who has been one of Ms. James’s closest political advisers for nearly a decade, was accused of inappropriate touching and unwanted kissing by at least one woman. Ms. James hired a law firm to investigate the allegations, two of the people said.

One of the women who filed a complaint was told on Friday that her allegation of inappropriate touching and unwanted kissing had been substantiated.

Mr. Khan could not immediately be reached for comment. The office confirmed his resignation in a statement.

“The office of attorney general has protocols in place to thoroughly investigate any allegation of misconduct,” said a spokeswoman. “The office takes these matters with the utmost seriousness and this situation is no different. An independent, impartial investigation was conducted, and the employee has since resigned.”

Mr. Khan began working as a spokesman for Ms. James’s campaign for New York City public advocate in 2013 and then, after she took office, as her chief of staff.

He remained by her side in 2021 when Ms. James oversaw a sexual harassment inquiry into Andrew M. Cuomo, which found that the then-governor had harassed at least 11 women.

When investigators hired by Ms. James’s office determined that Mr. Cuomo had sexually harassed multiple women over a seven-year period, Ms. James spoke out forcefully against the governor.

“No man — no matter how powerful — can be allowed to harass women,” she said in a statement.

When It Comes to Eating Away at Democracy, Trump Is a Winner 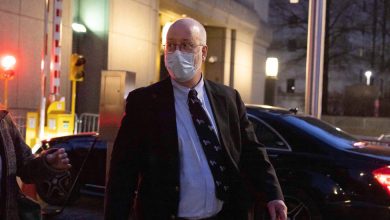 Former Gynecologist Convicted of Luring Women to His Office for Abuse 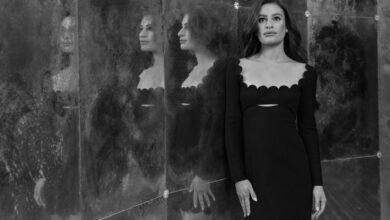 Lea Michele and the Question of Second Chances 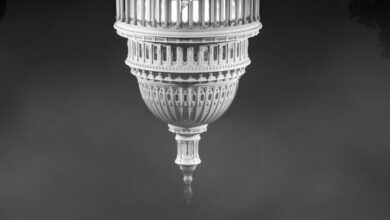 The Most Productive Dysfunctional Congress Ever