Judge didn’t do it on the homestand, and the Yankees left for Toronto after Sunday night’s rain-shortened 2-0 victory over Boston in six innings. Instead of history, Judge gave the fans a lesson in just how difficult it is to homer on demand.

“They kind of happen by accident,” said Judge, who doubled, walked and flied to left off the Red Sox rookie Brayan Bello. “I think homers are more thrown than hit, to be honest. It really takes the right pitch, the right situation. It’s tough to describe, it just kind of happens. That’s why I usually just sprint out of the box.”

Judge came to bat 21 times after smashing his 60th homer in the ninth inning on Tuesday against Pittsburgh. He reached base 10 times in those 21 plate appearances, which works out to a .476 on-base percentage. Babe Ruth’s career mark was .474.

The rest of the homestand, in other words, was still quite successful for Judge. After that 60th homer, he had three doubles, a single and six walks, with six strikeouts, four fly outs and a ground out. He also nailed a runner at second with a perfect throw from right field on Thursday and added to his major league lead in runs scored (125).

And, of course, there was this: the Yankees won all the games and carried a seven-game streak across the border. They need one victory over the Blue Jays to clinch the A.L. East, and Manager Aaron Boone was not at all disappointed that Judge could not match Maris before the trip.

“No — we just went 6-0 on the homestand,” Boone said. “He was right in the middle of all of it. The script will play out. It’s the drama of sport: Things happen if and when they’re supposed to. You’re competing at the highest level; you can’t just push buttons to have things happen. Just proud of the way he’s handling it and continuing to be the central figure in us winning games.”

The winning has returned for the Yankees after their summer malaise. They’ve won 11 of their last 13 games and 21 of their last 31, a stretch that followed a 3-14 slog through much of August.

“You can’t even notice that he’s about to hit his 61st homer,” Cortes said. “Inside the clubhouse, behind the scenes, he’s the same guy, and that’s what makes him so special. Whether he’s on a tear or he’s struggling, he’s the same guy always and we feed off that energy, too — no matter how good or bad you’re doing, we’ve got to keep it level for every other guy in there. That’s kind of how we weathered that rough patch — we tried to stay the same, in neutral, all the time.”

The Yankees will almost surely be the No. 2 seed in the postseason, meaning that their journey would start at home with a division series on Oct. 11, after the lower seeds play a new best-of-three round. Lately they have been simulating tight playoff games, in a way, earning seven of their last nine victories in one- or two-run games.

The Yankees have concerns. Their ace, Gerrit Cole, leads the A.L. in home runs allowed, with 31; they have several strong relievers but no set closer; two left-handed hitters (Andrew Benintendi and Matt Carpenter) are injured, and so is DJ LeMahieu, a two-time batting champion.

But Judge has been a force through it all, chasing not only Maris but the triple crown, which has been accomplished only once since 1967 (by Detroit’s Miguel Cabrera in 2012). Besides Judge’s runaway lead in homers and runs batted in (128), he finished Sunday’s game as the A.L. leader in batting average at .314, percentage points ahead of Boston’s Xander Bogaerts.

Judge did not homer after hitting his 60th home run of the season on Thursday, but he had a .476 on-base percentage over five games, all of which were Yankees victories.Credit…Michelle Farsi for The New York Times

Judge also leads the Yankees in games played, with 148, and Boone gave him partial rest on Sunday by using him as the designated hitter. The Yankees have one more scheduled off day in the regular season — on Thursday, before a weekend series in the Bronx against Baltimore and a season-ending series in Texas — but Judge isn’t quite ready for another.

“Oh, I’m playing til we clinch this division and put ourselves in a good spot,” he said. “I don’t think I’ll be asking for any off-days.”

The Blue Jays will start Kevin Gausman, José Berríos and Mitch White in this week’s series, and Judge knows them well. He has hit .381 in his career against the trio, with three homers off Gausman as a rookie in 2017 and a homer off Berríos this April. The Rogers Centre should be loud with the Blue Jays closing in on a wild-card berth, but the Yankees and Judge are used to that.

While some of Judge’s at-bats seemed to unplug Yankee Stadium — you can’t clap when you’re filming with your cellphone — the park was also raucous at times, with piercing roars for every Judge fly ball. Again: good practice for October.

“After that first game against Pittsburgh, it settled in to just think of it as a postseason game,” Judge said. “The fans are going crazy, they’re on their feet, they’re in on every pitch. When you have that type of mindset that, ‘Hey, it’s a playoff game, this is just another game, I’m trying to help the team win,’ it kind of makes it easier to step in the box and lock it in.”

When Judge does that, good stuff tends to happen. And good stuff, as he showed the last few days, is not limited to the one feat everybody craves. 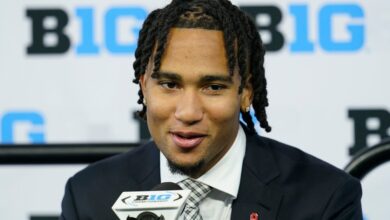 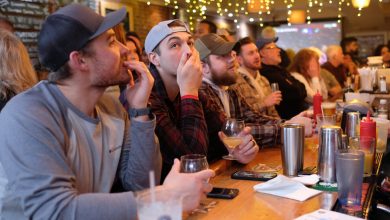 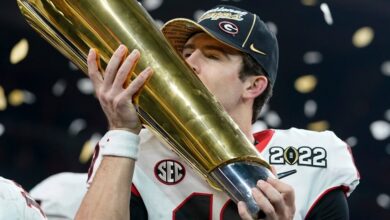