Their first fight, a middleweight title unification bout in September 2017, ended in a draw, with each man retaining his belts. The rematch came almost exactly one year later, with Álvarez winning by a razor-thin majority decision. One judge scored the bout a draw, while the other two favored Álvarez by a single round.

Boxing fans expected to see a decisive third bout quickly. With HBO, which had aired the first two bouts, exiting the boxing business, the sports streaming service DAZN made deals with both fighters’ promoters. The plan was for a third Álvarez-Golovkin fight to drive customers to DAZN as it ramped up its operations in the United States in 2019.

So why is the heavily anticipated third chapter of a matchup often simply referred to by the fighter’s nicknames — Canelo vs. GGG — only set to take place this Saturday?

Blame the delay on the usual reasons in boxing — a mixture of business, promotional politics and personal pride.

Whether the lengthy wait has pushed this bout past its “best by” date, in terms of either action or the sales it can generate, is still unclear. But Álvarez, 32, whose super middleweight titles will be at stake at T-Mobile Arena in Las Vegas, maintains that this rematch with Golovkin is coming at the ideal time.

“The people want to see it, and we have a chance to show them who’s the best,” Álvarez said in an interview over a videoconference. “It’s the best time to do this fight. It’s time to end this rivalry, right now.”

Álvarez (57-2-2, 39 knockouts) views the four-year gap between his fights with Golovkin through the prism of competition. Álvarez said moving up from middleweight and winning the undisputed super middleweight championship became his main priority in 2020 and 2021. He achieved that goal with a series of wins, starting in late 2020 and culminating with an 11th-round technical knockout over Caleb Plant last November.

In November 2019, Álvarez even fought at light heavyweight, knocking out Sergey Kovalev to win the World Boxing Organization title. He returned to that 175-pound weight class in May to challenge Dmitry Bivol for his World Boxing Association belt. After Bivol defeated him by unanimous decision, Álvarez dropped back down to the 168-pound super middleweight class, where Golovkin, who usually fights as a 160-pound middleweight, was waiting.

Their first fight in 2017 ended in a draw, and both Álvarez and Golovkin argued that they deserved the win.Credit…Isaac Brekken/Associated Press

A win over Golovkin on Saturday would help Álvarez repair whatever damage his reputation and marketability suffered after his loss in May. Golovkin’s trainer, Johnathon Banks, calls the bout’s timing convenient for Álvarez.

“He lost to Bivol. He didn’t see that coming,” said Banks, a Detroit native and retired heavyweight who has trained Golovkin since 2019. “This fight was a hell of an ace in the hole for him.”

Golovkin’s camp contends that Álvarez delayed this rematch intentionally, outclassing opponents like Plant and Billy Joe Saunders while waiting for Golovkin, a forward-moving power puncher who has scored knockouts in three of his last four bouts, to age out of his prime. Now 40, Golovkin (42-1-1, 37 knockouts) concedes that he has had to adjust his workouts to account for his age. His team now includes a nutritionist and a massage therapist who help him recover from the strain of daily training.

But Golovkin, who grew up in Kazakhstan and trains in Big Bear Lake, Calif., maintains that he’s still young enough to trouble Álvarez.

“I will never take a step back,” Golovkin said in an interview, through a Russian language translator. “Even if I’m 50 years old, if I’m challenged by Canelo, I would take the challenge. There are no other opponents as interesting. DAZN knows that. Canelo knows that. Sooner or later, this fight was going to take place, no matter what.”

And for DAZN, the bout recalls the proverb about the best time to plant a tree.

The best time would have been in 2019, the year after the streaming service signed a $365 million deal with Golden Boy Promotions, which promoted Álvarez then. DAZN had already signed an eight-year, $1 billion deal with Matchroom Boxing, a promoter based in England. The Golden Boy contract was supposed to deliver 11 Álvarez bouts, one of which, ideally, would have been a matchup with Golovkin. DAZN hoped the third bout, along with Álvarez’s long-term presence, would help drive subscriptions to their service and, eventually, make pay-per-view boxing events obsolete.

Instead, the relationship between Álvarez and Golden Boy disintegrated in a flurry of lawsuits, and Álvarez, now a free agent, has appeared on DAZN under a series of short-term deals with Matchroom Boxing. DAZN has also changed its stance on pay-per-view bouts, charging subscribers and new customers alike to watch Álvarez fight Bivol.

So for DAZN, the second-best time to stage Álvarez-Golovkin is right now, with its fledgling pay-per-view platform in need of premium content. Saturday’s bout will cost $84.98 for nonsubscribers, and $64.99 for people already subscribed to DAZN.

Last year, before his bout with Saunders, Álvarez coolly parried a question about another Golovkin match, explaining that he had nothing to prove after winning in 2018, and that he might consider the fight if it made business sense.

Golovkin does not believe it.

“Pretty much everything he says is nonsense,” Golovkin said. “It’s always nonsense. This fight has always been a priority. He’s being insincere.”

Álvarez, for his part, now says that fighting Golovkin again is about competition, not business, and that winning by knockout is a point of principle.

“I can promise it,” Álvarez said. “Why? Because I’m giving everything in the ring to stop this fight before 12 rounds and make clear who is the best. There won’t need to be a fourth fight.” 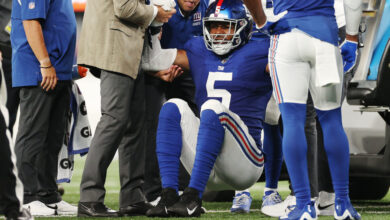 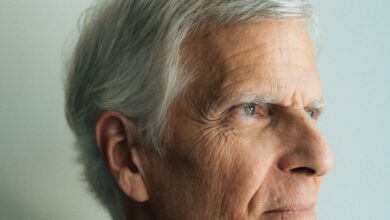 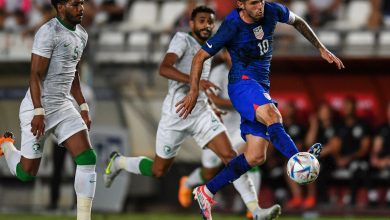 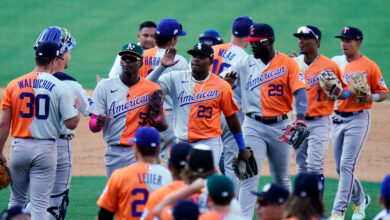