WASHINGTON — President Biden met on Friday with family members of Brittney Griner and Paul Whelan, two Americans imprisoned in Russia whose release the United States is trying to negotiate with Moscow amid poisoned relations over the war in Ukraine.

Mr. Biden spoke with Mr. Whelan’s sister, Elizabeth, and then with Ms. Griner’s wife, Cherelle Griner, and her agent, Lindsay Kagawa Colas, to discuss his “continuing commitment” to bringing both Americans home.

It was Mr. Biden’s first in-person meetings with both families, though he spoke to them by telephone this summer. Jake Sullivan, Mr. Biden’s national security adviser, also attended Friday’s sessions.

The meetings reflect an effort by the White House to demonstrate compassion for Ms. Griner and Mr. Whelan, even as some critics say that Mr. Biden is not doing enough to persuade President Vladimir V. Putin of Russia to release the two Americans.

The Biden administration offered in June to release a notorious Russian arms dealer, Viktor Bout, in exchange for Ms. Griner and Mr. Whelan. Mr. Bout is serving a federal prison sentence for agreeing to sell weapons to a Colombian rebel group, then designated by the United States as a terrorist organization, which he believed would be used against American troops.

Russia has yet to respond to the offer, John F. Kirby, a National Security Council spokesman, said in a briefing earlier on Friday. He added that the administration has stayed in touch with family members of both detainees throughout the process.

“We have made a serious offer to get Brittney Griner and Paul Whelan back home,” Mr. Kirby said. “The Russians have not responded to that offer. But that doesn’t mean that we’re not still in negotiations and we’re not still trying.”

The negotiations are complicated by the extremely tense relations between Washington and Moscow over the war in Ukraine, which the United States is supplying with billions of dollars in military aid to fight Russia’s invasion.

Ms. Griner, a W.N.B.A. star and two-time Olympic gold medalist, was arrested after landing in February at a Moscow-area airport, where the Russian authorities say they found two vape cartridges containing hashish oil in her luggage. After she pleaded guilty, a Russian court convicted her last month and sentenced her to nineyears in prison.

Mr. Whelan, a former U.S. Marine who was working as a corporate security executive, was arrested in December 2018 in a Moscow hotel room after receiving a flash drive that investigators said contained classified information. He was sentenced in June 2020 to a 16-year prison sentence.

The Biden administration has categorized both Ms. Griner and Mr. Whelan as “wrongfully detained” and assigned their cases to its hostage affairs office. 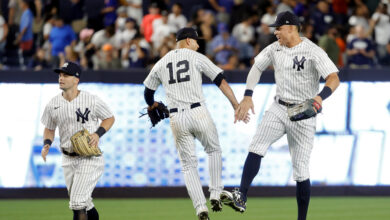 The Yankees Wake Up, Allowing Fans to Dream Again 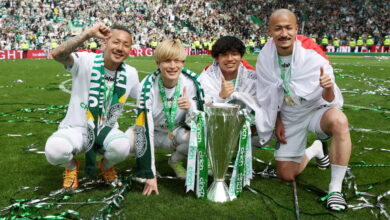 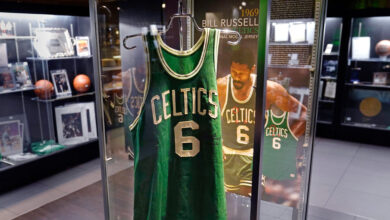 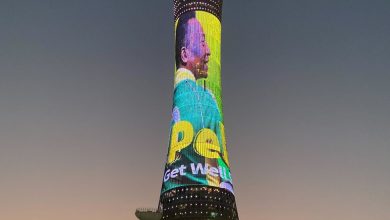 Outside the stadium, a get-well message for Pelé, who is back in the hospital.