Of all the myriad things Pelé did — the thousand-plus goals he scored and the array of records he set and the innumerable, immeasurable moments of wonder he conjured — the one that is the most famous, the most familiar, may also have been the most ordinary, the most mundane.

Pelé’s crowning glory was a pass, one played with a nonchalant ease in the fading minutes of the World Cup final in 1970, a moment of glorious, acoustic simplicity from a player whose name had been made and whose legend had been burnished because of his mastery of the impossibly complex.

The pass itself was not easy because of Pelé’s quick, brilliant mind, or because of his flawless technique, or because of the economy of his movement. It was not a pass that he made look easy. It was, by the standards of those who can breathe in the rarefied air of a World Cup final, a pass that was easy.

Standing a few yards outside Italy’s penalty area, he receives the ball from Jairzinho, darting in from the left. Pelé takes one touch to control it, a second to confirm receipt. He takes a third, idly, as he ponders his next move. At no point does he indicate he is in a hurry. He is essentially stationary throughout.

And then, out of the corner of his eye, he sees Carlos Alberto, his captain, charging forward to his right, a single blast of motion in a world of stillness. He waits a beat. Then he plays the pass, almost with a shrug, gently guiding the ball to the exact spot where Carlos Alberto requires it to be so that he can meet it, at full speed, without breaking stride.

That goal did more than seal Brazil’s victory over Italy in the hot, thin air of Mexico City. It did more than make Pelé the only player in history to win three World Cups. It was the ultimate expression of “o jogo bonito,” the beautiful game, soccer not as sport but as art. It was the goal that, forever more, would make Brazil Brazil.

And yet, other than perhaps his poise and arguably his vision, the pass does not display any of the traits that made Pelé Pelé. It does not showcase what The Times of London once referred to as his “feline” movement. It does not prove the assessment of Bobby Moore, the World Cup-winning England captain, that Pelé had “two good feet, [was] magic in the air, quick, powerful, could beat people with skill, could outrun people.” It does not explain why Franz Beckenbauer regarded him as “the most complete player I ever saw,” or convinced Michel Platini that “to play like Pelé is to play like God.”

As the journalist Andrew Downie has observed, it is noteworthy how many of the most lasting images of Pelé come from that World Cup. Aside from his goals in his first final, as a fresh-faced 17-year-old in 1958, it is 1970 that provides the bedrock of evidence for Pelé’s majesty: the elastic header saved by Gordon Banks; the impudent dummy against Uruguay; the shot from the halfway line against Czechoslovakia.

That tournament, though, was already late-era Pelé. He had, by the time he arrived in Mexico, already retired once from Brazil’s national team, dispirited and disheartened after his treatment at the 1966 World Cup in England, when he was subjected to unapologetic and unpunished brutality from opposing defenders. He had already racked up more than a thousand games, condemned to partake in an endless parade of exhibitions as his club, Santos, sought to monetize his fame and pay his salary.

That it should be that version of Pelé that is most readily recalled is not because it represented his pinnacle but because it was the most easily accessible: 1970 was the first World Cup broadcast in vivid Technicolor — those bright yellow jerseys set against rich green fields — and beamed directly into millions of homes around the globe.

Before that, for the vast majority of fans — especially outside Brazil — Pelé had only existed in black-and-white footage. The virtuoso displays that illuminated the 1958 World Cup, the goals that announced him to the world, were consumed by most in grainy news reels played out before the films they had paid to see; the association may, perhaps, have accelerated the perception of Pelé as a star in his own right, but snatched, low-resolution highlights hardly captured his high-definition talent.

Even that, though, was better than the alternative. In 1966, Pelé himself told Pete Axthelm of Sports Illustrated — for a profile of “The Most Famous Athlete in the World” who was, at that point, “almost unknown in the United States” — that his finest ever goal, “from a technical standpoint,” had come in a domestic game for Santos against S.C. Juventus in 1959, a year after he became a star.

It had not been filmed. “About 60,000 people saw it,” Axthelm wrote. “About one million will claim to have seen it if you ask them now.” It exists these days only in an eerie, uncanny computer simulation; whether it is accurate is anyone’s guess.

It is precisely because so many of Pelé’s moments are similarly unavailable that the tendency has grown, in recent years, to try to quantify his achievements: the indisputable three World Cups, but also the rather more contentious, and often dismissed, figure of 1,281 career goals.

To do so, though, strips away process for raw output; it reduces an athlete who defined not only a whole class of player — before Pelé, as Neymar said, “10 was just a number” — but an entire soccer culture to nothing but a productive goal scorer. It makes no room for the inventiveness or the expertise or the sheer joy that were the hallmarks of a player who was cherished as much for how he did things as for what he did.

A far better gauge of Pelé’s legacy would be not those bald, raw numbers but something far less tangible: the scope and the extent of his fame. By 1970, by the time he played that pass, Pelé had been regarded as the best player on the planet — perhaps the best there had ever been — for more than a decade.

He had won and retained that status despite the fact that, outside Brazil, glimpses of him were fleeting, quadrennial, occasional mentions in news bulletins before the pictures. He had retained the World Cup in 1962 but been injured for the tournament’s decisive matches. He had been kicked out of the 1966 tournament in England.

And yet still his name endured. He was famous enough for Sports Illustrated to profile someone the magazine felt its readers would not recognize. He was famous enough that Santos’s exhibition games across the world sold out not just in Europe but in Asia and Africa, too. Axthelm wrote of a crowd of 15,000 waiting to greet him in Abidjan, Ivory Coast; an old legend, one Pelé dismissed, has it that his presence was enough to generate a cease-fire during a civil war in Nigeria.

He was famous, and precious, enough that Brazil’s military government declared him a national treasure to prevent Santos from selling him abroad. A decade later, a club (the New York Cosmos) and a competition (the North American Soccer League) were built around him. He was rivaled for prominence only, contemporaneously, by Muhammad Ali.

Tostão, his old teammate, has said that Brazilian players learn to separate themselves from their identities — that the nicknames by which so many earn their money and their fame become a sort of barrier to protect the individual from the mania that surrounds them. Pelé added a third layer: his nickname, his trademark, became a synonym not for greatness or even for excellence but for an unimpeachable, scarcely attainable form of perfection.

That might, of course, have been an impossible standard to meet; it is telling, with Pelé, that he consistently met those soaring expectations.

“We went up together to head a ball,” the Italian defender Giacinto Facchetti said after playing him. “I was taller, had a better leap. When I came back down, I looked up in astonishment. Pelé was still there, in the air, heading that ball. It was like he could stay suspended for as long as he wanted to.” Facchetti’s teammate Tarcisio Burgnich was more circumspect. “I told myself he’s made of skin and bones, like everyone else,” he said. “I was wrong.”

The Benfica goalkeeper Costa Pereira met Pelé in the 1962 Intercontinental Cup, the predecessor of the Club World Cup, a meeting between the European and South American champions. “I arrived hoping to stop a great man,” he said. “I went away convinced I had been undone by someone who was not born on the same planet as the rest of us.”

That status had been established by the time Pelé arrived in Mexico for the 1970 World Cup. He had already done everything there was to do: He had scored a thousand goals; he had broken countless records; he had decorated the game with endless moments of wonder. He was the greatest there had ever been.

But that was the first chance that millions had to see him properly, almost for the first time, not just in a hazy glimpse but in full, oversaturated color. That pass, his final act before he was hoisted onto his teammates’ shoulders, the World Cup in his hands, was not especially spectacular. It was not particularly complex. What made it special, though, what makes it last, was his timing. Pelé’s timing was perfect.

Tags
Had Pelé That Was World Cup 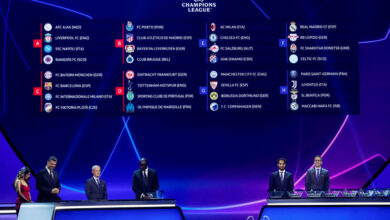 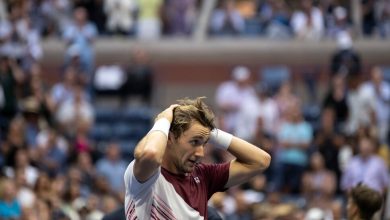 What makes Casper Ruud a worthy opponent in the final. 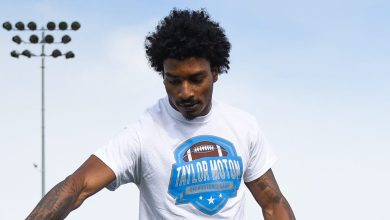 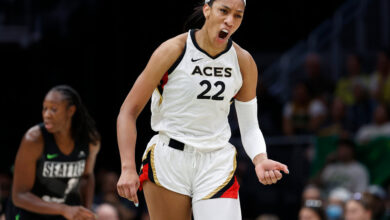 After a Frenzy, Las Vegas Emerges Over Seattle