There are only five serious Super Bowl contenders left in this season — six if you count the Minnesota Vikings, though you really shouldn’t.

The Buffalo Bills (9-3), Cincinnati Bengals (8-4), Dallas Cowboys (9-3), Philadelphia Eagles (11-1) and Kansas City (9-3) are the N.F.L.’s best teams by any meaningful measure. All five are solid-to-spectacular on both offense and defense, and, crucially, all are healthy enough to play well down the stretch.

Beyond the Fab Five, however, the playoff field is overcrowded with battered or underqualified applicants. And the Vikings.

The San Francisco 49ers (8-4) would rank among the serious contenders if not for Jimmy Garoppolo breaking his foot last week, an injury that ended his regular season. With a defense that allows a league-low 283.9 yards per game and an offense built around rushing and micro-passing, the 49ers operate on quarterback autopilot. Unfortunately, unless Garoppolo can return in the playoffs, the rookie backup Brock Purdy — the team’s third starter this season — will be tasked with landing the team during a thunderstorm.

Purdy poked just enough buttons for the 49ers to beat the Dolphins (8-4) last week, revealing Miami’s offense as a precision-tuned sports car capable of exceeding 200 miles per hour and of bursting into flames if a dust mote gets under the hood.

The Baltimore Ravens (8-4) were also on oddsmakers’ Super Bowl shortlist before Lamar Jackson’s Week 13 knee injury. Jackson is only expected to miss a few weeks, but the Ravens are also probability-defying disaster artists who have lost three games this season in which they entered the fourth quarter ahead by two scores. If the Ravens need to convert a fourth-and-inches sneak to stave off an opponent’s late-game rally in the playoffs, their huddle will probably be struck by lightning.

The Seattle Seahawks (7-5) have been a pleasant surprise but lack the sheer talent required to survive the playoff gantlet. The Seahawks will be forced to settle for the “We Won the Russell Wilson Trade” trophy, which comes bundled with a 2023 first-round pick: not a bad consolation prize.

The A.F.C. South is like one of those college basketball conferences full of tiny divinity schools, and the Tennessee Titans (7-5) are its perennial champions who earn an automatic tournament bid only to get walloped by Duke. The Eagles beat the Titans, 35-10, last week, underscoring the difference between true contenders and teams built to defeat the Houston Texans.

The N.F.C. South is full of mismanaged and financially hamstrung teams, allowing the Tampa Bay Buccaneers (6-6) to stay atop the standings with tight defense and residual flickers of Tom Brady sorcery. The Buccaneers will clinch the division unless the Atlanta Falcons (5-8) enjoy a surge. In other words, the Buccaneers have clinched the division.

The New England Patriots (6-6) remain in the playoff picture out of a sense of tradition, despite an offense cribbed from the 1968 edition of “Junior Varsity Strategies for Sluggish Lads.” Many opponents still surrender on sight to the Patriots due to 20 years of Pavlovian conditioning, which is all that needs to be said about the Jets (7-5).

The Los Angeles Chargers (6-6), coming off a loss to the Las Vegas Raiders, are better at producing Justin Herbert viral-video highlights than victories.

The playoff chase has grown so dreary that when the Giants (7-4-1) and Washington Commanders (7-5-1) faced off in what amounted to a winner-takes-all duel for a wild-card berth, neither team won. Nothing signals mutual unworthiness quite like a 20-20 tie.

Finally, there are the baffling Vikings (10-2), who can clinch the N.F.C. North with a win over the Detroit Lions on Sunday. The Vikings offense ranks 19th in the N.F.L. in yards per game (335.8), and the defense gives up the league’s second-most yards per game (398.7) — not exactly the statistical profile of a Super Bowl front-runner. The Vikings are the anti-Ravens, often winning on last-second fumbles, multiple goal-line stands, fortuitous replay reviews or meteor showers.

The Cowboys and Eagles beat the Vikings by a combined 64-10 score in their meetings, illustrating how far the Vikings’ good fortune should carry the team in the postseason.

With five legitimate powerhouses jockeying for 14 playoff spots, the N.F.L. will have a hard time manufacturing drama over the rest of the regular-season schedule. Outside of a handful of marquee matchups, compelling matchups are in short supply, while likely blowouts and all-but-meaningless contests will be abundant.

A first-round bye in the N.F.C. may be on the line when the Eagles visit the Cowboys on Christmas Eve. The Bengals host the Bills and Ravens in Weeks 17 and 18, matchups that will finalize the A.F.C. seeding.

Otherwise, the late-season broth is rather thin:

The Chargers host the Dolphins on Sunday night in a game more likely to generate tiresome Justin Herbert vs. Tua Tagovailoa talk-show arguments than playoff clarity.

The Giants and Commanders square off again in Week 15. While most games with playoff implications are “flexed” into prime time TV windows, the networks may flex this rematch to Wednesday at 4 a.m., pre-empting the soybean report.

The Seahawks host the 49ers on Thursday night in Week 15: As all experts predicted in the preseason, the N.F.C. West will come down to a duel between Brock Purdy and Geno Smith.

There are also plenty of games involving teams that are still alive, at least mathematically, including the Lions, Green Bay Packers, Las Vegas Raiders and Pittsburgh Steelers. The Indianapolis Colts (4-8-1) fired their head coach a month ago and lost, 54-19, to the Cowboys on Sunday night, yet the Times’s Playoff Predictor gives the team a 1 to 2 percent chance of reaching the postseason. Their Week 15 meeting with the Vikings, lopsided and dull as it looks on paper, may well have “playoff implications” for both teams.

The N.F.L. expanded the playoffs to 14 teams in 2020 precisely so that fans of four-win teams could dream of wild-card berths in mid-December and that Giants-Commanders ties would be consequential. The top five contenders are just so much stronger (and healthier) than the field this year that it makes the final five weeks of the season feel perfunctory.

Could we please just skip ahead to the Eagles-Cowboys and Bengals-or-Bills-or-Kansas City conference championship games?

No, that would not be fair to the still-determined 49ers, snakebit Ravens, surprising Seahawks, entertaining Dolphins, Brady-led Buccaneers, hungry-for-affirmation Jets and Giants or any other playoff hopefuls.

As for the Vikings, they should enjoy every moment of this charmed regular season while it lasts.

Tags
All Game That Week With 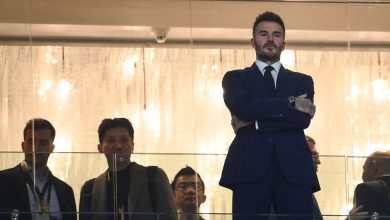 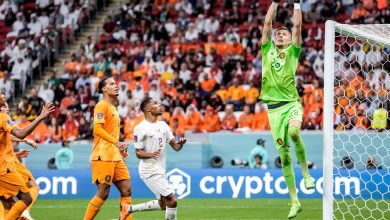 The Giant World Cup Rookie and an Enduring Dutch Mystery 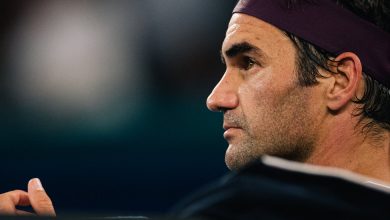 The Big Three Are Now Just Two. Who Will Lead Tennis’ Next Generation? 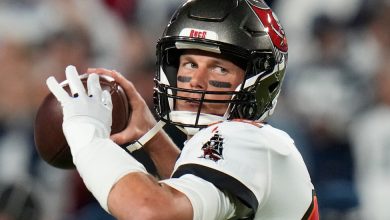