The Venice Film Festival, which began Aug. 31 and draws to a close this Saturday, has long been a spawning ground for indie blockbusters and award season darlings. This year it also solidified its position as the most glamorous red carpet of the year.

Less kitschy and marketing-oriented than Cannes; less grungy-intellectual than Toronto or New York; and free of the campy themes that have turned the Met Gala into a competitive costume party, Venice is the elegant, adventurous adult in the public dressing room. Forget princess gowns and mermaid frocks (for once). There’s something about the vaporettos and Viscontis that just raises the bar.

And it has thus become the launchpad for a new generation of red carpet superstars: those celebrities who most effectively use fashion as a form of entertainment, a weapon of influence and a vector of fame.

For while it was a great pleasure to watch Julianne Moore, the president of the international jury, pose in pieces from a rainbow of haute fashion week brands (Celine, Armani, Valentino, Alaïa, Miu Miu) and Cate Blanchett strut in black velvet Schiaparelli trousers and matching bustier sprouting an entire bouquet at the chest; while it was bracing to see Tilda Swinton, sleek in sequins; it was the younger crew that most effectively seized the moment(s) — and everyone’s eyeballs. Starting with …

There was no question, given the gossip circulating about “Don’t Worry Darling,” and rumors of a rift between its star Florence Pugh and the director Olivia Wilde, that attention was going to be on Ms. Pugh.

Especially so when she skipped the pre-screening news conference — nominally, it was said, because she was filming and could not arrive in time. Fair enough, except that not long after the presser took place Ms. Pugh was snapped strolling down the Lido in a royal purple Valentino play set of shor with a matching bandeau and unbuttoned overshirt, shades on, Aperol in hand. It was an outfit that evoked silver screen and Riviera past, but with a subversive edge, like the ultimate unspoken movie star throw down.

Then, when she finally met up with her fellow cast members at the film’s premiere, Ms. Pugh stole the carpet in a glittering sheer off-the-shoulder, open-front Valentino gown atop coordinating hot pants. (Her co-star Chris Pine got so excited, he even started taking his own snaps.) If they’re going to look, her dress telegraphed, let’s give ’em something jaw-dropping to look at. Then what else, really, need be said?

It even overshadowed the film’s other star, Mr. Styles, peacocking in his trademark Gucci smash-ups of gender, decades and references — product of his mind meld with the designer Alessandro Michele — complete with a leopard-skin luggage set that made a statement all its own. Albeit perhaps not as much as …

The Skin on Display from Timothée Chalamet

Maybe it was inevitable when you combine the furor Mr. Chalamet caused at this year’s Oscars by going shirtless under his tux, and the fact that “Bones and All,” the film he had premiering, is about the pleasures of the flesh (eating it, anyway). But Mr. Chalamet’s gleeful appearance in a crimson Haider Ackermann halter top and trousers may have been the most transgressive of the week. Apparently the sight of a man’s naked back is to the early 21st century what the woman’s ankle once was to the early 20th. It’s hard not to wonder which body part Mr. Chalamet may choose to reveal next. 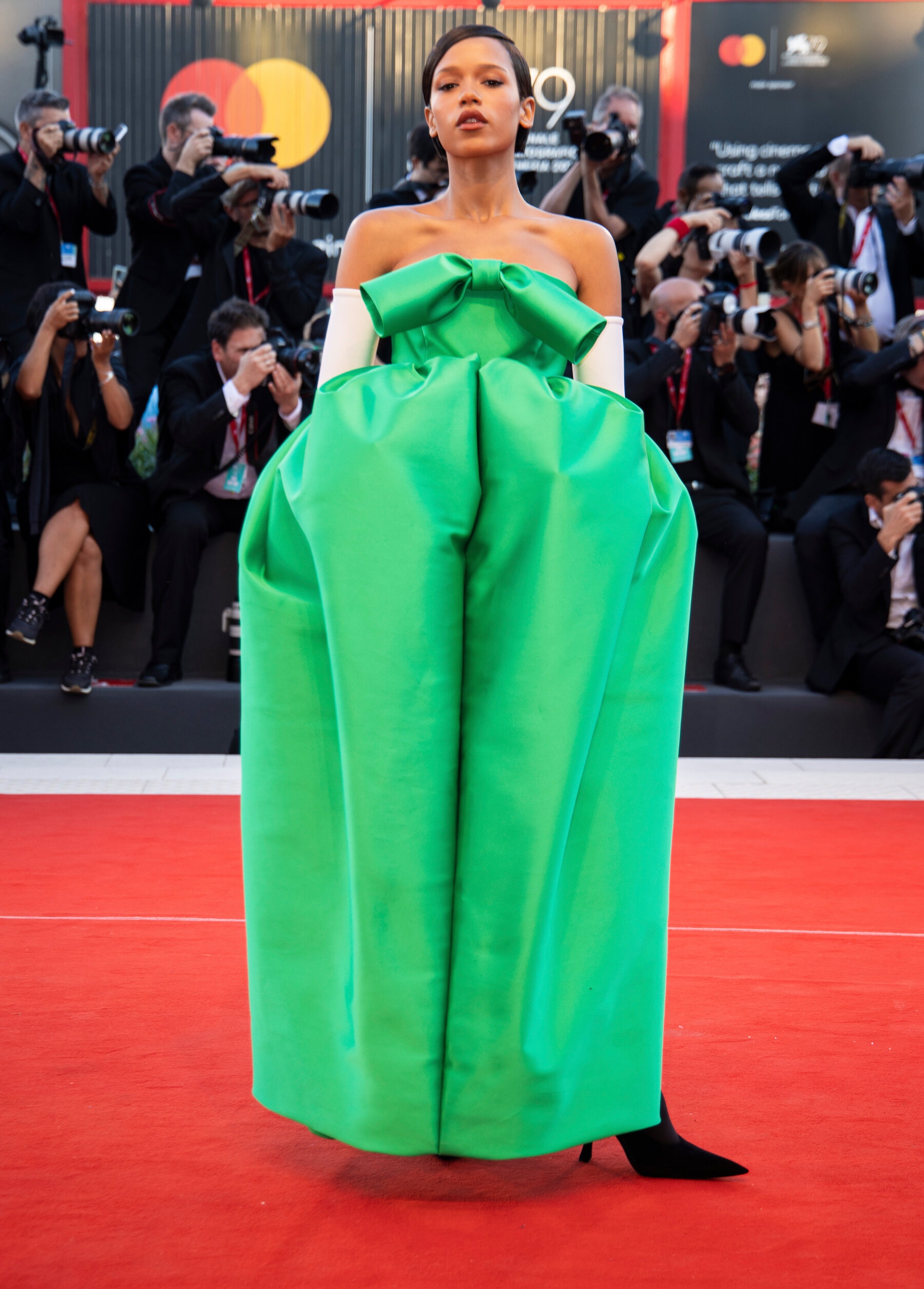 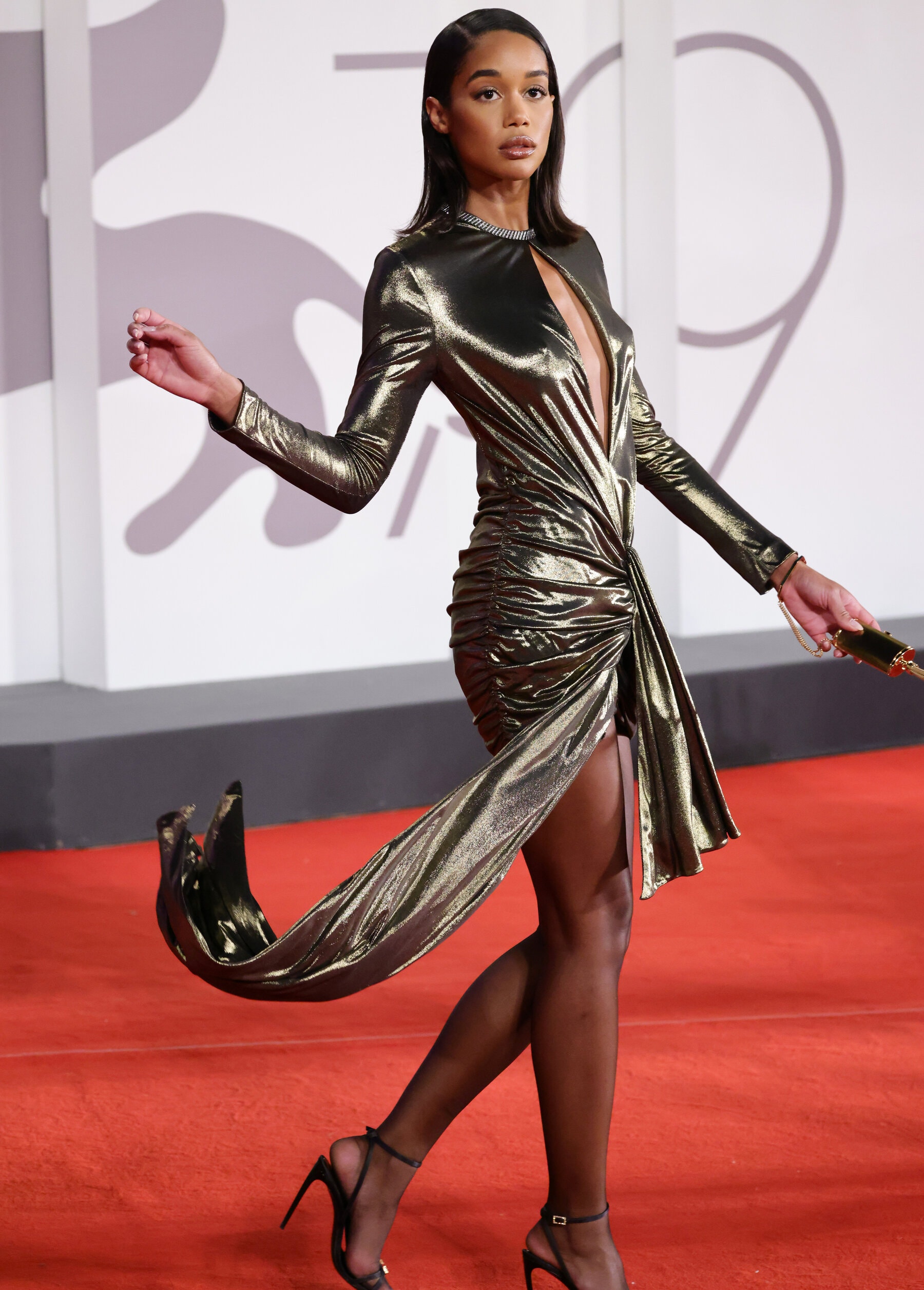 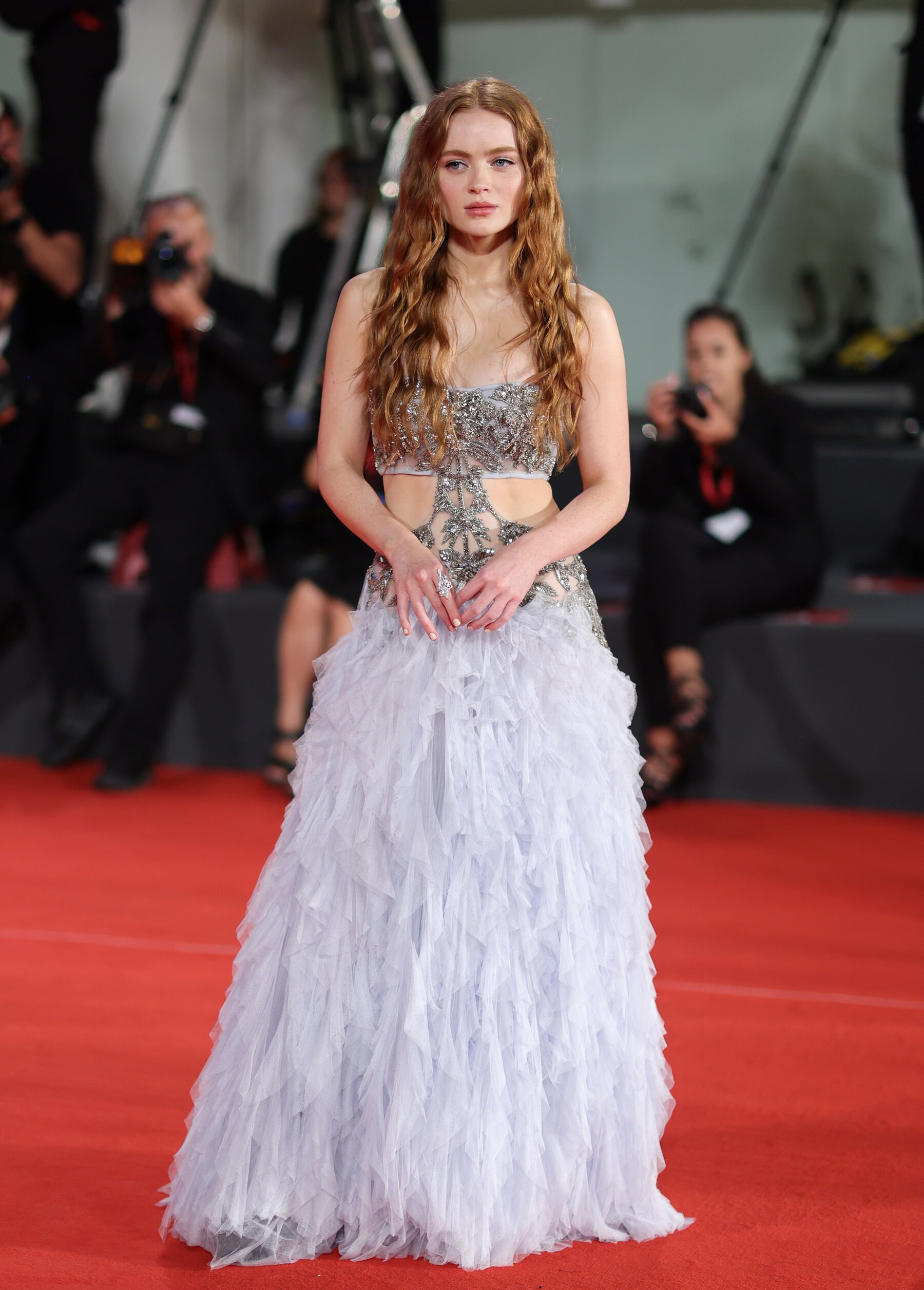 And so it went. Mr. Chalamet’s co-star, Taylor Russell, burnished her rising star cred with a lime green Balenciaga couture gown that was all Golden Age in the front and ’60s mod in the back. Ditto Laura Harrier in an abbreviated slither of liquid gold Saint Laurent. And Sadie Sink, in town for “The Whale,” put her “Stranger Things” tween persona to rest in a Valkyrie-bodiced Alexander McQueen with a shredded tulle skirt.

And speaking of Valkyries …

Tessa Thompson Went Big — and Bigger. So did Jodie Turner-Smith.

Ms. Thompson has long seemed to sense the fun in fashion, but in Venice she blew up — quite literally — by playing with volume and drama in a series of brightly colored, highly constructed gowns that claimed center stage without trying too hard.

First in silver Armani Privé at the opening ceremony, with a peplum that undulated around her hips in waves; next in highlighter green corseted and swagged Christopher John Rogers; then in a ruby Elie Saab number that curved up and around her head like a breeze, caught in the act; and then in citrine Marc Jacobs with a nebula of sequins wrapping the torso and trailing out behind.

In case anyone doubted that she was headed for the stratosphere.

It made for a breakout moment, as did the unapologetic maximalism of Jodie Turner-Smith,on display from the time she arrived in a sheer sunset-toned Casablanca pantsuit through her appearance in a painterly, floor-sweeping Christopher John Rogers and bandeau-baring, opera-skirted Harbison.

Together, the two women provided a master class in dressing to express themselves.

It’s the difference between making their clothes work for them and working for the brands that make the clothes. As an approach, it deserves the award for best direction. May there soon be a sequel. This Fall’s Fashion Is a Study in Contrasts This Season, Pair Red With Red