THE ARC OF A COVENANT: The United States, Israel, and the Fate of the Jewish People, by Walter Russell Mead

For many decades now, a supposed mystery has lurked at the heart of American foreign policy: Why has the United States supported Israel so staunchly and for so long, especially when doing so seems to come at a high cost in blood, treasure and world opinion?

Attempts to solve this mystery — a puzzle that particularly confuses foreigners, isolationists and some realist foreign-policy scholars — have given rise to a lot of ugly conspiracy theories over the years, as well as a great many books. So it takes a certain chutzpah to wade back into the fray, given both how fraught the topic is and how far down the list of Washington’s priorities Israel has seemingly fallen.

Yet that’s just where Walter Russell Mead — a scholar, author and Wall Street Journal columnist — goes in his new book, “The Arc of a Covenant.” Not one to shy from a challenge, Mead raises the problem in his opening pages, when he writes:

“The reader of any book is entitled to ask why it had to be written at all and, if the book absolutely had to exist, why it couldn’t have been shorter. That is particularly true when it comes to books about the U.S.- Israel relationship. There are few subjects in American foreign policy that get as much attention. … Enough books on this subject have been published to fill a respectable library; do we really need another one?”

The fairest way to judge a work of scholarship or art is on its own terms. So that makes the key question for this review: Does Mead’s book pass his own test?

The answer is yes, and emphatically so.

To explain why, let’s start with a brief summary of some of the many things “The Arc of a Covenant” does in its 600-plus pages. Beginning with the premise that recent U.S. Middle East policies have largely failed, and largely because American discussions of those policies have been “emotionally dense but intellectually thin,” Mead seeks to highlight and correct the many myths and misapprehensions that have misled the public and professionals in the past. Convinced that U.S. policymakers would do better if only they better understood the region and its place in the American psyche (the words “understand,” “misunderstand” and their various cognates appear around 150 times in the text), Mead sets the record straight by presenting a long and nuanced alternative history of U.S.-Israel relations.

But because Israel is so deeply embedded in America’s collective consciousness — as Mead puts it, the Jewish state is “a speck on the map of the world” that nonetheless “occupies a continent in the American mind” — and because U.S. debates about Israel often serve as proxies for larger “debates over American identity, the direction of world politics and the place that the United States should aspire to occupy in world history,” the book soon strays well beyond the confines of diplomatic history. Mead contends that we can understand past decisions only by understanding the context in which they were made, so he expands his narrative far outside this one corner of international relations. The result is less a history of U.S.-Israel policy than a sweeping and masterfully told history of U.S. foreign policy in general, as seen through the lens of the U.S.-Israel relationship.

This capacious approach leads Mead into myriad digressions on topics ranging from the history of European emigration; to how the Industrial Revolution affected the Ottoman, Russian and Austrian empires; to how, in the middle of the last century, the American pastor Billy Graham broke with Protestant fundamentalism to create a new and pragmatic evangelical synthesis. Given the book’s hefty size, it’s only fair to ask whether these asides feel extraneous. Few do. Mead is so fluent on such a broad range of topics — from history to religion to policy to politics — that I learned something new from each of his detours. And he’s such a good craftsman — the prose is among the best I’ve encountered in 25 years of reviewing foreign-policy books — that when he does occasionally stray beyond the strictly necessary, it’s hard to object. Does the book really need an account of President Benjamin Harrison’s struggles to quit smoking? Probably not. But reason not the need; the inclusion of such colorful details only makes the book more vivid and enriching.

Despite all the information that “The Arc of a Covenant” packs in, moreover, it never loses sight of a keyargument, which is an extended attack on the “rancid urban legend” known as the Israel Lobby theory. If you’re not familiar with the phrase, it’s code for the argument — most famously put forward by the scholars John Mearsheimer and Stephen Walt in their 2007 book — that America’s ongoing support for Israel makes so little strategic sense that it can only be explained by the irresistible pressure applied by the Jewish-owned media, by Jewish lobbyists, by Jewish policy wonks and by their fellow travelers on the Christian right. Of course, this theory is wrong. But the theory and its advocates — whom Mead calls “Vulcanists” for a clever reason too complicated to explain here — are still dangerous. Jew-hatred is currently surging globally, and though it’s surely not what Walt and Mearsheimer intended, Mead contends that their work has “electrified antisemites around the world” by seeming to lend “the authority of well-known academics” to this calumny.

Because of the high stakes involved, Mead returns to the topic again and again throughout the book, comprehensively demolishing the libel through a sophisticated set of arguments that disprove the Vulcanists’ “Jewcentric” view of American and world affairs. He shows, among other things, the many ways (some obvious, some not) that U.S. support for Israel over the last 40 years has actually benefited America; that many pro-Israel politicians, like Donald Trump, have been loathed by the vast majority of American Jews; that Jewish-owned newspapers like this one have not always been slavishly supportive of Israeli policies; and that U.S. policy has not, in fact, always been pro-Israel: The United States didn’t start significantly arming the Jewish state until the Kennedy administration, and not until 1987 did an American president (Ronald Reagan) declare Israel a “major non-NATO ally.” Indeed, when Washington did finally start backing Jerusalem, it was because the latter had become a regional superpower without U.S. help — and America needed Israel, not the other way around.

Meanwhile, even as Mead concedes that a pro-Israel lobby does exist inside the United States, he shows that it’s only one of many interest groups, and that, thanks to the structure of U.S. democracy, such lobbies succeed only when they have broad public backing. In other words, powerful lobbies depend on public opinion for their power; they don’t create that opinion. And the American public happens to be very pro-Israel — for a long list of organic reasons that have nothing to do with AIPAC, George Soros or the Sulzbergers. Ordinary Americans don’t think there’s anything strange about their country’s support for Israel; such skepticism is reserved for some coastal elites and peripheral intellectuals.

Mead’s best argument against the Israel Lobby myth, though, lies in his thorough explication of the complex and sometimes surprising geopolitical, social and electoral forces that actually determine U.S. policy toward Israel. The book is at its best when showing, for example, that President Harry Truman’s grudging and limited support for Israel’s creation had little to do with Jewish pressure and everything to do with Truman’s desperate determination to keep his Democratic coalition together as he sought to shift U.S. foreign policy away from Franklin Roosevelt’s wartime pro-Soviet approach and toward confrontation with Moscow (which was still quite popular in many left-wing precincts of America). Truman, moreover, wasn’t even Israel’s primary supporter during this period: Joseph Stalin deserves far more credit for ensuring Israel came into existence and for arming it once it did.

“The Arc of a Covenant” has another merit worth mentioning here: Despite its polemical power, Mead manages to keep the book’s tone high-minded and generous; when discussing his, or Israel’s, adversaries, he always strives to give everyone the benefit of the doubt.

Well, almost always. No book is perfect, and “The Arc of a Covenant” is no exception. For some reason, Mead’s generosity of spirit fails him when he gets to the Obama administration, which he scornfully describes as naïve and inept — criticisms he largely spares both George W. Bush and (most mysteriously) Donald Trump, despite both presidents’ equal or greater failures. Another quibble: The book would benefit from clearer sourcing, especially when making controversial claims — such as that Trump’s Israel policy was all part of a premeditated, deliberately crafted and highly perceptive master plan. (Skim the summaries of Jared Kushner’s new book and you’ll quickly appreciate the implausibility of this claim.)

Finally, at the book’s end I found myself wishing, if not for policy recommendations, then at least for predictions about where Mead thinks the U.S.-Israel relationship is headed. He’s so good at laying out the real but often-overlooked forces that shape this alliance, while puncturing the mythological ones, that I’d love to get his take on its future prospects — especially at this moment, when global politics and U.S. foreign policy are being scrambled in so many baffling ways.

But I suppose that will have to wait for Mead’s next book. The good news is that, judging from the quality of this one, it’s bound to be brilliant too.

Jonathan Tepperman is the former editor in chief of Foreign Policy and managing editor of Foreign Affairs. He is the author of “The Fix: How Countries Use Crises to Survive and Thrive,” and is working on a new book on the rise of new elites and how power is changing around the world. 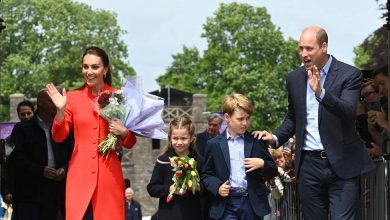 William and Kate are now prince and princess of Wales. 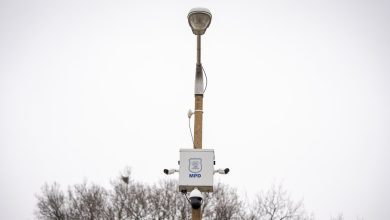 As Officers Beat Tyre Nichols, a Crime-Prevention Camera Watched Over Them 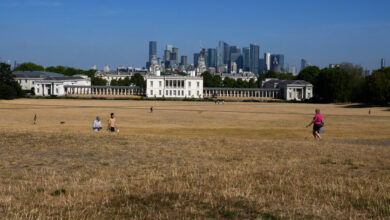 Britain Braces for Another Round of Scorching Temperatures 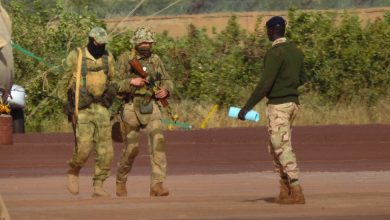