Governments are resorting to old-school solutions, long dismissed as bad policy, throwing vast amounts of money at the energy crisis engulfing the region, in a bid to avert a political, social and economic meltdown.

The standoff with Russia over Ukraine is upturning European economic orthodoxy at rapid speed with barely a peep of dissent at the European Union’s headquarters in Brussels, a bastion of neoliberalism that not so long ago imposed brutal austerity on its own members, most notably Greece, even after it became clear it was harmful.

But today E.U. leaders see little choice. Russia has reduced to a trickle its supply of natural gas to most Europe Union countries, in retaliation for the bloc’s staunch support of Ukraine, and the cost of the fuel — and by extension, electricity — is at historic highs and rising.

In response, E.U. governments have already earmarked more than $350 billion to subsidize consumers, industry and utility companies; ministers are to meet on Friday to finalize the bloc’s direct intervention in markets to grab excess profits, cap electricity prices and subsidize utilities companies.

The land portion of the Nord Stream 2 gas pipeline in Lubmin, Germany.Credit…Hannibal Hanschke/EPA, via Shutterstock

“Government intervention is back in vogue in a really big way,” said Mujtaba Rahman, Europe director at the consulting firm Eurasia.

“It’s really about building public support through what is going to be an incredibly difficult winter and 2023, about containing Russian aggression, the liberal international order, the need to build public support to see the conflict through,” he said, adding, “This is the price to be paid.”

The huge public spending is in addition to a nearly trillion-dollar stimulus package adopted over the past year to deal with the economic fallout from the pandemic, mostly through borrowing. The ballooning debt load would have normally caused an uproar in the bloc, where fiscal conservatism has dominated policy and politics for years.

The lack of opposition is a measure of how fearful policymakers are that European consumers and businesses will bridle at shouldering the suddenly astronomical energy costs, ushering in social unrest and political chaos, as well as a recession.

“A few weeks like this and the European economy will just go into a full stop.” Prime minister Alexander De Croo of Belgium said in an interview with Bloomberg on Thursday. “The risk of that is de-industrialization and severe risk of fundamental social unrest.”

With memories still fresh of France’s Yellow Vest movement — which was spawned as a revolt against an energy tax increase — spending billions and ditching the old orthodoxy may be the only way to keep voters on board with Europe’s strong support of Ukraine against Russia.

“This is clearly an exceptional and one-off situation,” said Daniel Gros, a German economist and director of the Centre for European Policy Studies, a Brussels-based think tank, who normally takes fiscally conservative positions. “It’s different from increasing unemployment or social benefits structurally forever, and it’s a special situation that won’t last forever.”

European leaders certainly hope so, because the spending levels would be hard to sustain. The German government on Sunday announced a $65 billion support package, its third and largest so far, that includes direct cash handouts to the most vulnerable consumers and tax breaks to energy-intensive businesses.

The Belgian government has handed out $100 to every household irrespective of income.

The Greek government, which faces the ballot box next year, has committed nearly $7 billion, or about 4 percent of its annual economic output, in the past three months to subsidize all energy bills in the country. To finance most of this spending, the country has already put in place a levy on the excess revenues of energy companies that use sources other than natural gas.

The government of the Czech Republic on Sunday was pushed to announce support measures, having narrowly survived a no-confidence vote over the cost of electricity. In an early sign of the wider volatility the issue could introduce, tens of thousands took to the streets of Prague last weekend in demonstrations that seemed to be led by fringe groups protesting the country’s membership in NATO and its support of Ukraine.

A protest against Czech government in Prague, last week.Credit…Martin Divisek/EPA, via Shutterstock

And, cash handouts and subsidies aside, more direct market interventions are afoot.

“The electricity market is no longer a functioning market because there is one actor, Putin, who is systematically trying to destroy it and to manipulate it,” President Ursula von der Leyen of the European Commission said in a speech last week. “So we really have to react to that. And that is why we are addressing now the composition of the electricity market.”

On Wednesday she unveiled her staff’s proposals, which include a cap on what E.U. countries are allowed to pay Russia for natural gas, taxing energy companies’ profits and suspending rules that make it illegal for governments to subsidize companies to permit the funding of utilities that are burning through cash to buy outrageously expensive fuels to make power.

The proposals will be debated by energy ministers Friday and the bloc could adopt a set of interventionist policies as early as this month, before the weather gets colder and the crunch is felt even more deeply.

The European Union’s fiscal strictures normally seek to punish countries that exceed a deficit of 3 percent of annual economic output and a debt load of more than 60 percent of the output.

But those were suspended early in the pandemic to allow for a massive stimulus package to support economies that had been sunk by lockdowns and supply chain disruptions.

While E.U. leaders insisted that the diversion was only temporary, the change was imperative: The average deficits of E.U. countries grew to more than twice the permitted limit and average debt approached 90 percent of economic output.

In Germany, the bloc’s biggest economy and chief fiscal hawk, which has a debt brake written into its Constitution, the matter seems to have been put to the side for now. Germany is in breach of the (now suspended) E.U. rules and doesn’t seem concerned about it.

The bloc’s top policymakers are saying now that the rules need to be changed for good, in what could become one of the most important revisions in a generation to mainstream Western liberal economic policy, with major implications for politics and society.

“The pandemic has left a legacy of significantly higher public and private debt levels. The need to rebuild fiscal buffers is clear,” said Paolo Gentiloni, the top E.U. economic official, said on Wednesday. “But debt reduction strategies must be realistic if they are to ensure stability and support growth,” he added, warning that the bloc could well be slipping into recession.

He said that the E.U. would begin to consider changes to its stringent fiscal rules that would soften them and make them more attuned to the economic cycle.

“It’s time to move on, leaving behind the traditional divide,” he said.

For left-leaning economists who have been protesting against austerity since the global financial crisis and the era of austerity it unleashed, this moment represents a pyrrhic ideological victory at best.

“It’s actually tragic,” said Frank van Lerven, a senior economist affiliated to the New Economics Foundation, a progressive think tank. “For the last ten years and more, we’ve been told that workers and pensioners and the young all have to make sacrifices and we need to live within our means. We’ve seen degrading infrastructure, our health system deteriorated. ”

A view of Athens last month. The Greek government has committed nearly 4 percent of its annual economic output in the last three months to subsidize all energy bills in the country.Credit…Petros Giannakouris/Associated Press 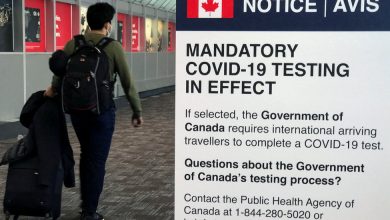 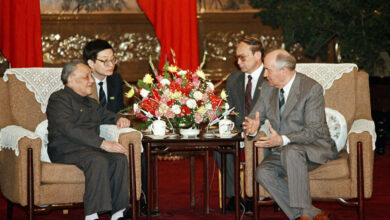 For China’s Xi and Other Strongmen, Gorbachev Showed Exactly What Not to Do 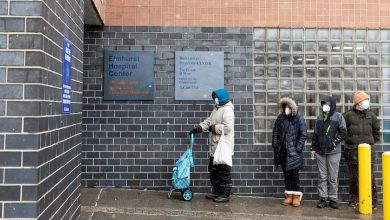