LONDON — With a framed photograph of Queen Elizabeth II perched to his right, President Biden on Sunday paid homage to a monarch he had twice declined to bow to on the advice of his mother, but one he had also admired.

“She was the same in person as her image: decent, honorable and all about service,” Mr. Biden said one day before the queen’s funeral, after writing a message in the official book of condolences at Lancaster House near Buckingham Palace in London and attending a viewing of her coffin at Westminster Hall. “It’s a loss that leaves a giant hole.”

Queen Elizabeth II had met 13 sitting American presidents during her reign, a symbol of the enduring relationship between the onetime colonial power and the breakaway nation. More than 200 years after the United States declared its independence from Britain, many in the country have been riveted by, and have participated in, the 10-day spectacle of mourning that unfolded after the monarch died Sept. 8.

During the queen’s funeral on Monday, Mr. Biden will be one of dozens of world leaders who, for a few hours at least, will turn the spotlight on a queen who ruled for 70 years — nearly as long as the president, 79, has lived.

For Mr. Biden, the visit to London was a chance to close the final chapter between one of the more proud Irish American presidents and a British monarch he had compared to his own mother.

Fittingly, the president could not help but turn to his heritage when honoring the queen on Sunday.

Mr. Biden and his wife, Jill, with Queen Elizabeth II at Windsor Castle in June 2021.Credit…Andrew Testa for The New York Times

“Maybe it’s too much, excuse the expression, the Irish of it: It’s about treating people with dignity,” Mr. Biden said of the queen before attending a reception at Buckingham Palace hosted by King Charles III. “My mother and father thought that everyone, no matter who they were, no matter what their station, no matter where they were from, deserved to be treated with dignity. And that’s exactly what she communicated.”

But when he first met the monarch, while traveling with a group of senators to Britain in 1982, he brought with him advice from his mother: “Don’t you bow down to her,” she told him, according to his memoir, “Promises to Keep.”

The president followed that advice again when he met Queen Elizabeth last year. But after he and the first lady, Jill Biden, had tea with the royal, Mr. Biden heaped praise on the monarch, noting that she had reminded him of his mother.

There is no requirement that one must bow to the queen, or any royal — though many people follow the tradition as courtesy. Past American presidents, for example, have gone with a handshake.

Mr. Biden, for his part, has never been shy about putting his Irish heritage front and center in the face of British institutions. After he sealed the 2020 presidential election and a BBC reporter asked him for a word, the president-elect jokingly responded, “The BBC? I’m Irish,” before walking away.

When he met Boris Johnson, then prime minister, last year, Mr. Biden told his aides he had raised the issue of tense negotiations between Britain and Northern Ireland.

Timothy Meagher, a former university archivist at Catholic University who focused on Irish American history, said Mr. Biden’s comments had clearly been made jokingly, but they had also reflected a feeling of skepticism among Irish Americans of “the enthusiasm for the English monarchy and aristocracy.”

Camping along the Mall in London on Sunday in preparation for the queen’s funeral on Monday.Credit…Andrew Testa for The New York Times

“He might also take it as a point of pride that the grandchild of Irish Catholic immigrants will be attending this funeral as the head of state of such a powerful nation, a recognition of the country of his ancestors and a testimony to the possibilities of his own,” Mr. Meagher said. “There is a kind of nice Irish irony in this.”

Mr. Biden, who has attended numerous funerals during his presidency, often finds comfort in empathizing with those grieving after losing his first wife and firstborn daughter to a car crash and firstborn son to brain cancer. He has often given the eulogy at the ceremonies and has arrived with a number of aides.

But unlike other funerals attended by other American presidents, the White House is intent on maintaining a low profile for the queen’s funeral so as not to politicize the event. Mr. Biden also has no plans to make public remarks.

In contrast, for the funeral of Nelson Mandela, Barack Obama, then president, flew to South Africa with his predecessor, George W. Bush, and former Secretary of State Hillary Rodham Clinton in a sort of gathering of American leaders. Mr. Obama also gave a speech.

Mr. Biden made the trip with his wife, who wrote in the official book of condolences, “Queen Elizabeth lived her life for the people she served with wisdom and grace. We will never forget her warmth, kindness and the conversations we shared.”

Thousands of people lining up at sunrise on Sunday in hopes of paying their respects to the late monarch.Credit…Mary Turner for The New York Times

On Monday, some world leaders, although not Mr. Biden, are expected to be bused to the queen’s funeral.

Sally Bedell Smith, who has written numerous biographies about the British royal family, said the modest arrangements reflected the rarity of a state funeral in Britain — it is the first since Winston Churchill’s in 1965.

“It’s kind of wonderful that other world leaders will be shuttled on buses, a lesson in humility that the queen — herself remarkably humble and modest despite her lofty status — would have appreciated,” Ms. Smith said.

Mr. Biden said that he, too, took note of the humility with which the queen had carried herself. 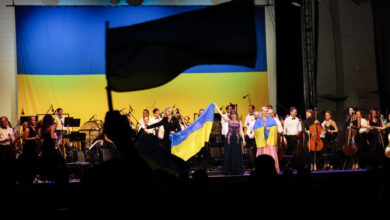 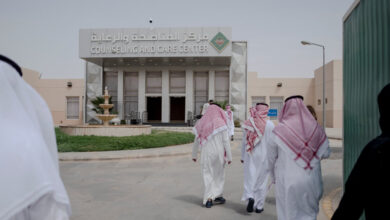 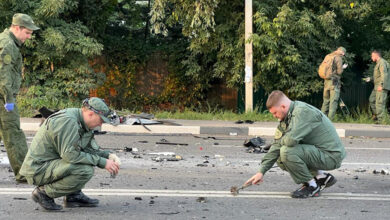 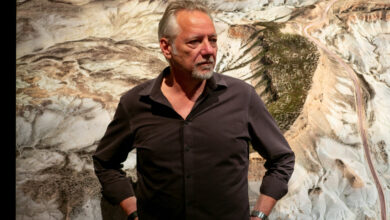