“Kugichagulia!” saidParker Johnson, 5, of Pasadena, Calif., giggling as he pronounced the Swahili word three times in rapid succession. One of the seven principles of Kwanzaa, the word means self-determination and it is Parker’s favorite in the lexicon of the weeklong, nonreligious holiday that celebrates African American culture.

“It tickles like up here,” said Parker, pointing to the upper palate of his mouth.

Some Black families are celebrating Kwanzaa until Jan. 1, each day bonding with loved ones, lighting a candle and reflecting on an uplifting principle. To Parker’s delight, it’s “Kujichagulia” today (Dec. 27), the second day of Kwanzaa. The pride-building holiday, modeled after African harvest festivals, took off as a celebration in 1966 in the wake of the deadly Watts uprising that devastated South Central Los Angeles the year before. The African-centric holiday arose in response to the destruction of the Watts neighborhood where Black residents had long felt targets of police brutality and systemic racism.

Kwanzaa never was meant to cancel Christmas. It is a cultural holiday, rooted in Black nationalism and family. Because the holiday values its youngest participants by showering them with family stories, crafts projects and gifts, The Times asked kids what Kwanzaa meant to them. For Parker, like many children who celebrate, the holiday’s history can get a bit fuzzy. Harder still, he and others say, is trying to remember what all the Swahili words mean.

Parker’s older brother, Ellington Johnson, 7, says the best part is spending time with his younger brother and his mom and dad. Their parents read the children’s book, Kevin’s Kwanzaa, to the boys each year. Ellington said the holiday feels like a marathon that culminates with gifts on the day of Imani (faith), his favorite day.

“It’s extra Christmas!” Ellington said. “Last year, I got a dragon thing and my brother got a Nerf gun.”

Kite Bernroider, 9, who lives in Vienna, said he can tell Kwanzaa is coming when his mother, Chanda Rule, a jazz vocalist, starts singing a Kwanzaa song. Ms. Rule, who is Black and married to an Austrian, said she wants to expose her son to his African American heritage in a European city where she feels disconnected from her culture.

An appealing Kwanzaa feature for Kite are the tapered candles in the Pan-African colors of green, black and red. He admits to swiping two green ones last year, and using them as drumsticks on his mom’s miniature Djembe drum.

“The candles didn’t survive,” Kite said with a grin.

Sundiata Sharif, 12, of Livingston, N.J., said he relishes how Kwanzaa gives him the opportunity to reflect on himself and about where his family comes from. “It kind of brings out my inner roots,” he said. For sisters Faraa Majorieand Folayan Jendayi-Lacey, who live in Ditmas Park, Brooklyn, Kwanzaa’s last day, Imani, is the yummiest. Their mom cooks recipes from the cookbook, Ethnic Vegetarian:Traditional and Modern Recipes from Africa, America, and the Caribbean, for the holiday’s crescendo, the Karamu feast. They taste their way through many of America’s common dishes with African roots such as cornbread, collard greens and mac-and-cheese. “Once we even had chocolate cake,” Faraa, 8, said, beaming.

Tags
Black Can Parker Said With 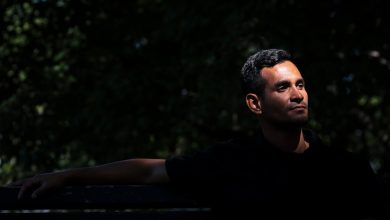 After Texas Sent Him to Washington, One Migrant Launches a New Life 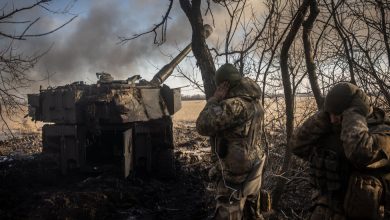 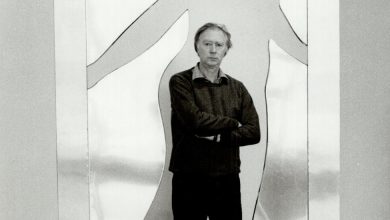 Michael Snow, Prolific and Playful Artistic Polymath, Is Dead at 94 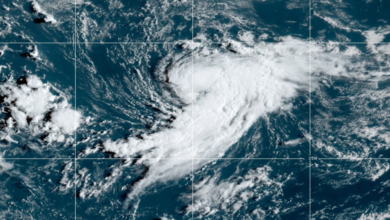