Less than four months after former President Donald J. Trump left office, the general counsel of the National Archives reached out to three lawyers who had worked with Mr. Trump to convey a firm message: The archives had determined that more than two dozen boxes of Mr. Trump’s presidential records were missing, and it needed the lawyers’ “immediate assistance” to retrieve them, according to an email obtained by The New York Times.

The email, sent on May 6, 2021, by the top lawyer at the archives, Gary M. Stern, was an early sign of tension between Mr. Trump and the federal agency responsible for safeguarding presidential records. It presaged the battle that would later erupt over the former president’s removal of scores of highly sensitive documents from the White House.

On Tuesday, the archives released a separate letter, indicating that Mr. Trump had taken more than 700 pages of classified materials when he left Washington. Among them, the letter said, were some related to Special Access Programs, which are among the country’s most secretive intelligence operations.

Mr. Stern’s email did not mention any classified materials, but it did help to further flesh out the cascading events that ultimately led to an investigation into whether Mr. Trump wrongfully kept hold of national security documents and other presidential records.

That investigation, which has included steps like the issuance of federal subpoenas and a visit to Mr. Trump by top counterintelligence prosecutors, reached a new level this month when F.B.I. agents conducted a court-approved search of Mar-a-Lago, the former president’s private club and residence in Florida, and carted off more sensitive government documents, including some marked with high levels of classification.

Explore Our Coverage of the Trump Investigations

In his email, Mr. Stern noted that there were two sets of documents in particular the archives could not find: the original correspondence between Mr. Trump and the North Korean leader Kim Jong-un, and a letter that President Barack Obama had left for Mr. Trump on his first day in office.

Mr. Stern told the lawyers that just before Mr. Trump left office, the letters from Mr. Kim were placed in a binder for the president but never made their way to the archives, as required by the law. “It is essential that these original records be transferred to NARA as soon as possible,” he wrote, using the acronym for the National Archives and Records Administration.

Mr. Stern’s email was addressed to Scott Gast and Michael Purpura, two of Mr. Trump’s personal lawyers, and to Patrick F. Philbin, who served as a senior lawyer in Mr. Trump’s White House Counsel’s Office. Another official at the archives, John Laster, also received a copy.

Mr. Philbin and Pat A. Cipollone, the top White House lawyer at the end of the Trump administration, have been interviewed by the F.B.I. in connection with the inquiry into the sensitive documents stored at Mar-a-Lago after Mr. Trump left office, according to people familiar with the matter.

Aside from the letters from Mr. Obama and Mr. Kim, Mr. Stern also said that “roughly two dozen boxes of original presidential records” that Mr. Trump had kept in the White House residence during his final year in office had not been given to the archives. In his email, Mr. Stern said the archives never received the materials even though Mr. Cipollone had determined that they should have been turned over, though it remained unclear what White House officials were told about the boxes.

A spokeswoman for Mr. Cipollone and Mr. Philbin declined to comment on the email, as did an adviser to Mr. Gast. Mr. Stern and Mr. Purpura did not respond to messages seeking comment.

At one point in his email, Mr. Stern acknowledged that “things were very chaotic” at the end of Mr. Trump’s time in the White House, “as they always are in the course of a one-term transition.” He added that the transfer of Mr. Trump’s records to the archives would not be “complete for several more months.”

“But it is absolutely necessary,” he concluded, “that we obtain and account for all original presidential records.” 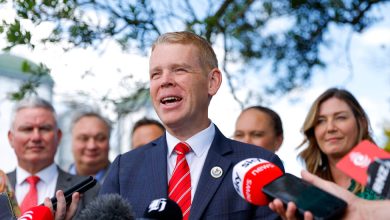 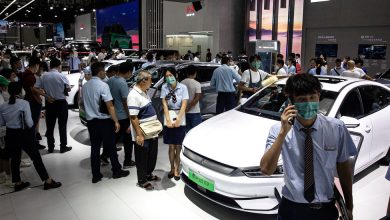 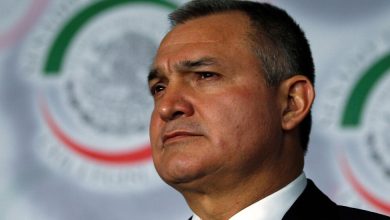 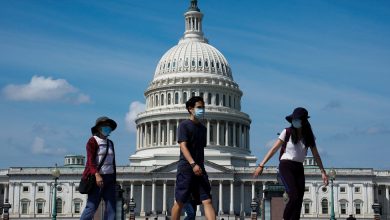 Is There a New Covid Divide? Tell Us.