NAIROBI, Kenya — Fighting erupted on the border of the Tigray region in northern Ethiopia early Wednesday, shattering a five-month cease-fire between rebels and the government and raising fears for the six million people already trapped in one of the world’s worst humanitarian disasters.

Tigrayan rebels, the Ethiopian government and local residents confirmed that fighting was taking place around the town of Kobo, in northern Ethiopia, following weeks of military buildup on both sides of the front line. Each side accused the other of firing first.

“The terrorist group attacked the eastern front,” the Ethiopian government said in a statement. “They have officially broken the cease-fire.”

Hours later, the Ethiopian Defense Ministry said that its air force had shot down a plane, coming from Sudan, that was carrying weapons for Tigrayan rebels. It did not offer further details. Mr. Getachew called the statement “a lie.”

The conflict in northern Ethiopia started in November 2020, after months of growing tensions between Prime Minister Abiy Ahmed and regional leaders who resisted his authority. An uneasy calm had reigned since March, however, after he and the rebels agreed to a truce to allow deliveries of humanitarian aid to Tigray.

Yet Tigray is still teetering on the verge of full-blown famine, with nearly half of its six million people in “severe” need of food aid and most of the rest needing substantial food aid, the World Food Program said this week.

A World Food Program convoy on its way to Tigray in June. The region has teetered on the verge of full-blown famine for much of the past year.Credit…Eduardo Soteras/Agence France-Presse — Getty Images

Mr. Abiy’s government cut off access to Tigray in July 2021 after rebels there expelled government forces from the region in the Tigrayans’ first major victory since the start of the conflict.

Although Mr. Abiy later relented under international pressure and allowed some food supplies into the region, a dire shortage of fuel and cash means that little aid can be distributed, and the situation is growing more desperate.

In emotive comments during a news conference last week, the head of the World Health Organization, Dr. Tedros Adhanom Ghebreyesus, called the Tigray crisis “the worst disaster on Earth,” and accused Western nations of ignoring the suffering there, adding, “maybe the reason is the color of the skin of the people in Tigray.”

Dr. Tedros, who was born in Tigray, made similarly blunt accusations of racism in April, comparing the tardy international response to Ethiopia with the speedy intervention in Ukraine.

The first year of major fighting in Tigray was accompanied by accounts of civilian massacres and widespread rape, initially blamed on forces loyal to Mr. Abiy, who was once seen as a beacon of stability in eastern Africa and who was awarded the 2019 Nobel Peace Prize for signing a peace deal with neighboring Eritrea.

But after Tigrayan forces expelled government soldiers from Tigray last summer and began pushing south toward the capital, Addis Ababa, they also faced accusations of atrocities in areas under their control.

Hopes for a peaceful resolution of the conflict rest with Olusegun Obasanjo, the African Union envoy and former president of Nigeria. Secret back-channel talks took place this year in the Seychelles and in Djibouti, Mr. Getachew, the Tigrayan spokesman, said in the phone interview.

But Mr. Obasanjo has struggled to win the trust of Tigrayan leaders, who have accused him of siding with Mr. Abiy and have appealed for the United States and the European Union to take a stronger role. On Aug. 2, the American envoy to the Horn of Africa, Mike Hammer, joined his E.U. counterpart, Annette Weber, on a one-day visit to Tigray.

Prime Minister Abiy Ahmed of Ethiopia in March. He was once seen as a beacon of stability in eastern Africa and was awarded the 2019 Nobel Peace Prize for signing a peace deal with neighboring Eritrea.Credit…Eduardo Soteras/Agence France-Presse — Getty Images

But soon afterward, both sides began to deploy large numbers of forces to the opposite sides of the Tigray border, said a senior Western official and a senior humanitarian official who had been briefed on the situation but asked for anonymity to discuss sensitive information. This week, the tension erupted into violence.

Hussein Nura, a resident of Kobo, said that Amhara militia fighters loyal to Mr. Abiy began pouring into the area on Tuesday. He was awakened by the boom of artillery at 5.30 a.m. on Wednesday, he said, speaking by phone.

“The situation is tense and worrisome,” he added.

There was no immediate sign that the fighting was spreading. By the most hopeful estimates, it might be contained and could even bring a sense of urgency to faltering international peace efforts.

But most analysts, and many Ethiopians, feared the clashes could spiral into a full-blown conflict. “So much depends on what happens in western Tigray,” said Tsedale Lemma, an analyst and founder of the Addis Standard newspaper.

That area, which starts about 200 miles northwest of Kobo, has been controlled by pro-government forces since the early weeks of the war in late 2020. Human rights groups have accused ethnic Amhara fighters of leading a campaign of ethnic cleansing there to force Tigrayans to leave.

Now the area is central to efforts to resolve the war, with the Tigrayans insisting on the return of that territory as a precondition. “The talks can only start if western Tigray is back in our hands,” Mr. Getachew said.

Mr. Abiy, whose forces control the area, has been pushing to start negotiations that would include discussions about the status of western Tigray, officials say. Analysts noted that the Ethiopian leader badly needs a peace deal to attract financial support for his crippled economy — and to start rebuilding his battered international image.

But, as during the last destructive round of fighting in Ethiopia, the incentives for talks could be outweighed by an impulse to fight, with disastrous consequences for civilians on all sides.

Ms. Tsedale blamed the African Union and Mr. Obasanjo for their “spectacular failure” to contain the war.

“Whether the conflict spreads or not, things can hardly get any worse for Tigrayan civilians,” she said. “Whether they die of a bullet or of a siege, they are dying anyway. That’s what we need to focus on.” 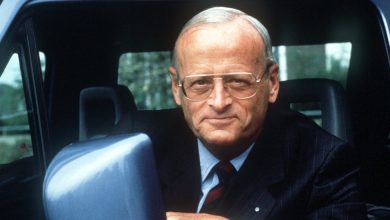 Carl Hahn Dies at 96; Made the VW Beetle Ubiquitous 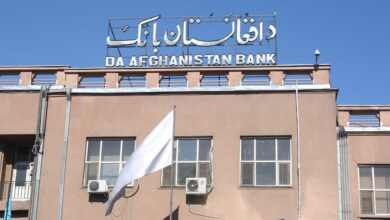 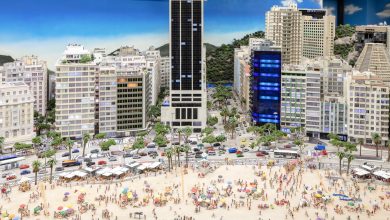 The World in Miniature: A Model Train (and Plane) Lover’s Paradise in Hamburg 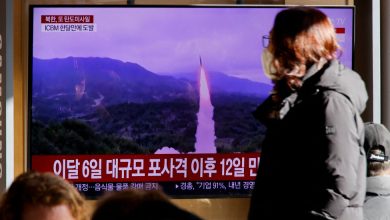