BERLIN — First, he failed to immediately contradict the Palestinian leader who accused Israel of “50 Holocausts” as they stood together in Berlin. Then he was heckled by discontented voters calling him a “liar” and “traitor.” And on Friday, he was summoned to testify in the case of a major tax scam that took place when he was mayor of Hamburg.

Chancellor Olaf Scholz of Germany has had better days.

“Shame in the chancellery,” screamed one headline in the tabloid Bild this week, while the newsmagazine Spiegel ran an exasperated column about the chancellor’s hesitant communication style: “Scholz is silent.” Germany’s chancellor, the prominent podcast The Pioneer concluded, has had “a horrific week.”

Mr. Scholz’s most recent travails come on top of a rocky start to his chancellorship. Since coming into office last December, he has struggled to find his footing as the head of Europe’s biggest democracy and as the successor of Angela Merkel, his former boss, Germany’s iconic chancellor for 16 years, a leader he likes to emulate.

His problems are not Germany’s alone.Given Germany’s economic and political power in Europe, weak leadership in Berlin has implications for leadership in the European Union as well, at a time when no other country could easily step into a vacuum. In neighboring France, the second-richest member state, President Emmanuel Macron recently lost his majority in Parliament.

Accused of being too aloof and passive in his communication, Mr. Scholz, a Social Democrat, has slumped in opinion polls since the election, falling far behind his popular vice chancellor and foreign minister, both from the Green party.

Abroad, too, his dithering has not gone unnoticed.

In February, Mr. Scholz surprised the world, and his own country, when he responded to Russia’s invasion of Ukraine with a 100-billion-euro plan to rearm Germany, send weapons to Ukraine and end his nation’s deep dependence on Russian energy.

It was Germany’s biggest foreign policy shift since the Cold War, what Mr. Scholz called a “Zeitenwende” — an epochal change — in a speech to Parliament that won applause for his leadership at home and abroad.

Mr. Scholz speaking before Parliament in February about the Russian invasion of Ukraine.Credit…Michael Sohn/Associated Press

But in the nearly six months since the invasion of Ukraine by President Vladimir V. Putin of Russia, Mr. Scholz has ruled out a gas embargo, saying it would be too costly. He is still dragging his feet on weapons deliveries to Ukraine. And according to a new report by the German Economic Institute, a Cologne-based think tank, Germany might fail — again — to meet the target of spending 2 percent of gross domestic product on defense agreed by N.A.T.O. members.

“Ever since the Zeitenwende speech it has just been a series of mishaps,” said Sudha David-Wilp, deputy director of the Berlin office of the German Marshall Fund. “Lots has been promised but when you look at what has actually been delivered it is underwhelming and we’re coming up to the six-month-anniversary of the war.”

“There is a lack of communication skills and a lot of hesitancy,” she added.

That hesitancy was on stark display on Tuesday when Mr. Scholz held a joint news conference with the Palestinian leader Mahmoud Abbas. Asked whether he was ready to apologize for the Palestinian terrorist attack at the 1972 Olympic Games in Munich that killed 11 Israeli athletes, Mr. Abbas launched into a tirade against Israel’s treatment of Palestinians.

“Between 1947 and today Israel has committed 50 massacres in 50 Palestinian locations,” he said, before adding, “50 massacres, 50 Holocausts.”

A stony-faced Mr. Scholz listened but did not verbally respond. He shook Mr. Abbas’ hand when his spokesman wrapped up the news conference immediately after.

“Such remarks cannot be allowed to stand,” said Josef Schuster, president of the Central Council of Jews in Germany. “It is scandalous that a relativization of the Holocaust is not contradicted, especially in Germany, during a news conference in the federal chancellery.”

Mr. Scholz and the Palestinian leader Mahmoud Abbas at their news conference in Berlin this week.Credit…Lisi Niesner/Reuters

Prime Minister Yair Lapid of Israel, the son of a Holocaust survivor, called it “a moral shame” that the comments were made on German soil. Friedrich Merz, the leader of Germany’s conservative opposition, called Mr. Scholz’s failure to speak up “beyond belief.”

“The chancellor should have clearly contradicted the Palestinian president and asked him to leave,” Mr. Merz said.

Mr. Scholz did eventually react, telling the tabloid Bild later that evening that “any relativization of the Holocaust is insufferable and unacceptable.” But it was not until the next morning that he sent out a tweet from his own account.

“I am deeply outraged about the unspeakable comments of the Palestinian President Mahmoud Abbas,” he wrote. “I condemn any attempt to deny the crimes of the Holocaust.”

Mr. Scholz’s spokesman, Steffen Hebestreit, tried to take the blame for wrapping up the news conference too quickly. But he failed to convince German media, which spied another reason for Mr. Scholz’s lack of responsiveness.

“The apathetic figure he cut alongside Mahmoud Abbas was unworthy of a German Chancellor,” an editorial on the news website T-Online said. “ The public needs a chancellor able to focus 100 percent on navigating the country through some exceedingly choppy waters. But a story from Scholz’s past is refusing to go away and that is currently preoccupying his mind.”

Mr. Scholz has come under increasing pressure over allegations that he helped a private bank evade a 47 million-euro tax payment to the city of Hamburg in 2016, when he was mayor. After initially denying that he met privately with one of the co-owners of the M.M. Warburg Bank, Mr. Scholz was forced to admit that they did meet after the banker’s personal calendar indicated a much.

Summoned by Hamburg lawmakers for the second time on Friday, Mr. Scholz reiterated that he did not recall what he and a bank executive talked about but insisted that there had been “no political influencing” of the tax procedure.

“There was nothing,” he said.

“I don’t believe a word the chancellor says,” Friedrich Merz, the leader of the opposition conservatives, told a newspaper on Friday. “There is hardly anyone in Germany that buys his many memory lapses.”

Along with the challenges of rising inflation, slowing economic growth and potential gas shortages — Russia’s state-owned gas company Gazprom announced Friday that gas flows to Germany would temporarily stop again at the end of the month — the accumulation of problems big and small haunting the German chancellor have weighed on his popularity.

Earlier this week he was heckled and booed by a mix of left-wing and right-wing protesters, whose angry slogans drowned out his promise of tax relief on higher gas payments during a visit in an eastern German town. Several political observers warn of a winter of protests, as Germans feel the pain of higher heating costs.

Less than one in five Germans would now vote for Mr. Scholz’s Social Democrats, according to a poll released Friday. Instead, if an election were held today, the conservatives would beat them.

“Most Germans thought he was the man who was best prepared for the job, but it seems he wasn’t really ready,” Ms. David-Wilp said of Mr. Scholz. “He may be a great bureaucrat and a responsible politician, but he hasn’t really shown the communication skills and nuances needed to be the leader of Europe’s biggest economy.” 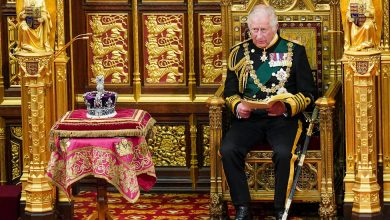 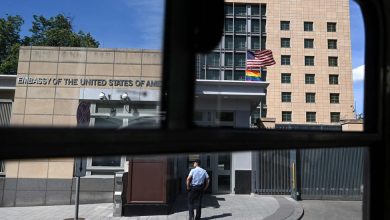 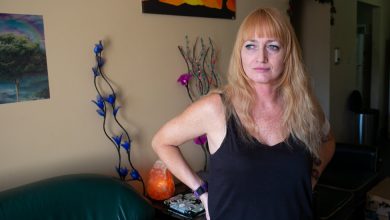 Is Choosing Death Too Easy in Canada? 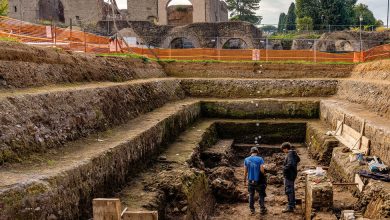 Ancient Roman Road’s Beginning Will Remain a Mystery for Now