LONDON — When a friend asked Gertrude Dudley, 78, how she was doing at a London cafe on Friday morning, she didn’t hide her emotions.

Ms. Dudley, a retired entrepreneur who sat on her grandfather’s shoulders at the coronation of Queen Elizabeth II in 1953, said the monarch had been “the fabric of Britain.” She added: “This country is in such terrible state, she was the one stability. Now she, too, has gone.”

Chrissy Mash, 29, who was shopping for food at a grocery store in London’s Islington borough, had a different reaction.

“I am surprised by how unaffected I am,” she said. “The monarchy does not serve any purpose and if it does it is superseded by the damage of colonialism,” she said. “I don’t buy into the fanfare anymore, it’s an excruciating display of a violent past.”

Signs of mourning and grief were on display in Britain’s capital on Friday as residents woke up for the first time in 70 years in a country in which Queen Elizabeth was no longer the monarch. Billboards and cinemas in the city’s main thoroughfares displayed tributes, events were canceled, and small talk about the queen kicked off first dates and business meetings.

But while the death of Elizabeth was a unifying force for many, conversations with Londoners also revealed signs of a generational divide in which many younger people expressed indifference, if not hostility, to the complicated institution the queen represented.

According to a YouGov poll taken in May, 74 percent of respondents 65 and older believe the monarchy is good for Britain, compared with 24 percent of 18-to-24 year olds.

Some younger people expressed fatigue at yet another royal disruption after two years of many crises — including the coronavirus or the war in Ukraine.Others shared amused memes about how the queen’s last public action was to appoint the Conservative Party leader, Liz Truss, as prime minister this week.

People leaving flowers outside Buckingham Palace on Friday in honor of the queen.Credit…Andrew Testa for The New York Times

Many people from older generations could be seen wearing black as a sign of mourning, or rushing to buy newspapers dominated by the monarch’s picture, and some recalled memories of a queen who has been for so long part of their lives.

Sitting in front of a candlelit photo of Elizabeth in London’s St James’ Church, Angela Kennedy, 71, a retired fashion journalist, said she struggled to cope with the loss of the queen, whom she had met and long admired.

Ms. Kennedy recalled how the queen had visited the media organization she worked for in the late 1970s. She said that while Elizabeth appeared more interested in magazines like Horse and Hound than fashion publications, she still gave the staff her time, looking “immaculate” for the visit.

“She represented a figurehead that was truly British,” she said, adding that she felt fortunate to live in a country with a monarchy like Britain’s. “I have just grown up with it, it’s just part of my life.”

That sentiment will likely be expressed at memorials being held for Elizabeth over the next 10 days, culminating in a funeral expected to take place at Westminster Abbey.

Outside St. Paul’s Cathedral on Friday, crowds gathered as a bell rang out at midday, once for each of Elizabeth’s 96 years, as they did at churches across the country. At the gates of Buckingham Palace, people laid flowers — among them the newly ascended King Charles III — and gun salutes honored the queen’s life. Fashion shows were canceled, as were labor union meetings, carnivals and protests.

Elizabeth Hastings, 69, who was named after the queen, was holding a newspaper with a picture of the monarch plastered across the front page as she walked to a yoga class.

“I was born in 1953, the year of the coronation,” she said, “I have been brought up with her reigning and I have read so much about her growing up,” she said.

Ms. Hastings said she met the queen in the 1970s when she worked at the foreign office in London, and she remembered her beautiful skin.

“Like a doll,” she said admiringly. “It’s a really sad day,” she added.

Dave Stanley, 78, a retired butcher, was walking his German shepherd in London in between the rain showers that intermittently washed over the capital on Friday.

A guard of honor prepared to meet King Charles III and the queen consort at Buckingham Palace.Credit…James Hill for The New York Times

Felix Clarke, 31, a manager at a coworking space in central London, stood at his counter seemingly unaffected by the news of the queen’s death.

He said that while every death was sad, he saw the royal family as an institution “founded on a colonial and racist past.”

Earlier in the day, his mother and sister had shared their sadness with texts on their family’s WhatsApp group, but Mr. Clarke refrained from adding his own thoughts.

Naf Raiyan, 29, who works in banking, said the queen’s death was more like the passing of a celebrity, and while he had nothing against the royals individually, “I just don’t think they’re relevant.”

He said his grandparents had lived in what is today Bangladesh when it was still part of the British Empire, and that the monarchy represented that colonial legacy for him.

“It might seem that today the royal family aren’t involved in any of that,” he said. “But that is ingrained in their roots.”

The whole concept of inheriting so much wealth, he added, “doesn’t really stick when everyone has to work for it.”

Many young people also expressed a sense of sadness, not necessarily stemming from a fondness for the royal family itself, but rather the loss of the only monarch they had ever known, and the shifting of the ground beneath them again after what had been an already difficult past few years.

With the coronavirus pandemic and the war in Ukraine, the death of the queen and the transition to a new monarch was yet another unsettling element, said Jordan John, 29, a coffee shop barista. “You wonder what’s next?”

“There’s been so much change,” agreed his colleague Erin Williamson, 24. “I’m sick of change.”

Tilly Casey, 22, who was watching a giant screen in Piccadilly Circus bearing the image of the queen’s face, said she was worried about the future.

“It’s the sense of security that she brought,” she said. “Change is the most triggering for anxiety,” she said.

Some young people said they admired how the queen, as a young woman, took on a burden of responsibility to become a global figurehead, even if they did not have any particular love for the royal family itself.

“She always meant hope for me,” Laura Bello said as she read a newspaper filled with articles about the queen while on a train. She added that she felt drawn to Elizabeth because of the pressure she imagined she experienced as a young monarch. “I don’t know Charles.”

“Now everything will start to change,” she said. “This is a new Britain now.” 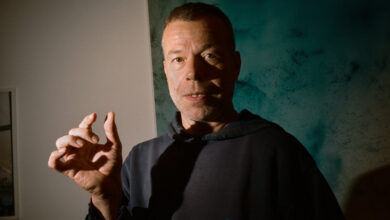 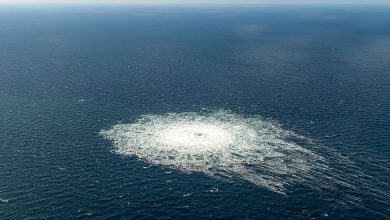 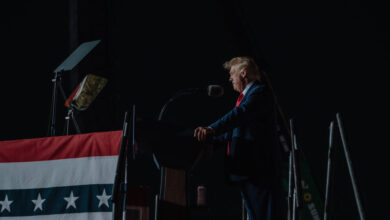 Response to Trump Search Highlights Violent Rhetoric From the Right 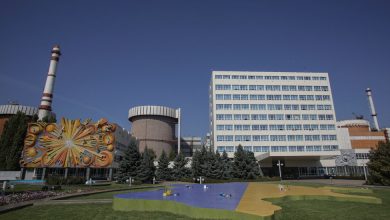 Strike Near Another Ukrainian Nuclear Plant Escalates Fears of Disaster