President Vladimir V. Putin of Russia wants to prosecute his war in Ukraine in the same way he secured the freedom on Thursday of a major Russian arms dealer: inflict so much pain on Western governments that, eventually, they make a deal.

The Kremlin pushed for more than a decade to get Viktor Bout, convicted in 2011 of conspiring to kill Americans, released from prison in the United States. But it was only this year, with the arrest at a Moscow airport of the American basketball star Brittney Griner, that Mr. Putin found the leverage to get his way.

On Thursday, pro-Kremlin voices celebrated Mr. Bout’s release, in a prisoner exchange for Ms. Griner, as a victory, a sign that no matter the desire to punish Russia over the war in Ukraine, the United States will still come to the table when key American interests are at play. Russia negotiated from “a position of strength, comrades,” Maria Butina — a pro-Putin member of Parliament who herself served time in an American prison — posted on the Telegram messaging app.

Mr. Putin’s emerging strategy in Ukraine, in the wake of his military’s repeated failures, now increasingly echoes the strategy that finally brought Mr. Bout back to Moscow. He is bombarding Ukrainian energy infrastructure, effectively taking its people hostage as he seeks to break the country’s spirit.

The tactic is threatening the European Union with a new wave of refugees just as Mr. Putin uses a familiar economic lever: choking off gas exports. And Mr. Putin is betting that the West, even after showing far more unity in support of Ukraine than Mr. Putin appears to have expected, will eventually tire of the fight and its economic ill effects.

The American basketball star Brittney Griner, who was arrested in March, was released from a penal colony on Thursday. Here, she is being escorted to a Moscow courtroom last August.Credit…Pool photo by Kirill Kudryavtsev

There’s no guarantee that strategy will work. Though President Biden yielded on Mr. Bout, he has shown no inclination to relent on United States support for Ukraine. America’s European allies, while facing some domestic political and economic pressure to press for a compromise with Russia, have remained on board.

In the face of this Western solidarity, Mr. Putin repeatedly signaled this week that he is willing to keep fighting, despite embarrassing territorial retreats, Russian casualties that the United States puts at more than 100,000 and the West’s ever-expanding sanctions. On Wednesday, he warned that the war “might be a long process.” And at a Kremlin medal ceremony for soldiers on Thursday, Mr. Putin insisted — falsely — that it was Ukraine’s government that was carrying out “genocide,” suggesting that Russia’s attacks on Ukrainian energy infrastructure would continue.

“If we make the smallest move to respond, there’s noise, din and clamor across the whole universe,” he said, champagne flute in hand, in remarks broadcast on state television. “This will not prevent us from fulfilling our combat missions.”

Mr. Putin did not comment on the prisoner exchange himself on Thursday. But in the context of the Ukraine war, there was a clear undertone to the crowing in Moscow: To supporters, Mr. Putin remains a deal maker, and he stands ready to negotiate over Ukraine as long as the West does not block his goal of pulling the country into his orbit and seizing some of its territory.

“He’s signaling that he’s ready to bargain,” Tatiana Stanovaya, a political analyst who studies Mr. Putin, said. “But he’s letting the West know that ‘Ukraine is ours.’”

Asked when the war could end, Mr. Putin’s spokesman, Dmitri S. Peskov, hinted on Thursday that Russia is still waiting for President Volodymyr Zelensky of Ukraine to accept some kind of deal: “Zelensky knows when this could all end. It could end tomorrow, if there’s a will.”

But when one of Mr. Putin’s top spies, Sergei Naryshkin, met with the head of the C.I.A., William Burns, in Turkey last month, Mr. Burns did not discuss a settlement to the Ukraine war, American officials said. Instead, Mr. Burns warned of dire consequences for Moscow were it to use nuclear weapons in Ukraine, and discussed the fate of Americans imprisoned in Russia, including Ms. Griner.

“The Russian negotiating style is, they punch you in the face and then they ask if you want to negotiate,” said Jeremy Shapiro, a former State Department official who now works as research director at the European Council on Foreign Relations think tank. “The Americans respond to that by saying, ‘You know, you just punched us in the face, you clearly don’t want to negotiate.’”

Nevertheless, negotiations on some issues have continued even as Russia’s onslaught of missile attacks has escalated, talks blessed by Mr. Putin despite occasional criticism from the most hawkish supporters of his war.

Russia’s pro-war bloggers fumed in September when Mr. Putin agreed to an earlier high-profile exchange: commanders of the Azov Battalion, a nationalist fighting force within the Ukrainian military that gained celebrity status for its defense of a besieged steel plant, for a friend of Mr. Putin, the Ukrainian politician Viktor Medvedchuk. Some critics have slammed Mr. Putin’s agreement to allow Ukrainian grain exports through the Black Sea as representing an undue concession.

President Vladimir V. Putin, third from left, inspecting the Kerch Strait Bridge this week. The bridge, which connects the Russian mainland and the Crimean Peninsula, was badly damaged in a Ukrainian attack in October.Credit…Mikhail Metzel/Sputnik, via Reuters

And then there were the talks surrounding Mr. Bout and Ms. Griner. On the surface, the exchange appeared to be a mismatch, given the wide disparity in the severity of their offenses: one of the world’s most prolific arms dealers and an American basketball star detained for traveling with vape cartridges containing hashish oil.

But Mr. Biden showed he was prepared to invest significant political capital in securing Ms. Griner’s freedom, while the Kremlin has long sought Mr. Bout’s release.

“We know that attempts to help Bout have been made for many years,” said Andrei Kortunov, director general of the Russian International Affairs Council, a research organization close to the Russian government. “He has also become a symbolic figure” for the Kremlin, he added.

Mr. Bout became notorious among American intelligence officials, earning the nickname “Merchant of Death” as he evaded capture for years. He was finally arrested in an undercover operation in Bangkok in 2008, with American prosecutors saying he had agreed to sell antiaircraft weapons to informants posing as arms buyers for the Colombian Revolutionary Armed Forces, or FARC.

Some analysts believe that Mr. Bout has connections to Russia’s intelligence services. Such links have not been publicly confirmed, but they could explain why Mr. Putin — a former K.G.B. officer — has put such stock in working for Mr. Bout’s release.

“If he were just some arms dealer and cargo magnate, then it is hard to see why it would have been quite such a priority for the Russian state,” Mark Galeotti, a lecturer on Russia and transnational crime at University College London, said last summer.

That means that the U.S. decision to free Mr. Bout — likely the most prominent Russian in American custody — represented a significant compromise. It was magnified by the fact that the United States accepted the exchange even though Russia declined to include Paul Whelan, a former Marine the Biden administration also considers a political hostage.

Some analysts believe that the decision to free Mr. Bout carries risks because it could encourage Mr. Putin to take new hostages — and shows that his strategy of causing pain, and then winning concessions, is continuing to bear fruit.

Andrei Soldatov, a Russian journalist who specializes in the security services, said that he was worried about the precedent set by Washington’s agreeing to trade an arms dealer for a basketball player who committed a minor crime.

“Back in the days of the Cold War, it was always about professionals against professionals, one spy against another,” he said. While the United States must contend with public demand at home to return a hostage, the Russians can “ignore it completely,” he said.

Now, Moscow “can just grab someone with a high public profile in the U.S. — an athlete, a sportsman,” he said. Public outcry in the U.S. “would make that position much more advantageous in terms of these kind of talks.

Tags
Russia That Ukraine War Was 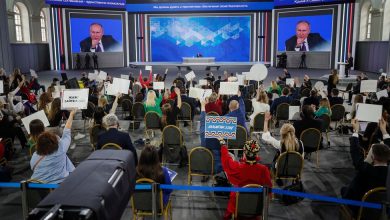 Putin won’t hold a news conference that has been a December tradition.

Biofoul: The Stowaway Turning Dream Cruises Into Trips to Nowhere 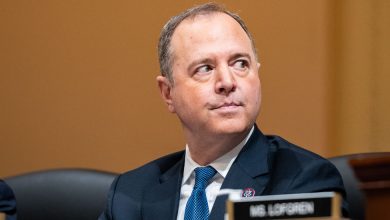 Lawmakers Signal Inquiries Into U.S. Government’s Use of Foreign Spyware 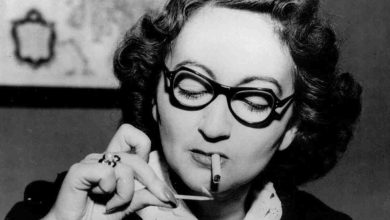