Democratic fortunes have improved markedly over the last few months, with the party overtaking Republicans on the generic congressional ballot in the aftermath of the Supreme Court’s decision to overturn Roe v. Wade.

But there’s another, simpler explanation for a Democratic turnaround, one that lines up nearly as well as abortion: gas prices.

The price of gas fell for 98 straight days beginning June 14 — 10 days before the Dobbs decision. At the time, the average price of gas nationally was over $5 per gallon. Prices were at $3.67 by the end of the streak.

While few would dispute that the Dobbs decision helped energize Democratic voters, it seems clear that falling gas prices have helped as well. After all, voters say that the economy and inflation — not abortion — are the most important issues facing the country. There’s a longstanding relationship between economic performance and the president’s standing. As James Carville once said: It’s the economy, stupid.

So is it the gas prices, stupid? It’s hard not to wonder after looking at this chart by my colleague Francesca Paris.

I first saw a chart like this from the folks at Data for Progress nearly a year ago. I’ll be honest: At the time, I thought it was a little too cute. Mr. Biden’s ratings fell most sharply in August 2021 — amid the Afghanistan withdrawal — just before gas prices really increased. The chart makes it easy for you to overlook that minor fact.

The finding also seems to imply that Mr. Biden’s ratings would have stayed high if gas prices had stayed low, but it is utterly typical for presidents’ ratings to decline during their first year in office, as postelection honeymoons fade and the messy business of governing invariably tarnishes their reputation. No special explanation was necessary.

It would probably be a little too clever to go all in on “it’s the gas prices, stupid,” and dispute the role of Dobbs or Mr. Biden’s legislative successes in explaining Democratic gains over the last few months. But on balance, the role of falling gas prices has probably been underappreciated.

After all, the Dobbs ruling didn’t seem to do any good for Mr. Biden. While Democrats immediately surged on the generic ballot, Mr. Biden’s ratings stayed low after the court’s ruling, including a paltry 33 percent approval rating in our July poll. Maybe Democrats could have sustained their post-Dobbs bounce even without any improvement in Mr. Biden’s standing, but there’s no doubt that his subsequent gains put the party on firmer ground.

Lower gas prices have also helped Democrats capitalize on their opportunities. Imagine what might have happened if gas prices had stayed high — or even kept rising to $6 dollars or more. The political environment might be very different. Voters would be furious. Republicans would be on the attack. Media coverage would be relentless, at the expense of coverage on other issues like abortion. Would Joe Manchin have been willing to support new spending bills without late-summer signs of slowing inflation? We don’t know.

Here’s what seems clear, though: A rising cost of living is often a key ingredient in political upheaval. Everyone knows about hyperinflation in Weimar Germany, but working-class riots sparked by high bread prices can figure as prominently as bourgeois liberalism in a book on the French Revolution. In this country, inflation helped spur conservative gains in the late 1970s and 1980s. Conversely, deflation — which added to the debt burden of farmers and reduced profits from food sales — helped spark calls for Free Silver and America’s strongest populist movement in the late 19th century.

When in doubt, I’d err toward believing that these issues matter more than your median affluent, very online political junkie might otherwise assume. (I’m not talking about anyone here, of course.)

Oil isn’t the only economic factor

The price of oil declined yet again on Friday, this time to its lowest level since January.

But that was basically the only good economic indicator for Mr. Biden on Friday, as the stock market fell and financial markets were roiled by inflation fears and rising interest rates.

Many economic measures have gotten considerably worse over the last few weeks. The apparent slowing of inflation over the summer gave way to a disappointing Consumer Price Index report and a new wave of interest rate hikes — not only in the United States but around the world. The stock market has been down considerably over the last month.

The poor economic news might help explain why Mr. Biden’s approval ratings stopped increasing over the last several weeks. According to FiveThirtyEight, his ratings have essentially stayed even in September.

If the economic news stays bad or worsens, low gas prices may not be enough to keep Mr. Biden’s ratings afloat. 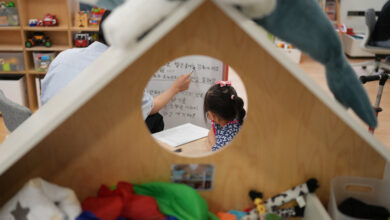 In South Korea, a Hit Show Brings Autism Into the Spotlight 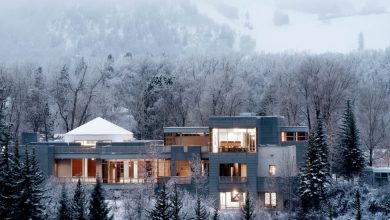 8 New Hotels for Winter Enthusiasts in the U.S. and Europe 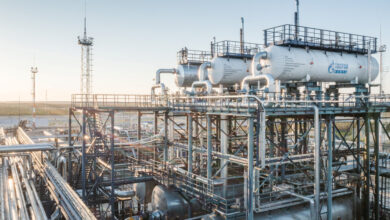 A price cap on Russian oil wins the backing of G7 ministers. 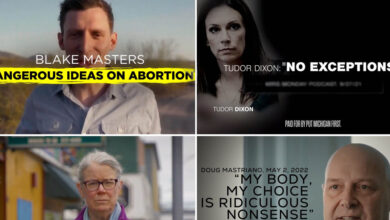