KAFR QASSEM, Israel — As Israel heads this fall into yet another election campaign, with the likelihood of yet another stalemate looming, one potential kingmaker is sitting on the sidelines eager to take part in the country’s next government.

The question is whether he will get the chance.

Mansour Abbas, the leader of a small Islamist party called Raam that made history last year by becoming the first independent Arab party to enter an Israeli governing coalition, says he would do so again.

“The process has just begun,” he said in a recent interview, discussing his political ambitions and his experience helping the former Prime Minister Naftali Bennett and Yair Lapid, now the caretaker leader, form a coalition with a razor-thin majority in 2021.

“We proved we can manage a country together,” Mr. Abbas said.

But many Jewish and Arab politicians now balk at the idea of Mr. Abbas acting as a linchpin of any future government, as debate rages in Israel over an Arab party joining another Israeli coalition.

Hailed by many as a model of national unity and healing, the Bennett government imploded after a year, and Mr. Abbas became a lightning rod for criticism from all sides.

Mr. Abbas last year with Prime Minister Naftali Bennett of Israel, then the head of the Yamina party, at the Knesset.Credit…Emmanuel Dunand/Agence France-Presse — Getty Images

He has drawn fire from Palestinians for accepting Israel as a de facto Jewish state and for rejecting accusations that it practices apartheid. Ayman Odeh, the leader of the Joint List, an alliance of predominantly Arab parties that sits in opposition in the Israeli Parliament, denounced Raam’s politicians as “pet Arabs.”

Right-wing Jews have attacked Mr. Abbas for alleged affiliations with Hamas, the militant group that controls Gaza. But he has denied any connections to Hamas, and Yihye Sinwar, the Hamas leader in Gaza, has called him a traitor.

“There is still fear and suspicion on both sides,” Mr. Abbas said in the interview, speaking in a borrowed office at the headquarters of an Islamic charitable organization, the 48 Association, in Kafr Qassem, an Arab town in central Israel.

As a divided Israel prepares for its fifth election in under four years on Nov. 1, many polls have been predicting another impasse, with neither of the main contenders for the premiership — the conservative front-runner Benjamin Netanyahu or Mr. Lapid, his centrist rival — seen as being easily able to form a majority coalition.

Most pre-election polls predict that Raam will win the same four seats in November as it did last year, the minimum threshold for entering Parliament.

That could be enough for the party to play kingmaker again — if a future government were also willing to do business with Mr. Abbas, 48, who was a little-known Galilee dentist and imam before he entered national politics and shot to prominence with Raam in the last election.

The departing coalition is unlikely to regroup in the same format after the next election and in any case is far from gaining a majority, according to most polls, even including Raam’s four seats.

Mr. Netanyahu was the first to start negotiating with Mr. Abbas, ahead of the 2021 elections, but after that effort fell through, he and his Likud party demonized Mr. Abbas and Raam.

When a Likud lawmaker recently suggested that Raam could join a Netanyahu-led coalition if Likud managed to muster 61 seats in the 120-seat Parliament, making it less dependent on the Arab party, Mr. Netanyahu denied such a plan was afoot. Indeed, he denounced Raam as an “antisemitic, anti-Zionist party that supports terrorism and represents the Muslim Brothers who aspire to destroy Israel.”

Mr. Abbas said that Mr. Netanyahu’s comments were “disappointing” and derived from his “narrow political interests,” but he has not ruled out sitting in a Netanyahu-led coalition in the future. His primary purpose, Mr. Abbas said, would be to create “new politics” and a “brave partnership” in national decision-making and to help improve the lot of Israel’s Arab minority, which makes up a fifth of the population, from the inside.

“When you are dividing up the resources, deciding for our public, I want to sit in,” he said.

Mr. Abbas took a middle way, joining the coalition after the 2021 election but not becoming a minister. Made up of eight ideologically diverse parties from the left and right, religious and secular, Jewish and Arab, the coalition was mainly bound by a desire to oust Mr. Netanyahu after 12 consecutive years in office and as he battles corruption charges in court.

Mr. Abbas cautions against rushing to characterize the experiment as a failure or a success.

“You can’t expect to solve all the problems in a few months,” he said. “A year ago, we were on the brink of civil war,” he added, referring to the spasm of violence that shook Israel in May 2021, an explosion of Arab resentment over decades of discrimination and racial tensions.

The coalition deal with Raam included a pledge of 30 billion shekels, about $9 billion, to fund a five-year plan to improve conditions in Arab society and to contend with the gun violence plaguing the community.

Benjamin Netanyahu has denounced Raam as an “antisemitic, anti-Zionist party that supports terrorism and represents the Muslim Brothers who aspire to destroy Israel.”Credit…Amir Levy/Getty Images

Mr. Abbas said that about 70 percent of the money had been allocated for specific projects, but that government approval for the plans had been late in coming.

His said his priority in a future government would be to see those plans through and to focus on civic issues affecting Israel’s Arab minority, like housing and education, and encouraging employment of Arab citizens in the high-tech industry.

Mr. Abbas also said that he had learned valuable lessons during his first time in government.

He cited an episode in which he suspended Raam’s participation in the coalition after Israeli-Palestinian tensions over a Jerusalem holy site and a deadly wave of Arab terrorist attacks. With the fate of the government in the balance, the country was forced to wait on a decision of the Shura Council, Raam’s Islamic-style advisory body, before the party could rejoin the coalition.

The episode illustrated how pivotal Mr. Abbas and Raam had become, but it also exposed the precarious nature of their positions. Mr. Netanyahu exploited the fears of many Jewish Israelis worried about the Arab influence in the government, saying it had been “held hostage by the Shura Council.”

“I admit it was an own goal,” Mr. Abbas said. “We didn’t have any experience of how to be in a coalition.”

In the future, he said, such political decisions should be left up to the elected representatives to avoid any impression “that the Islamic Movement is running the country.”

In Kafr Qassem, where 62.7 percent of the vote went to Raam in the last election, residents appeared to accept the limitations of what could be achieved in a year and to be in favor of having an Arab party sitting in government.

Mr. Abbas at a meeting for Arab sector mayors and heads of councils last year in Umm Al-Fahm. Credit…Amit Elkayam for The New York Times

“If you go backward, you’ll have no future,” said Muhammad Zbeida, 40, a grocery store owner. “If we want to live together, you need to have your people everywhere.”

“The young generation — Jews and Arabs — want a better life,” he said. “Everything takes time. You don’t build something new overnight.”

Nazir Magally, a veteran Arab Israeli journalist and author of a new book, “The Responsibility of the Minority,” praised the diverse coalition as “a good start.” But he criticized Mr. Abbas for failing to invest political capital in advocating for Palestinians in the occupied territories while sitting in a government that had ruled out peace negotiations from the outset.

He also criticized the bickering among the Arab parties in Israel, saying it was likely to drive Arab voters away.

Mr. Abbas, a married father of three who still preaches at a mosque in his hometown on Fridays, said he viewed his political path in historical terms.

“We are not the only ones having difficulty,” he said of the Arab minority in Israel.

He cited Israel’s Mizrahim, or Jews of Middle Eastern and North African origin, who faced discrimination in the early years after Israel’s creation in 1948 and gained political influence only in the 1970s, and the ultra-Orthodox Jews who became influential players in Israeli politics. 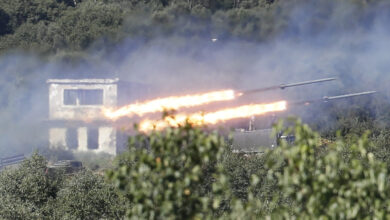 Russia Is Buying North Korean Artillery, According to U.S. Intelligence 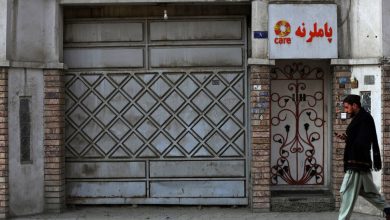 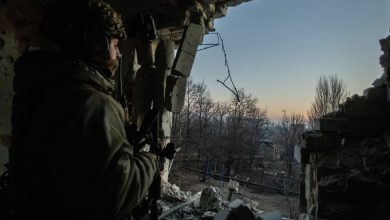 Seeing a Prize, Russia Inundates a Ukraine City With Troops 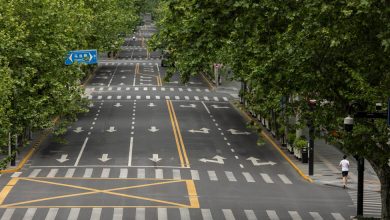