BRUSSELS — A sudden Ukrainian success on the battlefield provided a boost not only to Ukrainians but to their supporters in Europe, who face a difficult winter of soaring energy prices and inflation.

The ability of the Ukrainian military to use its Western-supplied arms to great advantage against Russia will likely increase the pressure on countries like Germany to supply more sophisticated, heavier weapons like tanks, analysts say.

“The Ukrainian counterattack demonstrates to people that it helps, what we are doing — the money and the arms supplies — that it’s not for nothing,” said Sven Biscop, director for Europe of the Egmont Institute, a Brussels research group.

After months of a grinding stalemate, a sudden push by Ukrainian forces through a weak Russian line near the northeastern city of Kharkiv turned into a rout of Russian forces, with Ukraine taking back hundreds of square miles of territory over the weekend in an ongoing operation.

“Nothing succeeds like success,” said François Heisbourg, a French defense analyst. “It’s important to be able to demonstrate that what we’re doing over the last months leads to positive outcomes,” he said of Ukraine’s Western supporters.

Those who favor strong sanctions against Russia “have been hard-pressed to prove that anything good was happening to our side and that the Russians weren’t laughing all the way to the bank without having to relinquish any of their ill-gotten gains,” Mr. Heisbourg said.

“But now it’s up to those who think sanctions are failing to prove that Russia is not hurting, because it is,” he added. “And I think there will be a new willingness to provide aid to Ukraine.”

An American volunteer teaching Ukrainian soldiers how to use a Javelin missile in southeastern Ukraine in April.Credit…Lynsey Addario for The New York Times

Alexander Rodnyansky, an economic adviser to President Volodymyr Zelensky of Ukraine, said on Monday that maintaining the momentum on the battlefield was critical because “there is increasing support in Europe, I think, as they see this,” and an understanding that they need to supply more weapons soon.

“We’re liberating our country, which until recently, many of our partners thought would be impossible,” he told the BBC from the Ukrainian capital, Kyiv.

“This shift in momentum on the battlefield, although still tentative, will buck up European resolve and make it easier for Washington to sustain trans-Atlantic solidarity on supporting Ukraine and punishing Russia’s economy.”

While the economic hit to Europe will be hard this winter and perhaps next, President Vladimir V. Putin of Russia has already used one of his last economic weapons, a near-total cutoff of natural gas to Germany.

“But the problem is more with prices now than with quantity,” said Nathalie Tocci, director of Italy’s International Affairs Institute. She noted that energy prices, while still very high, have come down a little, in part because of the efforts of the European Union and its member states to sharply reduce consumption and build up reserves.

Carl Bildt, the former prime minister of Sweden, was just in Kyiv, where he said the mood was euphoric. Europe and the United States will see that “Ukraine is not a lost cause,” he said.

But like many, he cautioned against being too optimistic.

“What Putin is aiming at is to break the will of the West, especially Europe and Ukraine, this winter, to make them freeze,” he said, citing Russia’s latest attacks on Ukraine’s energy infrastructure.

“But Putin is losing his weapon,” Mr. Bildt said. “And these days will encourage people to keep going.”

The United States and NATO countries have focused until now on providing mainly Russian-made weaponry, which Ukrainians know how to use, plus carefully selected Western weapons like anti-tank rockets and more recently and importantly, long-range artillery.

With the West largely out of Russian-made weaponry, the sensitive question of supplying more sophisticated heavy weapons, like American and German tanks, will come up, Mr. Bildt said.

An abandoned Russian tank in a village on the outskirts of Izium, an important Russian military hub that has been retaken by Ukraine.Credit…Juan Barreto/Agence France-Presse — Getty Images

“The Western stuff is more complicated with training and sophistication and security,” Mr. Bildt said. “But it’s necessary and will need to happen, so why not get on with it?”

So far, Germany has refused to send tanks to Ukraine. Defense Secretary Christine Lambrecht repeated on Monday that the United States and NATO had decided not to supply such weapons and that Germany would not do so on its own.

But pressure is growing on the German government to send them, said Liana Fix, a German expert on Russia and Ukraine.

But there are still many in Germany who worry about pushing Mr. Putin into a corner and being dragged into the war, she said.

“The jury is still out,” she added, “but a lot will depend on signaling from the United States.”

Germans wondered whether America was signaling a change on Sunday when the U.S. ambassador, Amy Gutmann, told a German television channel, ZDF: “We must do more. We are defending our own peace and prosperity at the same time we are enabling the Ukrainians to defend theirs.”

She did not go into specifics, but added, “Germany, I believe, wants to take more and more leadership, and we hope and expect Germany will do that.”

A mechanic worked on an armored fighting vehicle in April at a weapons manufacturer in Munich.Credit…Felix Schmitt for The New York Times

Ulrich Speck, a German analyst, summarized the reactions to Ukraine’s recent successes as happiness mixed with anxiety, with some saying Ukraine has proved it can win this.

But what a “win” actually looks like is not yet clear and open to considerable debate, with countries like Germany, France and the United States concerned about the risks inherent in different scenarios, Mr. Speck said.

“What kind of endgame do they prefer?” he asked. “Should the war wind down with negotiations, or should the Russians be pushed back to where they were before the invasion, or should Ukraine try to win back all” of the territory Russia has occupied since 2014?

The answers will largely be determined not just in Ukraine, but in Washington, which, like Germany and France, is eager not to widen the war.

“The status quo of stalemate or attrition was somehow comfortable for Western Europe and the U.S., which are nervous about two scenarios — Ukraine losing and Ukraine winning,” he said.

The long stalemate had the advantage of showing Russia that aggression would not pay off, while avoiding the risk that a Ukrainian victory would create “a new dynamic in Russia, one no one can control,” he said.

“Ukraine is demolishing the myth of the Russian Army and weakening Putin’s imperial project” no matter what happens next, he said. “All these are invaluable services to long-term European security, freedom and prosperity.” 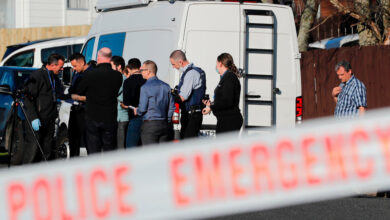 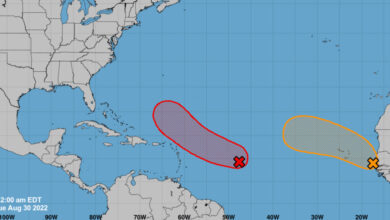 After a Quiet August, Hurricane Forecasters Are Monitoring a Potential Storm 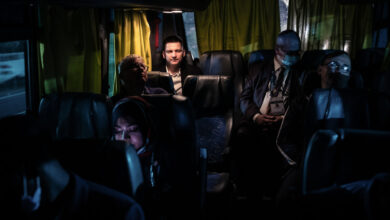 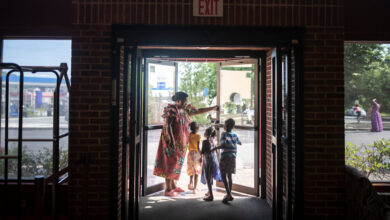 Biden Administration Has Admitted One Million Migrants to Await Hearings