UVALDE, Texas — Facing intense pressure from parents, the school board in Uvalde, Texas, on Wednesday terminated its school police chief, Pete Arredondo, who directed the district’s police response to a mass shooting at an elementary school in which the gunman was allowed to remain in a pair of classrooms for more than 75 minutes.

The unanimous vote, which Mr. Arredondo, through his lawyer, called “an unconstitutional public lynching,” represented the first direct accountability over what has been widely seen as a deeply flawed police response, one that left trapped and wounded students and teachers to wait for rescue as police officers delayed their entry into the two adjoining classrooms where the gunman was holed up.

Cheers broke out in the room as one of the board members, Laura Perez, made a motion: “I move that good cause exists to terminate the noncertified contract of Pete Arredondo, effective immediately,” she said.

Mr. Arredondo, who has led the small police force since 2020, was described by the head of the Texas Department of Public Safety as the incident commander responsible for the delayed response. Mr. Arredondo has said he did not consider himself to be in charge, and an investigative committee from the State Legislature concluded that a number of law enforcement agencies shared responsibility for what it called “systemic failures” in the response.

The school police force is one of several law enforcement agencies whose officers’ conduct during the shooting has been called into question. Inquiries are underway by the City of Uvalde into the actions of the acting police chief on that day, and by the Department of Public Safety into how its own officers responded at the school.

From the moment the meeting began in the high school auditorium, the tension was palpable. Brett Cross, an uncle of one of the victims, jumped onstage, catching the school board members off guard, and handed them a letter demanding that their deliberations, which they were about to hold behind closed doors, be open to the public.

“Our babies are dead,” Mr. Cross said. Some in the crowd yelled, “Cowards!” and, “No justice, no peace!”

After taking public comments, the board retreated to a closed session to conduct its deliberations and then returned after about 90 minutes to take the final vote in public.

Several parents and family members of the victims wore shirts with images of the victims, flowers and signs that read “Protect and Serve. Who. Yourself,” a reference to the police response.

Nikki Cross, aunt and guardian of Uziyah Garcia, 10, who was killed in the shooting, spoke during the meeting.Credit…Tamir Kalifa for The New York Times

Nikki Cross, Mr. Cross’s wife, who lost her 10-year-old nephew Uziyah Garcia, called Mr. Arredondo’s departure “the first victory” for her and the other families. “They need to fire the rest of them next.”

The massacre at Robb Elementary School on May 24 left 19 children and two teachers dead after the gunman, carrying an AR-15-style rifle, was able to enter the school with little resistance through doors that appeared to have been left unlocked, contrary to school district policy.

Mr. Arredondo’s continued employment since the tragedy had been a source of controversy in the small South Texas community. Relatives of the victims and other Uvalde residents have been packing City Council and school board meetings demanding that those responsible for the delayed police response be held accountable.

But in the statement released on Wednesday night by his lawyer, George E. Hyde, Mr. Arredondo insisted that he and his officers saved as many lives as they could with the tools that were available to them.

Though he was legally entitled to a public hearing to defend his reputation and clear his name, the statement said, he had decided not to attend the meeting because he had received death threats and feared for his safety.

Mr. Arredondo’s lawyer said the former chief was being “forced into the role of the ‘fall guy,’ ‘the sacrificial lamb.’”

When the head of the Texas Department of Public Safety cast blame on Mr. Arredondo as the purported incident commander, the statement said, it was “a smoke screen attempt to ‘blame the Mexican’!”

“One could blame God. Why did God let this happen?” the statement said. “Certainly, and without question, the only person responsible for this tragedy is the shooter himself.”

Hal Harrell, the district superintendent, has said that the decision over terminating Mr. Arredondo was complicated under the chief’s employment contract.

The school district has refused to release the specific terms of the contract, arguing that the information is exempt from disclosure because it is related to “anticipated litigation” and because of “ongoing criminal investigations” into the shooting.

Members of the Uvalde Consolidated Independent School District’s board of trustees held a special meeting to discuss the termination of Mr. Arredondo.Credit…Tamir Kalifa for The New York Times

According to general public school employment policies in Texas, school boards have a right to terminate a school district employee, including an administrator, for failure to perform duties or for good cause. Employees also have the right to challenge that decision in court.

School police chiefs in Texas do not have the same kinds of contracts and due process protections from firing that educators do, according to the Texas School District Police Chiefs’ Association.

The Texas House committee investigating the shooting found that the police response suffered from a combination of chaos and miscommunication along with “egregiously poor decision making.” Scores of officers arrived at the shooting that day, many of them standing in a hallway outside the classrooms as the gunman continued to shoot sporadically.

Instead of immediately trying to force their way in through a door or window, Mr. Arredondo and other responding officers searched for shields, backup and keys for a classroom door that investigators later found was probably not locked, according to the report.

Under the school district’s mass shooting protocols, the report said, the district police chief was supposed to lead the response.

But the statement released by Mr. Arredondo’s lawyer said the former chief was being unfairly blamed for an incident that had begun well before the gunman arrived at the school, noting that he had first shot his grandmother at her home, crashed a truck into a ditch near the school, and then fired shots near a funeral home near the school. All of these incidents, the statement said, should have prompted the county sheriff or city Police Department to assume incident command.

As the shooting unfolded, the statement said, Mr. Arredondo stood by his fellow officers on the front line, rather than retreating to an incident command post. He evacuated other students to safety but held off on breaching the classroom, it said, until his officers had the necessary breaching tools and shields to mount an operation safely.

“Would the district have preferred a gunfight with officers in the hallway to break out again, and during that firefight, say, 20 or 30 children across the hall are killed?” the statement said. “And, what if some of them were killed by police officer fire? Chief Arredondo did the right thing.”

The statement said that Mr. Arredondo had warned school administrators long before the shooting of the need for new locks and better fencing, and was now being blamed for a tragedy that might have been prevented had administrators responded more quickly to his recommendations.

A makeshift memorial outside Robb Elementary School, the site of the mass shooting that killed 19 children and two teachers.Credit…Tamir Kalifa for The New York Times

Other officers and staff members at the school have also been under scrutiny for their role in the response. Lt. Mariano Pargas, who was the acting chief of the Uvalde Police Department that day, has been placed on administrative leave as the city conducts its inquiry.

The school district briefly placed Mandy Gutierrez, who was the principal at Robb Elementary, on administrative leave, according to her lawyer, Ricardo G. Cedillo. In a statement, Ms. Gutierrez pushed back on assertions that lax security and faulty locks contributed to the deaths. She was reinstated days later and has since been reassigned to another administrative position with the district.

The report released by the House committee revealed that school administrators had been slow to fix broken locks and had often not ensured that doors were properly secured.

A teacher who survived the shooting told investigators that he had reported a malfunctioning lock in his classroom that was never repaired.

A speedier response could have saved the lives of at least some of the wounded, the state investigators found. Some of the victims died on their way to the hospital. “It is plausible that some victims could have survived if they had not had to wait,” the report said.

During his testimony to the committee, Mr. Arredondo said that he might have responded more forcefully had he known that there were victims who were still alive inside the classrooms. “We probably would have rallied a little more, to say, ‘OK, someone is in there,’” he told investigators.

Mr. Arredondo resigned in early July from a City Council seat he had won shortly before the massacre. In a public letter at that time, he said that stepping away was “in the best interest of the community” and that he had decided to do so in order “to minimize further distractions.” He said the mayor, council and city staff members “must continue to move forward to unite our community, once again.” 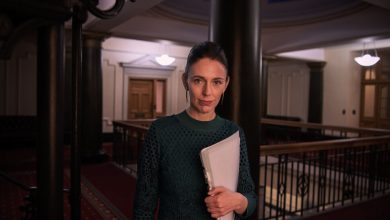 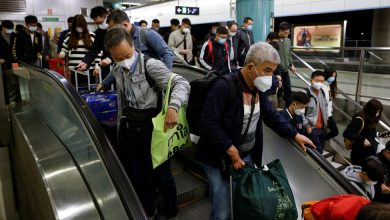 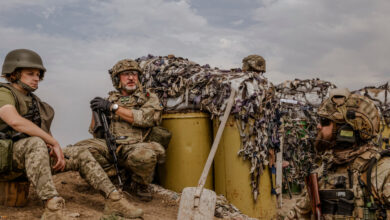 Ukraine Chips Away at Russian-Held Region, but Task Is Daunting 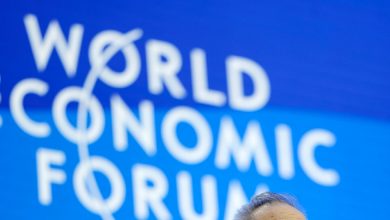