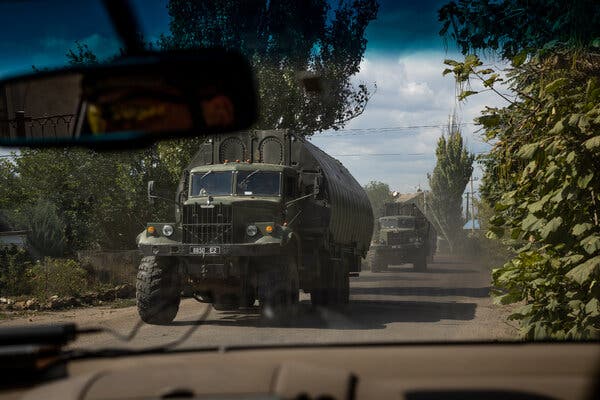 Ukrainian forces moving near the Kherson front this month. Credit…Jim Huylebroek for The New York Times

The pressure on Russian forces in southern Ukraine deepened over the weekend. Ukrainian forces conducted strikes on Russian military strongholds, targeted sites used by local officials loyal to the Kremlin and continued to hit the supply lines for thousands of Russian soldiers on the western bank of the Dnipro River.

Ukraine has been pushing a counteroffensive in the south for weeks, trying to wear down Russian fighters and force their surrender or retreat. But unlike in the northeast, where the Russian lines were quickly overwhelmed by Ukraine’s lightning assault, Russian forces in the south have spent weeks fortifying their positions against an expected Ukrainian advance.

Despite the increasing pressure, there was no indication of any mass Russian withdrawal, and Russian forces have continued to assault Ukrainian positions and pound Ukrainian towns and villages. The city of Kherson and the surrounding region are the only land held by Russia west of the Dnipro.

In other news from the war:

Queen Elizabeth II has been lying in state at Westminster Hall since Wednesday.Credit…Andrew Testa for The New York Times

The ten days of commemorations and mourning that have followed the death of Queen Elizabeth II will culminate today with the queen’s funeral at 11 a.m. (London time) at Westminster Abbey. The event will draw dignitaries from across the globe and a massive worldwide audience watching online and on television. Here’s the schedule.

The invitees do not just include royalty, heads of state and prime ministers. Buckingham Palace has announced that the congregation will include almost 200 people who have been honored for various forms of public service. Many of those on the guest list scrambled to help during the pandemic; others have given to support their communities over the years.

Ahead of her funeral, President Biden paid homage to the queen. “She was the same in person as her image: decent, honorable and all about service,” he said. The president had previously compared Elizabeth to his mother “in terms of the look of her and just the generosity,” he said last year.

Welsh dispatch: A disaster in the village of Aberfan almost 60 years ago forged an unusual link between the community and the queen. The atmosphere ahead of the funeral — quiet grief coupled with brief flashes of dissent — encapsulates the national mood.

“The Queue”: Tens of thousands of people have waited up to 24 hours to see the queen lying in state. Their individual acts of mourning commingled into a vast national expression of bereavement.

Administering a Covid booster shot at a nursing home in New York City.Credit…Andrew Seng for The New York Times

Omicron boosters arrive in the U.S.

Amid confusion, eagerness and vaccine fatigue, the U.S. last week began a new campaign to get Omicron-specific boosters into the arms of a pandemic-weary country. It has scrapped most requirements to mask, quarantine or distance, making the vaccines among the last remaining weapons in the arsenal against the coronavirus.

Millions of doses of boosters targeting the hyper-contagious variant have arrived with little ceremony, ready to be administered in what health officials now expect to become a yearly inoculation ritual akin to a flu shot. Early numbers from states and several cities showed what health officials described as a robust early response.

Unlike in earlier waves of vaccinations, the campaign was so understated that some Americans willing to get boosted did not even realize a new shot was available. But for others, worried that their immunity has waned, the new shots, which are tailored to protect against both Omicron and the original version of the virus, could not come soon enough.

Statistics: About 68 percent of Americans are fully vaccinated with the original shots, but only one-third have gotten any booster shot, even though they first became available in September 2021.

In the city that never sleeps, some doors now close at 10 p.m.

On a recent night out, startled customers all over New York City grappled with scaled-back hours at formerly up-all-night institutions. But the evidence suggests that late night nibbles of the Big Apple, even while they may have morphed and moved, have not entirely disappeared.

Kalvin Phillips has rare ability, but his shoulder injury is a problem: The Manchester City midfielder has a rare set of skills, with the ability to play long attacking passes while offering a strong defensive repertoire. It’s why Gareth Southgate will be desperate for him to make the World Cup.

Inside Keira Walsh’s Barcelona debut: The England star has become the most expensive player in women’s soccer and has made an immediate impact in Spain. She says the training and intensity are “incredible.”

The master of reinvention: For all his incredible skill and self-belief, Roger Federer’s continual adaptations show he never thought he was above evolving his game. In so doing, he also completely transformed the sport of tennis.

Farewell to ‘The Phantom of the Opera’

“The Phantom of the Opera” is the longest-running show in Broadway history. Based on Gaston Leroux’s 1910 novel, which inspired a Lon Chaney movie, this symbol of musical theater will drop its famous chandelier for the last time in February after 35 years. The show becomes the latest to fall victim to the drop in audiences since the pandemic hit.

The show, about a mask-wearing opera lover who haunts the Paris Opera House and becomes obsessed with a young soprano, is characterized by over-the-top spectacle and melodrama. A 1988 review acknowledged: “It may be possible to have a terrible time at ‘The Phantom of the Opera,’ but you’ll have to work at it.”

Speaking about the decision to end the show’s run, the producer, Cameron Mackintosh, said: “I’m both sad and celebrating. It’s an extraordinary achievement, one of the greatest successes of all time. What is there not to celebrate about that?”

By the numbers: On Broadway, the show has been seen by 19.8 million people and has grossed $1.3 billion since opening.

These meatballs are light, complex and incredibly tender.

How to nurse a vulnerability hangover.

P.S. Join The Times for Climate Forward, a deep investigation into the nexus between climate change and many critical international issues.

The latest episode of “The Daily” is on deep-sea mining. 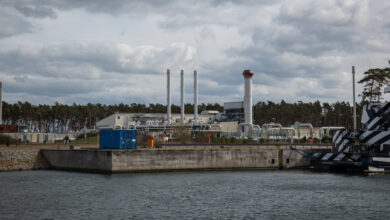 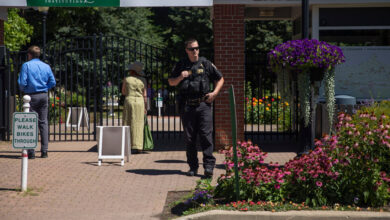 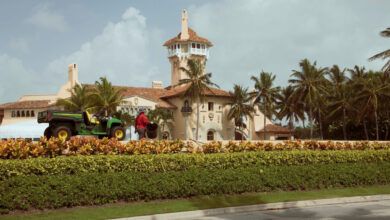 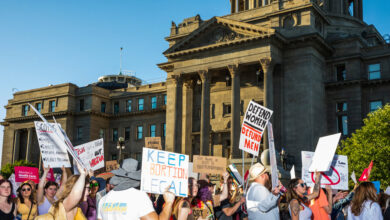