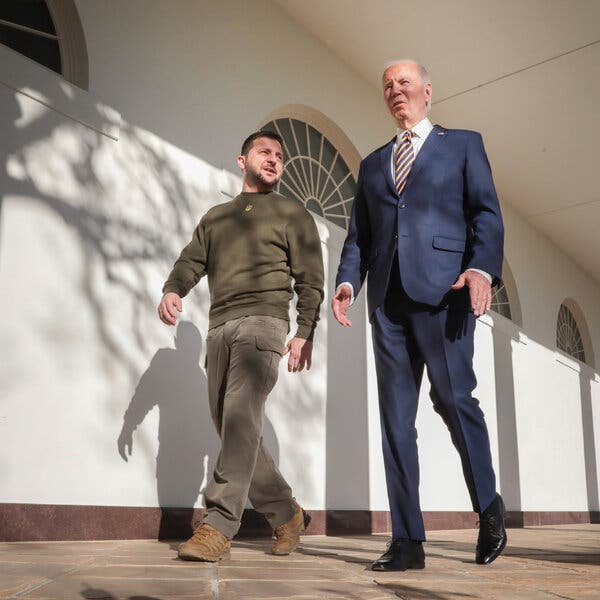 President Volodymyr Zelensky of Ukraine met with President Biden at the White House during his first trip outside Ukraine since the Russian invasion began in February. The visit amounts to a daring show of solidarity with Ukraine’s most powerful ally and its largest foreign supplier of weapons.

Sitting next to Biden in the Oval Office, Zelensky spoke in English and expressed “all my appreciations, from my heart, from the heart of Ukrainians — all Ukrainians” for the U.S. support. Biden told Zelensky that the Ukrainian people “inspire the world.”

Zelensky will deliver an address to a joint session of Congress later in the day in which he will again express gratitude but stress that Ukraine still needs more powerful weapons, according to Ukrainian politicians. Follow our updates.

The U.S. announced a new aid package of $1.8 billion that includes a Patriot missile battery, the most advanced U.S. ground-based air defense system. The Patriot could help Ukraine defend against Russian missile and drone attacks that have targeted its energy infrastructure. In military circles, the Patriot is viewed as a security blanket, protection from incoming fire.

More aid: Zelensky’s trip came after U.S. lawmakers proposed $44 billion more in emergency aid to Ukraine, which would bring the total U.S. wartime assistance to more than $100 billion. But many Republican lawmakers are hostile to authorizing more money to Ukraine just as they are poised to take control of the House of Representatives in January.

Russia: In a speech to defense officials yesterday,President Vladimir Putinacknowledged Russia’s shortcomings but agreed to an increase in the size of Russia’s armed forces. He said there would be “no limits in terms of financing” Russia’s campaign in Ukraine.

In his first three years as president, Donald Trump paid $1.1 million in federal income taxes, according to tax data released by a U.S. House committee. But by the end of his term, he reported large losses and paid no taxes in 2020.

Trump began his presidency experiencing the sort of large business losses that had defined much of his career. His fortunes turned in 2018, as he reported $24.3 million in adjusted gross income, largely because he sold properties or investments.

He also reported a gain in 2019, but in 2020, as the U.S. staggered under the coronavirus pandemic, his finances reversed course: Trump reported a loss of $4.8 million and paid zero income tax.

Details: During his presidency, the entirety of his core businesses — mostly real estate, golf courses and hotels — continued to report losses every year, totaling $60 million.

Context: The committee’s vote to release Trump’s taxes was the culmination of a yearslong battle. Trump had broken with tradition by keeping his finances confidential during his campaign and while in office.

Delayed audit: The House committee also said that the I.R.S. failed to audit Trump during his first two years in office, despite a program that makes the auditing of sitting presidents mandatory.

Background: In 2020, The Times released findings of an investigation into his tax-return data that showed years of tax avoidance.

“Now I don’t even have the motivation to survive,” a 19-year-old said.Credit…Kiana Hayeri for The New York Times

The Taliban have barred women from attending universities, another sign that Afghanistan’s government has all but reinstituted its hard-line rule from the 1990s. In recent weeks, the Taliban government has reinstated Shariah law, with public beatings and one execution.

The latest move is another blow to young women, many of whom were raised in an era of relative opportunity. They have seen their rights disappear since the Taliban took power last year.

The restrictions are also likely to threaten the influx of badly needed aid to Afghanistan, which has kept the country from the brink of famine as it grapples with economic collapse.

Border tensions: Pakistan’s military raided a detention center near Afghanistan after Pakistani Taliban militants held there took hostages to try to break out. There has been a recent resurgence in violence from the militants.

Relations between Australia and China have been thawing recently.Credit…Lukas Coch/EPA, via Shutterstock

The celebration may be the biggest open-air party in Buenos Aires’s history.Credit…Rodrigo Abd/Associated Press 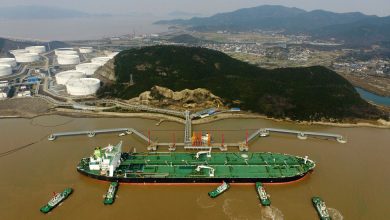 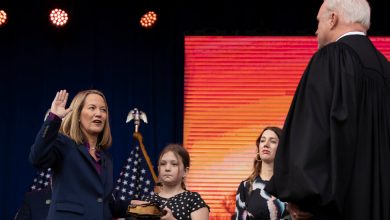 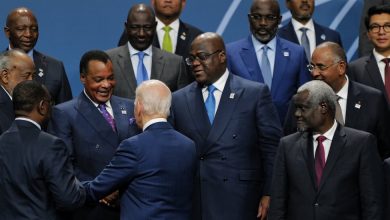 Biden Courts African Leaders, but Some Are Skeptical of Big Promises 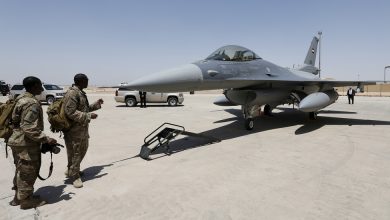 What ‘No’ on F-16 Fighter Jets Might Mean for Ukraine